How many people would defend Lithuania in case of a military conflict? 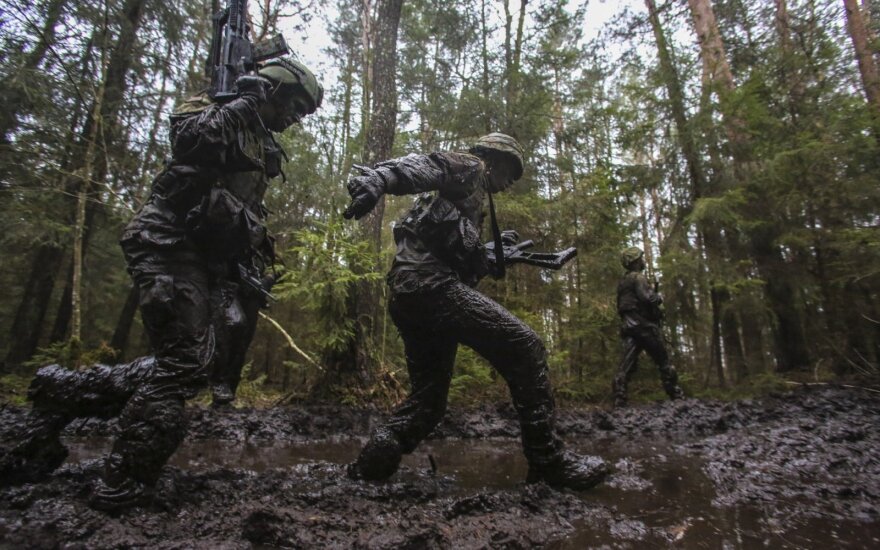 If today we needed to defend our country, then 4 out of 10 Lithuanians would do that. This was shown by the latest survey. The data also revealed the link with how the quality of life is evaluated in Lithuania. Even if the numbers don't seem impressive, the experts say that the results are better than they expected, TV3.lt reported.

The survey was initiated by the Ministry of National Defence to evaluate how the public reacts to the current threats.

Patriotism is expressed in other forms

Ainė Ramonaitė, professor at Vilnius University Institute of International Relations and Political Science (VU TSPMI) and the head of the research, says that the results were surprising. "I can say that they are better than I thought. When comparing it to the overall atmosphere is that everyone says that everything is bad in Lithuania, there is little patriotism, everyone is passive in the elections and wants to emigrate. The dominant opinion is that we're not patriotic. I'd say that the results are quite good and that we're more patriotic than we think. We're just patriotic in other forms than we think" said the professor.

"The knowing that we have to defend our country is deeply rooted in our consciousness. And if a person doesn't go to vote, then it doesn't mean that he wouldn't defend his country if the need arose. The overall view is quite good. And I have noticed that if there is a need then there is the belief in other citizens and that they could mobilize" A.Ramonaitė mentioned the main tendencies.

Not everyone will rush to defend

The answers are not united even if the tendencies are positive. They differ in sex and age.

On the other hand, it's not as if everyone said that they would pick up guns and go to defend the country. Because the younger ones, who have military training, are prepared to defend. For example, women often responded with "I don't know" because they possibly didn't understand how they could do that. Maybe not with guns but still not sure how" said the head of the research.

42 per cent of responders are sure that they would join in defence, 25 per cent would not, and the remaining third is not sure. The research shows that personal determination to join the defence depends on the sex and age: 66 per cent of males aged 16-29 would personally join the defence, and the will to do this in the group of same aged women or men over 70 years old is much lower. "The women seemed to be more passive. Maybe it's a survival instinct. However, if the instruments are clearly provided, then the divide is much smaller" said A.Ramonaitė.

It is highly dependent on the quality of life

A.Ramonaitė says that the determination to defend the state depends on how the people evaluate the quality of life in Lithuania.

"We also had questions about emigration. They are clearly linked. Those who are tired of living here and want to emigrate are more likely not to defend the country. They find it more acceptable to leave and that's what they would do in case of war. And for those, who find life in Lithuania good, would defend it" the political scientist commented on the survey data.

"It is strange that parents of underage children are more ready to defend the state. There is a part of people who find the conditions good, see their future here and plan to defend their homeland. However, the number of people who wouldn't defend the country and would leave instead, is not large. They don't make up the critical mass" said A.Ramonaitė.

40 per cent said that they would stay and live her, 24 – would probably stay, 11 – would attempt to leave and 13 per cent would definitely leave. "It is not ideally positive, but I think that it's getting better." A.Ramonaitė said to tv3.lt.

More than 88 per cent think that it is everyone's duty to defend their homeland. 78 per cent were sure that if Lithuania was attacked, then we should respond with guns.

35 per cent are sure that Lithuania is capable of holding off until allies would arrive to help, but 71 per cent have doubts that NATO would actually defend Baltic states if they were attacked.

Vytautas Bakas, chairman of the national Security and Defence Committee is positive here.

"I will give my opinion despite the fact that social problems were highlighted after Farmers came into office. Both emigration and participation is high. These are the consequences when we talk about our main values, when people are ready to defend them, the state and democracy. It is truly inspiring and we can use it as a basis to create and improve our country" said V.Bakas.

"It's good when despite the social hardships people are ready to defend the state in the event of aggression and are ready to join in the improvement of hardships and look for solutions" commented the member of the Parliament.