the Lithuania Tribune
aA
With falling oil prices, oil has started becoming a burden on nations that produce it but oil importers like Lithuania have been prospering from the price drop. 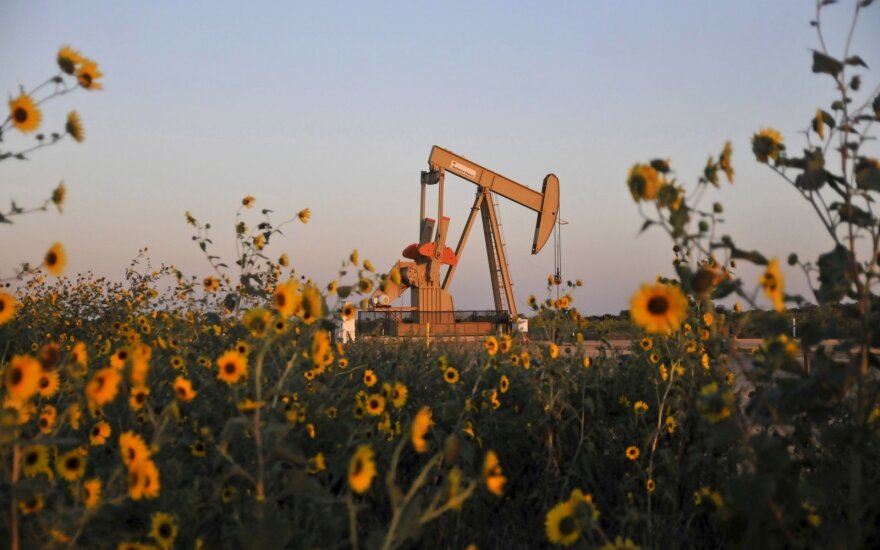 The Lithuanian economy, companies and consumers are all benefiting from rock bottom international oil prices. About 18 months ago, Orlen Lithuania, the Polish multinational with an oil refinery in the Lithuanian city of Mažeikiai, was preparing to fold. Now with oil prices that have dropped dramatically the company is turning a profit of several hundred million euros a year.

Lithuania’s transport sector suffered greatly when Russia imposed its trade embargoes on Lithuanian products, but since 2014, their profits have increased significantly.

For consumers, with oil prices hitting all-time highs over $100 a barrel several years ago, many drivers feared that petrol in Lithuania might pass the painful 5 LTL-per-litre mark. Now, petrol prices are below 3.5 LTL, or €1, per litre.

With a few exceptions, Lithuanians are profiting from the oil price drop across the board.

A year and a half ago, there were signs that Orlen Lithuania's Polish parent company might restructure or shutter its Lithuanian partner. In 2014, the company lost €109 million, with a loss of €62 million in the fourth quarter alone.

A year later, however, the company made a profit of €217 million, making it the Mažeikiai oil refinery's best year since 2006, when it was acquired by its Polish parent company.

“The oil refinery experienced a benefit because the profit margins for refining oil grew around the world, and the price difference between WTI and Brent oil dropped. A couple of years ago, there were discussions about whether Orlen would continue operating. Now, however, we see it operating very successfully and profitably, precisely because oil prices have fallen,” Nerijus Mačiulis, Swedbank's chief economist, told 15min. 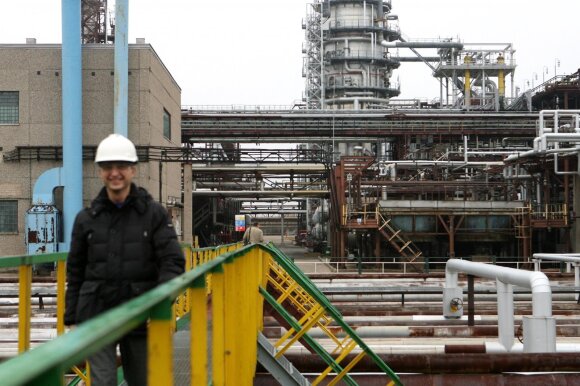 In June of 2014, the price of a barrel of oil was about US$110. Now, that same barrel would cost around US$30. This makes petrol cheaper as well. Petrol prices haven't dropped by the same amount, of course, because oil prices are just a small part of the final cost of petrol. In some countries, like Russia, oil prices are an exceedingly small part of the final price of petrol – oil forms barely 7% of the price, while 65% of the price consists of taxes.

“Petrol station chains experience benefits because petrol consumption increased. Last year, it increased by almost 10%. This was not just because drivers drove more often. The share of black market petrol in Lithuania's market has also fallen, less trucks drove to Russia, and the price difference between black market and legal petrol decreased. That's why we saw increased consumption of legal petrol,” said Mačiulis.

Other sectors of the economy also experienced the benefits of this price drop, said Mačiulis.

Lithuanian residents managed to save €260 million overall due to the price drop, and unless they put that money away in their savings, they spent that money elsewhere – on services, retail items, and so on in Lithuania, boosting the economy.

Other winners mentioned by Mačiulis included energy consumers in the energy sector, the agricultural sector, and the logistics sector. All three are highly sensitive to oil prices, with oil a key industry input.

Because of the Russian economy's reliance on oil, Lithuanian companies working in, with or exporting to the Russian market may have suffered due to the drop in oil prices. When oil prices drop, the purchasing power of consumers and companies in Russia also drops.

“Because Russia's sanctions chased people out of that market, it has become hard to find companies that would suffer because of falling oil prices. There is still re-export into Russia, however. You'd have to look at who re-exports there more. For companies like that, Russia's market will keep contracting,” said Gitanas Nausėda, advisor to the president of SEB Bank.

“The export of Lithuanian products into Russia fell by more than 50% – partially because of the embargo and partially because of Russia's [economic] crisis. This is a small loss, however, because those companies have been able to adjust and diversify their markets,” he added.

With the exception of Russia, almost all of Lithuania's international trade partners are oil importers, meaning that they are experiencing some or most of the same benefits that Lithuania is enjoying, meaning there shouldn't be any significant problems in those markets in the near future.

Lithuanians in Norway may be hit

Norway is one exception. The oil industry makes up a fifth of Norway's economy, but because the country is not a significant international trade partner for Lithuania, analysts do not believe that the situation will be very problematic.

Low oil prices may slow the growth of the oil and petrol sectors in Norway, but other Norwegian sectors will profit from a falling krona, which will make Norway's exporters for competitive.

“We shouldn't make too much of the falling oil prices' effects on Norway. Theirs is a strong and competitive economy that isn't as reliant on oil prices as countries like Russia, Venezuela or Nigeria,” said Mačiulis.

Lithuanians working in Norway's oil sector may have lost out – some have lost their jobs, while others may have had their wages reduced. The oil sector was forced to shed hundreds of jobs, and the country's unemployment rate grew from 4 to 4.5%.

Regardless of the downturn, Mačiulis said “any European Union state would dream of having [unemployment] numbers like that.” The one other negative impact for Lithuania is that the falling value of the krona will reduce the value of the savings of people who are sending their hard-earned cash home to Lithuania from Norway.

Lithuania one of the biggest energy importers in EU

Lithuania 's dependency on energy imports in 2014 was one of the largest among the 28 European Union...