Hoax repeats – made up stories with children 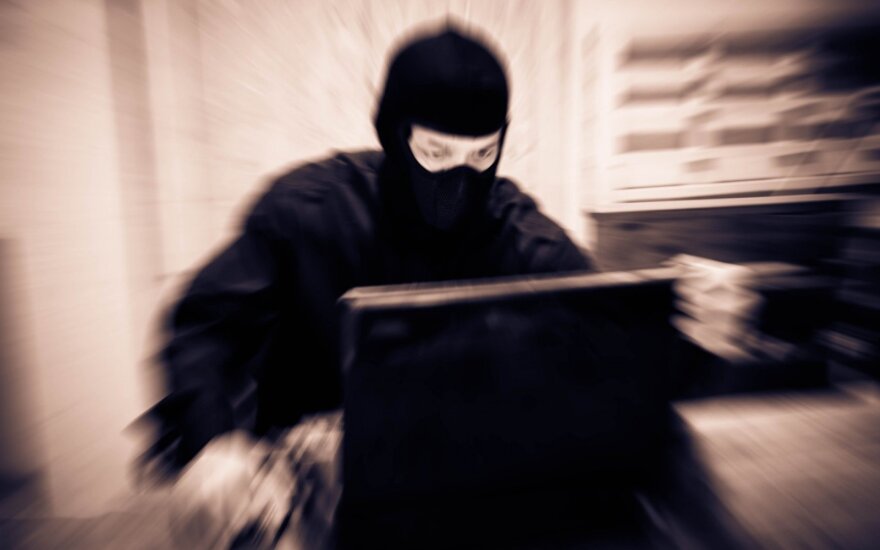 Immediately prior to February 16, the Seimas approved two pieces of legislation that will be significant two the country and its future – banning violence against children and ratifying an agreement on US troops‘ status in Lithuania, without which it would be more difficult for the troops to be stationed in Lithuanian military bases. At the same day the Seimas Speaker received an email that supposedly a fifteen year old girl from a Jonava region orphanage was surrounded while returning from school and later raped by a crowd of German speaking inebriated uniformed German troops, LRT.lt reported.

The story is notably similar to ones from Berlin and Sloviansk where it was also the most vulnerable, children, who suffered. In all the cases it surfaced that the stories are completely false. Falsified news and disinformation are a product of information attacks, a favoured tool of Russian propagandists. The events with children were manufactured, however situations can also be provoked, for example last year in Latvia when a fight was provoked with US troops, recorded by a journalist who supposedly unexpectedly appeared from somewhere. In regard to the girl in Jonava it is a clear attempt to compromise our allies protecting the Eastern border of NATO.

“The potential victims were questioned, other information was reviewed. Today we can state that it was false. An inquiry has been initiated due to this and a criminal case launched. Prosecution will be initiated for submitting a false crime report in awareness,” Chief Prosecutor of the Kaunas district Darius Valkavičius said.

The head of Kaunas police said that distribution of false information risks a fine, community service or two years of imprisonment. The perpetrator is being searched for.

“We believe that the date and form were selected to discredit both Lithuania and our NATO allies. A cyber-attack was performed,” the Kaunas district Chief Police Commissariat head Darius Žukauskas said.

The director of the Jonava region orphanage has stated that no Daina Adamkutė has ever worked in the institution.

“This is simply false information. Such a person, this Daina Adamkutė has never worked with us. Slander, massive slander. Facts do not match and the girls themselves said that they could not have imagined that they would be taken in for questioning about such a thing,” the director of the Jonava region orphanage Emilija Markucevičienė said.

It has already been uncovered what country’s server the email originates from. Officials have yet to reveal what country, however it is not from within the EU. The Seimas National Security and Defence Committee head says that such disinformation seeks to antagonise people, countries and initiatives that aim to ensure the security of people and country.

“This is an act of information aggression. There are no borders to information, cyber aggression. This is a completely new phenomenon that not only Lithuania is faced with, but all of the European Union and the USA. We have to trust one another more because disinformation primarily seeks to conquer hearts and minds,” the Seimas National Security and Defence Committee Chairman Vytautas Bakas said.

Communications specialist Karolis Zikaras also says that such information attacks have to be dealt with in time because they are performed in the hopes of taking over people’s emotions.

“There are attempts to attach certain emotional labels to certain groups of people (in this case – German troops). The label in this case would be “child rapists”. Children are a sensitive topic for all societies in the world,” Zikaras stated.

Similar information aggression was organised in Berlin last year. Its centre was thirteen year old Liza from a Russian expat family living in the city, who was supposedly raped for thirty hours by three immigrant Arabs. First of all the fake story appeared in a small news portal in Germany and was soon grabbed by Russian news media.

An investigation by Berlin police denied the allegation and the Pervyj Kanal journalist Ivan Blagoj was threatened with prosecution.

With Germany speaking up for continued sanctions for Russia and cooled bilateral relations, the Russian Minsiter of Foreign Affairs Sergei Lavrov publically accused German officers having supposedly concealed the Russian girl’s kidnapping and rape. However Germans were most surprised by 700 local Russians gathering in protest by German Chancellor Angela Merkel’s administration with posters “Take your hands off our child”.

Another fake story with a child was also released by Russian television – supposedly on Sloviansk Ukrainiain troops crucified a thirteen year old boy on a notice board, while dragging his mother with a tank until she died. The fake story was confirmed by just one woman. Later it surfaced that she is well known to police as a provocateur and she had already crossed the Russian border by then.
Minister of National Defence Raimundas Karoblis has declared that the falsified report about the supposed rape of a girl in Jonava by German troops could have been an attack of Russia or other actors. By the way, members of Seimas were distributed an email which urged to not support the ratification of US troop’s status in Lithuania because supposedly the members of Seimas would then lose their status.

In September the Western Russian military district and a military training ground on the Belarussian border with Lithuania will feature the largest to date attack oriented exercises Zapad which, according to V. Bakas, will be modelled based on scenarios of invading the Baltic States. He claims that the increasingly frequent information attacks show that the Zapad exercises have already begun.

K. Zikaras reminds of the 2013 Russian Federation General Headquarters chief’s statement – “He claimed that in contemporary warfare there are numerous phases and military conflict begins far from what are understood as traditional military operations. Firstly political and economic means are employed. The situation is escalated and finally military force is put to use. Information attacks happen before all of these political, economic and other means. They also continue throughout the military campaign.”

As such by elaborating on such an approach, Gen. Valery Gerasimov made it clear that the Russian military understands military conflict. As such the false stories with hurt children at their core only confirm his words.

Hoax about offence by German troops came from outside EU

The false report to parliamentary speaker and the police about an alleged rape of a small girl by...

Lithuania deserves our defence - German Minister of Defence in Munich

Grybauskaitė thanks German president for sending troops to Lithuania

In her congratulatory message to the German -led NATO battalion in Lithuania, Germany's Defence...