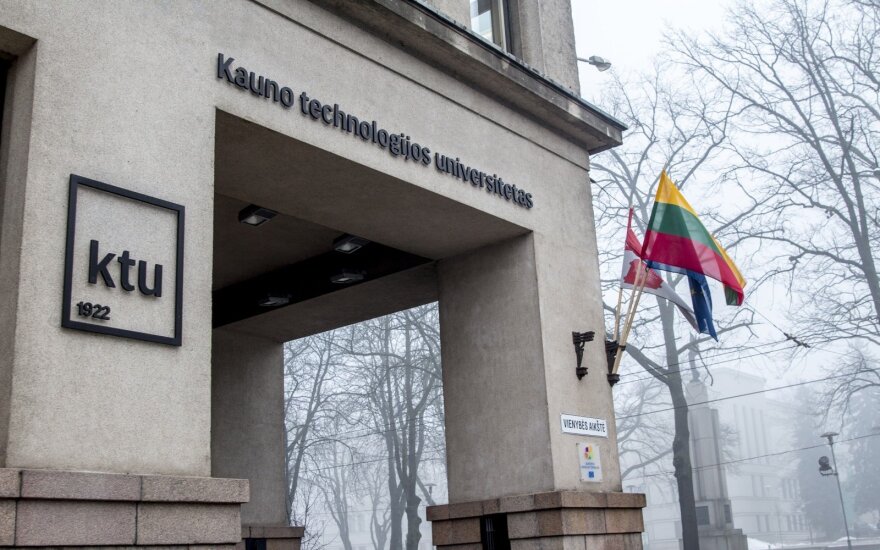 When asked whether the higher education reform will provide universities with the opportunity to negotiate mergers among themselves or whether there will be certain restrictions to abide by, one of the authors of the reform plan presented to Seimas – Seimas Committee of Education and Science (ŠMK) chairman Eugenijus Jovaiša responded with "Good question. Universities, as academic communities, must feel responsibility for our higher education and seek potential connections on their own."

"The most important factor envisioned in the reform model is that the state will finance higher education institutions based on their work quality metrics. This will decide the universities' willingness to merge or not to, in the pursuit of quality studies," E. Jovaiša explained.

The politician accented that in the future universities will have to form contracts with the state, committing to how many and what specialists they will prepare. He cites the model as being present around the world, with inspiration being drawn from the experiences of Austria, Finland and other countries.

As for what specialists will be required, according to E. Jovaiša, this will be indicated by relevant institutions, while higher education institutions will have to convince a government workgroup that their programmes are the best and most suited for fulfilling the needs of the state.

ŠMK member, conservative Mantas Adomėnas assured that the "Farmer" higher education reform plan is totally chaotic, lacking content and would simply require yet another reform in the future.

"The universities will now merge based on street market rules – whoever is the highest bidder. This will open up a number of venues for corruption. Why is LEU so insistent on merging with VDU, though its community supports merging with VU? In my opinion, VDU is seeking to establish a foothold in Vilnius by attracting LEU and also because of some of its study programmes. For example political science, though such studies have already long been in the VU Institute of International Relations and Political Science," M. Adomėnas stated.

Social democrat member of Seimas Juozas Bernatonis is convinced that Lithuania requires a radical and drastic higher education reform and the state should decide which of its strongest universities should remain, while the others would be left to the market, leaving only the strongest. "The reform is currently being attempted by administrative means, but they do not prevent the influence of various interests, agreements and other unseemly practices. Unfortunately an agreement on a radical higher education reform would currently not be possible," he notes.

J. Bernatonis has registered a proposal in Seimas which contains criteria for higher education institution mergers. These would be work metrics and financial calculations, how much the merger would cost and how long it would take to pay off. If several weak universities merge, according to J. Bernatonis such a merger would yield no results.

Only one university could not be closed down

J. Bernatonis is certain that only VU could not be closed down. He quips that the thought of closing this oldest Lithuanian and Eastern European higher education institution appeared to Russian czar Nikolai I in 1863.

The politician also believes that weaker universities should gather around stronger cores, the problem being a decline in student counts and need to make the best possible use of available higher education potential. He also points out that Kaunas Technology University can look to the future positively, with its focus on IT specialists, who continue to remain in high demand around the world.

How to enact the Seimas-made reform?

According to VU rector Artūras Žukauskas, the planned reforms are clear for them because VU is not planning to directly merge with anyone, citing more interest in specialists and created value than organisations.

Vilnius Gediminas Technical University rector Alfonas Daniūnas cannot yet say whether it is clear how to implement the "Farmer" education reform plan. "To my knowledge, the government should prepare a plan for how higher education institutions could merge. How that merger happens, that's a different issue. Likely it will be dictated by circumstance," he notes.

Earlier VGTU had two plans for the future – either not merge with anyone or seek points of contact with M. Romeris University. Neither plan managed to gain momentum, however.

A. Daniūnas highlighted that foreign universities merge based on two key directions – in attempting to form specialised classical universities or when two very different universities are merged. This is how the famous Aalto University in Finland formed, taking in social studies, technology and design universities under its roof.

Minister – a different speed was chosen

"It is just a different speed that was chosen. The most important criteria, however, that the government will focus on is the quality of higher education institutions' work. Based on State Control, current financing for higher education is used ineffectively," the minister stated.

The cabinet and higher education institutions' communities have to present the Seimas with proposals over reform by December 1 this year. After the reform, the institutions could accept students next year.

Seimas okays plan to cut university numbers by half

The Lithuanian parliament on Thursday endorsed a state university network optimization plan that...