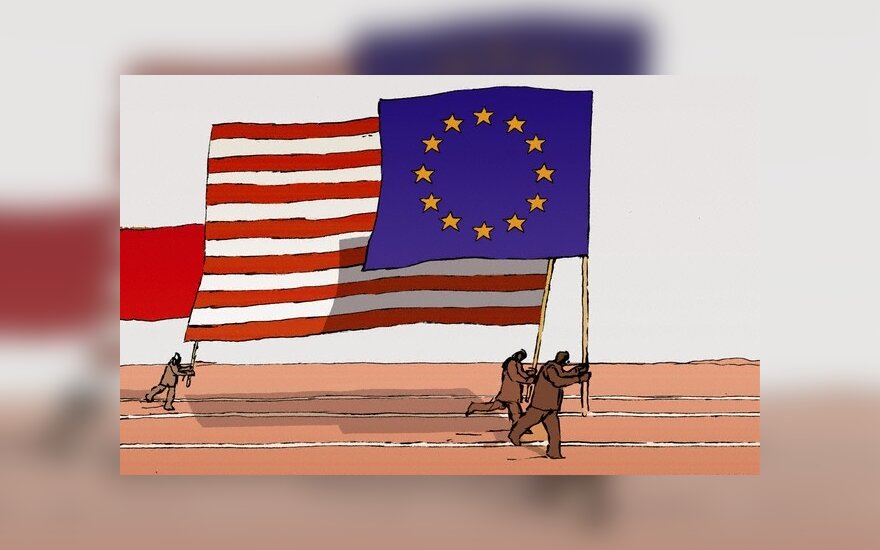 The Heritage Foundation's foreign policy analyst Luke Coffey told Lithuanian journalists that the EU had been long trying to step up its defence cooperation.

"On Monday there came the big announcement about the Permanent Structured Cooperation. This is an absolute joke, to be frank. Permanent Structured Cooperation has been around in some form going back the failed constitutional treaty from almost 15 years. It's been the law of the land in the Lisbon treaty going on 10 years. And now they were able to do this only because they were able to get the United Kingdom from not blocking," said Coffey.

Signed in Brussels on Monday, the Permanent Structured Cooperation (PESCO) initiative is aimed at improving the EU coordination in fields of defence and weaponry system development. The document was not signed by the exiting United Kingdom and Denmark, which enjoys the EU clause that allows it not to contribute to the Common Security and Defence Policy.

PESCO puts the countries under the commitments of raising their defence budgets on a regular basis, with 20 percent of the budgets going towards acquisition and 2 percent towards research and technologies. It also suggests that the countries should provide significant support to EU's military missions.

In Coffey's opinion, the document, which was signed by 23 out of the EU's 28 members, will not encourage additional defence funding in EU countries, although this could improve the bloc's military capabilities.

"Can Europeans ever defend themselves against Russia? The answer is no. The notion of defending or deterring against Russia outside of the NATO framework is never going to happen. What exactly does European security identity bring to the table that Europeans really need? The answer is that it does not bring anything," said Carafano.

In his words, the EU's creation of internal defence plans and systems reduce the capacity of working in the field, and requirement of additional funds intended for NATO would undermine Europe's safety.

"I do think there is nothing wrong with European security architecture but the massive investments in it, especially if it is detracting from NATO, are a huge mistake and will actually make Europe less safe," said the expert.

Supporters of the pact maintain that PESCO would not overlap NATO's functions but, instead, supplement them, while NATO will continue playing the key role in Europe's defence. Participation in PESCO is voluntary.

In comment of the security situation in Lithuania, both Heritage Foundation analysts said the analytical centre supported permanent presence of US troops in the Baltic states.

"I think we should be in it to win it. We need to have a robust force presence in place that can respond," said Coffey.

Meanwhile, Carafano added that Washington welcomed Lithuania's plans of spending just over 2 percent of its gross domestic product (GDP) on defence next year, as it was not just a defence commitment but also a political pledge to the Alliance.

Earlier this year, the United States terminated permanent rotation of troops in Lithuania, however, the US troops will continue coming for military drills. Companies of US troops were rotated in the Baltic states since 2014 in response to Russia's aggression in Ukraine.

Part of the costs of the BNS journalist's trip to Washington D.C. was covered by the Lithuanian Foreign Ministry. This has no impact on the content of the story.

The United States' trade policy and possible negotiations on a free trade agreement with the European...

Lithuania's ambassador to the United States says that the relationship between Europe and America...

The USA ends its troops’ deployment in Lithuania. What does this mean?