BNS
aA
Lithuania and Ukraine will sign a bilateral agreement on social protection in an effort to curb the exploitation of Ukrainian workers in Lithuania, the presidents of the two countries announced on Friday in Vilnius. 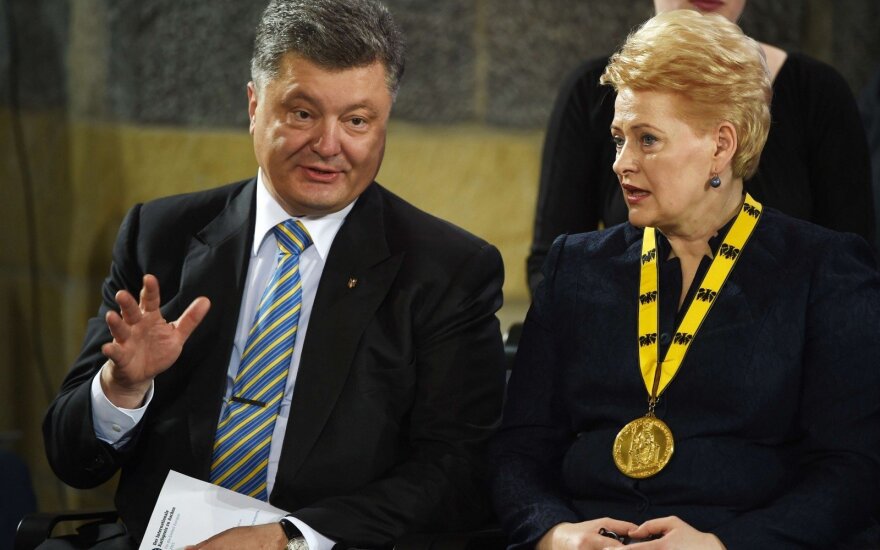 "We have heard about Lithuanian workers being paid less in Scandinavian. However, Lithuanian companies also start using this practice in Lithuania, for example, with regard to third-country workers, Ukrainian workers," Grybauskaitė said.

"It is the self-respect and dignity of every country not to allow exploitation of labour force from other countries. (Such) conduct of Lithuanian companies or, for instance, Polish companies, censurable and should be illegal," said the Lithuanian president.

Ukrainian immigration in Lithuania increased after the Lithuanian government simplified the employment possibilities in the Baltic state and enforcement of the Ukrainian visa-free travels with the European Union in June.

Ukraine's President Petro Poroshenko said he was raising the issue of protection of the rights of Ukrainians in other countries, not just in Lithuania.

"We discussed the issue of social security for Ukrainians who were granted labour visas and get jobs in the territory of Lithuania. I also raise the issue in other countries. I am grateful to Mrs. Dalia for telling officials in charge of social security to draft a certain agreement shortly," Poroshenko told journalists.

Ukrainians account for more than a half of all foreigners hired in Lithuania, 11,000 of them arrived in Lithuania last year, and the figure should be much bigger this year.

Immigration in Lithuania is triggered by higher wages. Average take-home salary in Ukraine is around 250 euros, as compared to around 660 euros in Lithuania.

Analysts say labour immigration in Lithuania is inevitable due to Lithuanian emigration to Western Europe and lack of skilled. However, critics fear that cheaper labour force from Ukraine will curb growth of salaries for Lithuanians and could pull up the scope of shadow economy due to illegal workers.

The Lithuanian Foreign Ministry has provided 50,000 euros in humanitarian aid to Ukraine .

Recent growth in immigration from Ukraine to Lithuania is not a bad thing as it helps solve labor...