Grinius. Is Lithuania a police state? 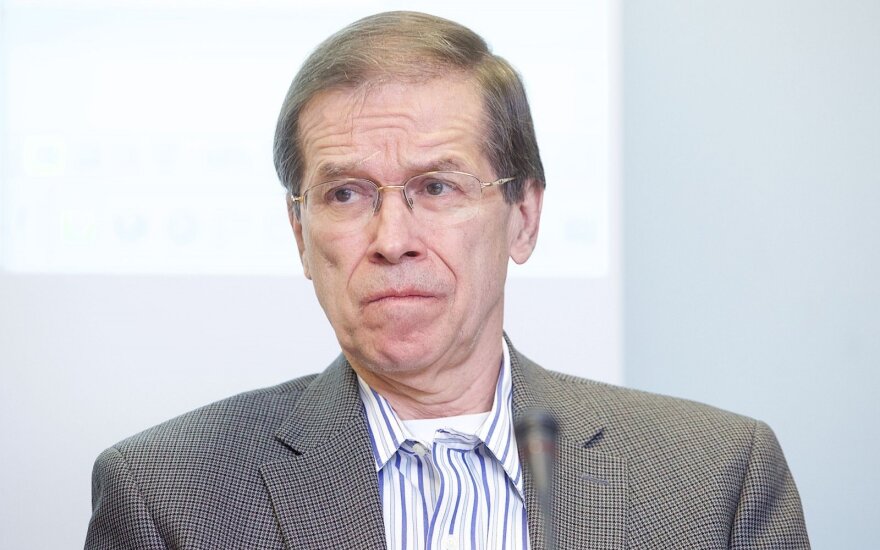 If we want to create a civil society and strong democracy we need to trust citizens and their good will and good thinking. Trusting our citizens is foreign to Lithuanian government.

They are keen to think that they know better what the citizens need and who serves their interests and they try and limit their power of citizens and decide how they should live.

The patronization that of Government along with the spread of police station mentality has reached a peak several years ago when the Constitutional Court (CT) has decided that the Parliament has a responsibility not to have a referendum it the solution would not match the demands of the constitution. A referendum is the only way where the people who are not satisfied can seek to add the questions to the agenda. With their decision, the CT has removed this right from the citizens to determine which questions they can express their opinion. This is a limitation of the rights of Lithuanian citizens that has no precedent.

The mentality of a police station shows through also when making decisions on other questions as well. The Government and Prime Minister Saulius Skvernelis are considering the possibility to limit the sale of alcohol to only purchases by credit cards. With this they hope to fight corruption and increase the possibility to gather Taxes. Businessmen could pay up to 5 thousand Euros, other citizens up to three. Even though the Minister of Finance Vilius Šapoka is not sure about how effective this could be, he does not discard the possibility to pick sectors where paying cash could be prohibited.

These decisions would be good for banks and credit card companies, who earn from every transaction. But the forced credit card use would harm everyday people. First, it would limit their freedom. I earn my money and after taxes, I should have the possibility to spend it as I please without added expenses for the bank if I cash out more than 600 Euros per month. Why can’t I cash my earnings and keep them in a safe? This decision is economically rational if banks are unstable and the interests don’t exceed 0, 10 per cent.

Second, not always there is a possibility to pay using a credit card and by doing so we can experience loss. Every summer in Austria we stay in a hotel which does not accept credit cards and we have to pay in cash which is difficult to access. Recently I have stayed in an Amsterdam hotel. The bill was 400 Euros, but if you pay I a credit card it increases by 2.1 per cent which goes to the credit company. The sum is not a large one but they add up eventually.

Our need to secure our rights to privacy is a serious reason to oppose the limitations to use cash. Every time that a person uses a credit card, the transaction is traced and saved in servers. The bank then knows where do you shop (“Maxima”, not “Lidl”), what do you buy (milk, not wine) where and when do you travel, etc. The amount of data that is collected about every individual is massive. There is discussed or even agreed that in the US banks are allowed to share the information with other companies if they have their client’s permission. The EU will never agree with a law like this since they protect the privacy of their citizens. However, when we use our credit cards, you give away a part of your privacy and give information about your decisions to “Big Brother”. The Government should resist and not encourage the collection of data.

There is a typical answer to this. If you have nothing to hide and don’t commit crimes, you shouldn’t care if the bank or the Government knows what you do with your money. Even respectable citizens draw the blinds in their house and not because they plan on breaking the law, but because they don’t want their neighbors to see what is inside. The government should fight crime and not by using instruments that clash with the public’s interest. It is not worth it to arrest one if the price is violating hundreds of citizen’s right to their privacy.

The mentality of police station is has seeped through in the fight with Russia’s informational war. Again there are talks on putting more scrutiny on Russian TV shows. According a member of the Parliament Laurynas Kasčiūnas, Russian culture is intertwined with politics. Russia things that their TV is an instrument of soft power, which helps to spread propaganda and disinformation. It creates conditions for the citizens to feel nostalgic to the Soviet era, encourages disappointment in Lithuanian democracy, pro-Kremlin geopolitical orientation. A group of conservatives registered a Public information amendment that more than half television time would be filled by European productions.

These amendments are no necessary and would be useless. Firstly, Russian propaganda is not effective, the popularity of Russia and Putin is decreasing in most countries. Second, who is interested in Russian TV can easily access them on the internet or satellite TV. What is more important is that they are planning to take away the citizens possibility to watch their favorite TV shows because they are not trustworthy and seen as useful to Kremlin. Serious consideration of such limitations shows how behind Europe are we in international relations.

The largest difference is that minorities are not trusted in East European countries and are seen as a potential „fifth column“ which is more loyal not to their country but a neighboring one, not Lithuania but Russia. Ethnic relations are assessed on the basis of a “zero sum” game – what benefits minority, harms the majority. The relations are made to be more threatening and then they become a question on national security – of extra importance. Instead of integrating minorities into Lithuania, we reject them and with arrogance state that they are not mature enough, like children, incapable of protecting themselves from lies, so they need parental supervision. The limitations could provoke a different reaction: create an impression that by doing this they seek to hide information that is inconvenient to Lithuania, so to increase the popularity of those programs – forbidden fruit is the sweetest.

It is sometimes presented that in France and some other states a law regulates the percentage of TV and radio programs that have to be in the official language. The French seek to maintain their culture. The ones that limit this in Lithuania have different goals. They care not about maintaining Lithuanian culture but limit the programs of the enemy. I do not understand the distrust in our own citizens and why they try so hard to limit their right to choose. For example, to pay in cash or to buy beer only when you are 18. Why a more free life has become unwelcome.