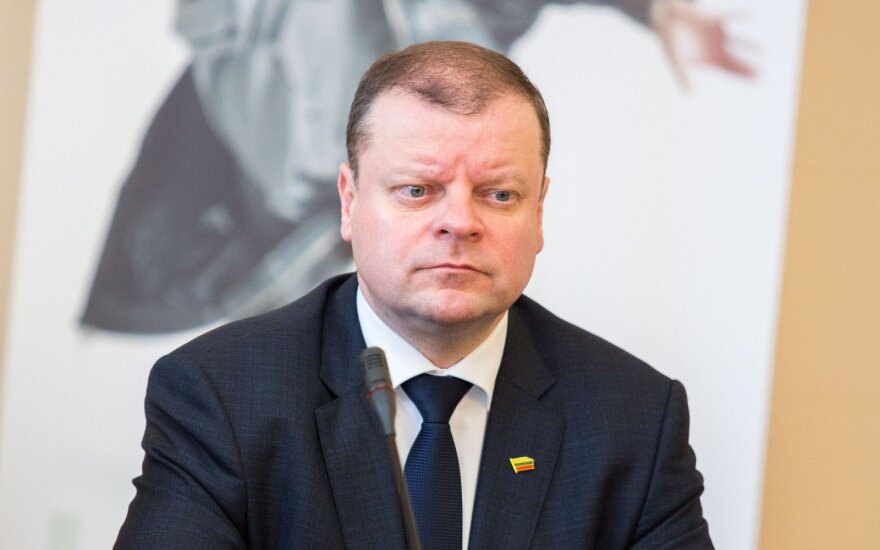 The interview began with a discussion of the government programme implementation plan presented by the cabinet to coalition members last week. Prime Minister Skvernelis points out that it is neither the best, nor the worst variant of what the cabinet could put together, but regardless of it being a particularly difficult process, it is one that must be done.

While the plan has received criticism from even some of the cabinet ministers involved in its preparation, Skvernelis dismisses such concerns, claiming that this is more related to certain ministries having less success in doing their part in creating the plan. Personally the Prime Minister does not express a specific opinion on the implementation plan, only noting that there is time to make changes and some parts may be superfluous due to their routine nature.

The plan is noted for a lack of specifics on the expected merger of higher education institutions, this being a part of the higher education reform much touted by the new government as one of its core goals. PM Skvernelis once again explains that this is a work in progress, even if one that started well before the government programme implementation plan was created.

Skvernelis was challenged on statements regarding the number of higher education institutions expected to remain after such reforms, denying claims that the expected number would be 2-3, stating that likely the number could be up to five. He stressed that the end goal is not the reduction of higher education institutions, but that of increasing higher education quality and self-worth of education staff, as well as the competitiveness of those finishing their studies in such institutions.
While recently there have been doubts about the government’s plans to move certain ministries to Kaunas or establish ministries at a single location, Skvernelis points out that the plans have not been dismissed as of yet, but notes that there are still considerations and evaluations to make due to the potential profound shifts related to such changes. In this case as well, he points out that decisions will be made in the future.

With complaints arising regarding the Chancellor in the Office of the Government in relation to layoffs in the office, S. Skvernelis was queried whether he is seeking someone new to take the post. The Prime Minister responded that he currently has full trust in Chancellor Milda Dargužaitė, with no plans to replace her, albeit he does mention that it is important to ensure the layoff process is clear, transparent and empathetic, stressing that state service is very different to work in a private enterprise.

In discussing Lithuanian sports infrastructure, Skvernelis states that the overall financing of sports is particularly chaotic and notable for its unhealthy competition, mainly between the Department of Physical Education and Sports and the Lithuanian National Olympic Committee, with them focusing on absorbing and distributing funding, rather than effective use. As solutions for this issue, the Prime Minister mentions potentially merging the Department of Physical Education and Sports into the Ministry of Education and Science, furthermore he notes that ongoing projects have to be concluded, with a number being stuck in limbo for extended periods of time.

The intentions of the Lithuanian National Land Service to terminate contracts with real estate...

A working group set up by the Lithuanian prime minister to work out a plan for streamlining the...