Government promises there will be three million of us once more, experts shrug

Media Briefing
The government is aiming to stabilise the demographic situation by 2021 and predicts that by 2030, we will once more become a country of three million. This is to be achieved through greater birth rates, larger return grants for returning citizens and longer life expectancy. However, migration expert Karolis Žibas notes that the emigrant attraction programmes will not work out until the country’s socioeconomic situation improves. Meanwhile, demographics expert Vlada Stankūnienė explains that the planned direct grants will not encourage larger birth rates, lrt.lt writes. 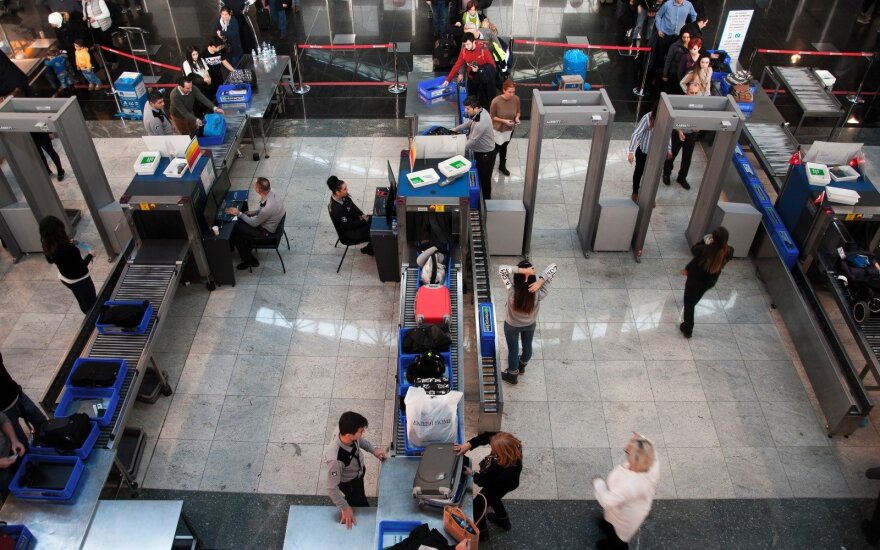 According to Vytautas Magnus University (VDU) Demographic Research Centre head V. Stankūnienė, the poor prospects of the plan were already programme during the preparation of the Demographics, Migration and Integration Strategy.

"This was inherent to the strategy, whose idea was hard to grasp. It was named the Demographics, Migration and Integration Strategy. Honestly, I do not understand what this means. The document was prepared amateurishly, its makers lacked competences and professionals in the field were not consulted.

It is a challenge to prepare a good plan for an amateurish strategy. Efforts were made to make use of public surveys, however once again there was little consultation with professionals and the surveys were not compiled professionally. As such, we have what we have. As for what it is, it's a list of desires, not measures, which achieve the goals set," he criticised.

Birth rates should rise over the next three years due to children's money increasing to 50 euro, as well as a planned 100 euro's worth of new-born goods and visiting at home for new-borns up to one year old.

There are plans to compensate part of expenses when purchasing baby necessities, hiring babysitters and also to provide free lunches for primary schoolers and greater support for schooling goods. Another measure, which is expected to raise birth rates is a discount card for large families and families caring for a disabled individual.

According to V. Stankūnienė, experience from various countries shows that direct financial grants, even if they can increase birth rates, it only applies in lower social standing families, while also not having a widespread impact.

"At best, direct financial grants help increase birth rates in the families, where the grants are an important source of income, however for most families this will not help decide to have families. The measures should primarily be directed to the capacity of working and having family life, price and location accessible quality child care and teaching services. However, I saw nothing of the sort in the plan. There are only a few minor measures, but assignations have not been set aside for them.

The government also declares its intent to reduce poverty. Perhaps a part of families will reach a higher social status in statistics, but is it the sort of money that can reduce poverty? I don't think so. Poverty is reduced not by grants, but by work income. The aims will clearly not be reached or the statistic will change temporarily, thus distorting the view of the real situation," V. Stankūnienė states.

The second aim of the plan is to balance migration flows, which lead to rapid population decline in Lithuania. To encourage Lithuanian citizens to return from abroad to Lithuania, detailed informing and consulting of returning individuals based on a "one window" principle is to be established, as well as holistic and individual aid at school for returning and arriving children.

To encourage Lithuanian citizens to return, the government says it will be strengthening communities, applying labour market services, employers will be encouraged to seek staff abroad. As for aiming to reduce emigration, it is proposed to strengthen civic mindedness, supporting news media and non-governmental organisation projects and increasing the accessibility of psychological aid, implementing adapted suicide prevention programmes in all municipalities.

Social Research Centre migration expert K. Žibas says that he believes that the aim of making immigration greater and equal to emigration is hard to measure.

"The action plan is declarative and I do not see strategic decisions in migration policy in it. The plan has two elements, one of them talking about the diaspora and emigrants returning, the other – about drawing workers to Lithuania.

In regard to the second element, with or without this plan, already today there are record numbers of third country citizens working in Lithuania – officially there are around 50 thousand work migrants in Lithuania. Just due to this, we can say that there is positive net migration. However, we cannot measure net migration on a momentary basis because those people depart and others come," K. Žibas notes.

Furthermore, he points out that while many are happy that the number of work immigrants has increased, what is important is what hides behind the impressive figures: "If we are to look at the work migrants' working conditions, we would see a grim image. They are exploited, face unpaid wages. Thus, we must not only look at the numbers and celebrate that there are arrivals, but also we have to see what those people's work and living conditions are."

However, encouraging return migration is not, according to K. Žibas, related to either migration or diaspora policy.

"Encouraging return migration is in essence linked to the overall socioeconomic situation. If we are to look at the OECD or Gini Index [shows income inequality], we would see that Lithuania is lagging in the back. This means that we are talking not about migration, but social and economic policy. Until we rise from the bottom in those metrics, we cannot talk about emigrant attraction programmes," the expert says.

As for the psychological aid, which is noted in the plan, it is very important to families, part of which live in Lithuania and part – abroad, for children left to relatives, however this measure cannot reduce emigration, only cushion the consequences of emigration, K. Žibas points out.

V. Stankūnienė also does not see any explanation of how emigration will become lower than immigration according to the plan. "Will the environment, which pushes out our people to seek work income abroad, be changed? Or will we rely on immigration from abroad, which is already happening now, usually from the East?

The conditions, which push our people out remain, while at the same time we attract people from other countries, for whom the conditions are fairly good. We bring in cheap workforce and dampen potential rises in pay. People would like to return, however the plan does not emphasise the conditions due to which such desire would arise," V. Stankūnienė says.

How will higher life expectancy help?

The third aim of the plan is to grant more opportunities for the elderly to be active members of society. The section outlines consistent increases to social security pension [approximately 25 euro annually], also to grant all unemployed retirement age citizens an 80% discount for local public transport.

To encourage activity among the elderly, an entrepreneurship encouragement forum "Business 54+" is to be established, Sodra payments for employed citizens of retirement age should be reduced for those working in the regions, which face a lack of labour, support their integration into the labour market.

To care for retiree health, it is proposed to organise extra emergency response medical brigades for more effective response to strokes and infarctions. Active and integrated care and social service expansion at home and within communities is planned.

According to V. Stankūnienė, the aim of lengthening lifespans appears to be a means to resolve demographic problems, however the planned measures are not aimed at the groups, which reduce the metric.

"The aim to lengthen life expectancy seems to be a solution for demographic and healthcare problems. However, compared to other EU countries, our mortality metrics are currently among the worst, especially among young and middle-aged men. The plan emphasises aid for seniors and this is good, however it has little to do with average life expectancy metrics," the demographer notes.

Struggling to find employees: making lists and bringing in from abroad

On Wednesday, the cabinet approved the Ministry of Interior’s proposal to form a list of the most...

Lithuania's emigration rate fell by 14.2 percent in the ten months of 2018 compared with a year ago,...

Seimas to decide on writing down emigrants' tax debts

Lithuania's parliament will decide whether the state should write down around 100 million euros in...

Seimas endorsed the Strategy for the Demographic, Migration, and Integration Policy for 2018–2030

In consideration of the adverse effects on the national economy, social welfare system, as well as...