BNS
aA
Though German Chancellor Angela Merkel told Lithuanian President Dalia Grybauskaitė that Germany would contribute to the defence of the Baltic states, an opinion poll on Tuesday revealed that 57% of Germans think that their country should not send its soldiers to defend NATO members such as the Baltic countries or Poland if they were attacked by Russia. 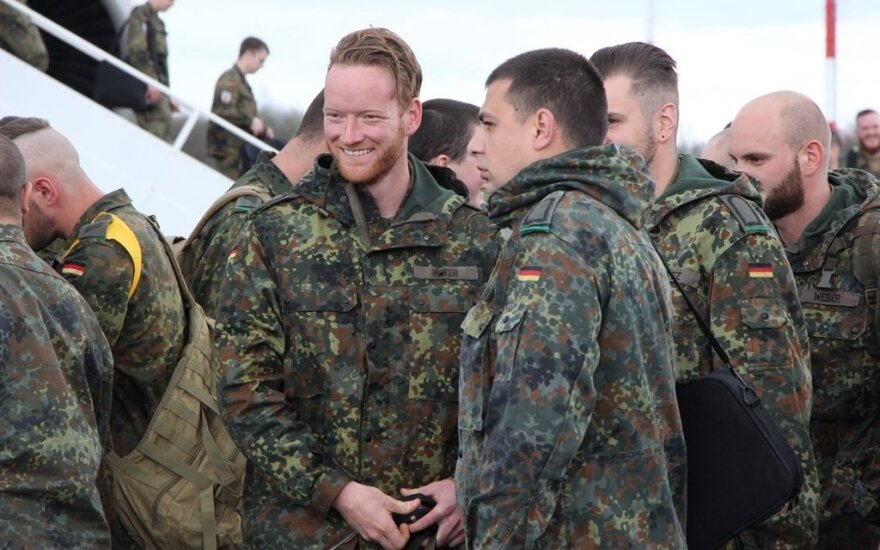 Only 31% of respondents said that German soldiers should help defend these countries, and 12% answered that it was difficult to say.

The Bertelsmann Foundation, which commissioned the poll, attributes the German public's reluctance to send soldiers to German pacifism and the opinion that Russia does not pose a threat.

"Above all else, this reluctance to send soldiers is most probably due to German pacifism, which is opposed to any German military engagement outside of the country's borders," the foundation said in the report.

Respondents were also asked if they thought that NATO should establish permanent bases in Eastern Europe and the Baltic countries.

Forty-nine percent answered "no" to the question, 40 percent said "yes," and the rest had no opinion.

TNS Emnid polled 1,000 Germans aged over 14 years for the Bertelsmann Foundation and the Polish Institute of Public Affairs between Mar. 4 and 14.

'Germany's commitment should raise no doubt'

Germany's Ambassador to Lithuania Jutta Schmitz says that, opinion polls notwithstanding, Berlin's determination to defend Lithuania in case of aggression should not be doubted.

"Germany supports Lithuania, we are partners both in the European Union and NATO. The EU and NATO have taken decisions on the steps to be taken in case of such aggression," the ambassador told BNS on Tuesday.

"Beyond all manner of doubt, Germany would also contribute to implementation of the mechanisms," Schmitz emphasized.

Schmitz has noted that the German government's determination to help Lithuania's defence is demonstrated by the presence of German troops in current military exercises.

Germany, Lithuania on opposite sides of NATO divide on Russia

The NATO- Russia Council meeting last week did not seem to bring any tangible results, but it was...

Germany's Chancellor Angela Merkel has assured Lithuania's President that Germany will contribute to...