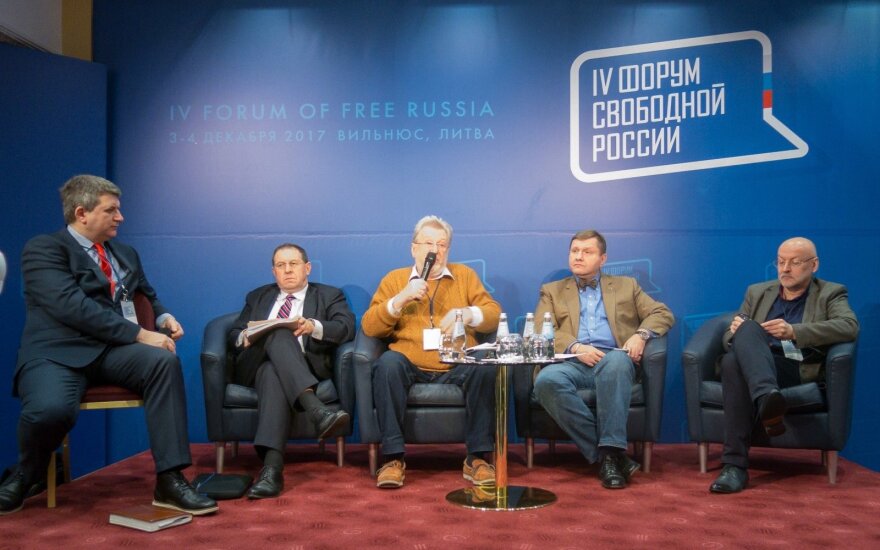 "We are friends of a free and democratic Russia and we are happy that Lithuania is chosen (as the venue) for such events," she said.

The forum, which started on Sunday and ended on Monday, brought together Russian opposition activists, public figures and representatives of non-governmental organizations, including former MP Ilya Ponomariov and representatives of Ksenia Sobchak, who has announced her intention to run for president next year, and of opposition activist Alexei Navalny.

"We discussed what needs to be done to make Russia a normal, civilized state that does not scare its neighbours," he said.

Lithuania and Russia have concluded lengthy negotiations on properties used by their diplomatic...

Belarus could be the next country targeted by Russia's President Vladimir Putin after Ukraine,...