BNS EN
Following a trip to Russia by a group of young Lithuanians that included visits to war museums and meetings with members of a pro-Kremlin biker club, the Lithuanian Foreign Ministry will consider tightening its recommendations on cooperation with the neighboring country's authorities, Foreign Minister Linas Linkevičius said on Thursday. 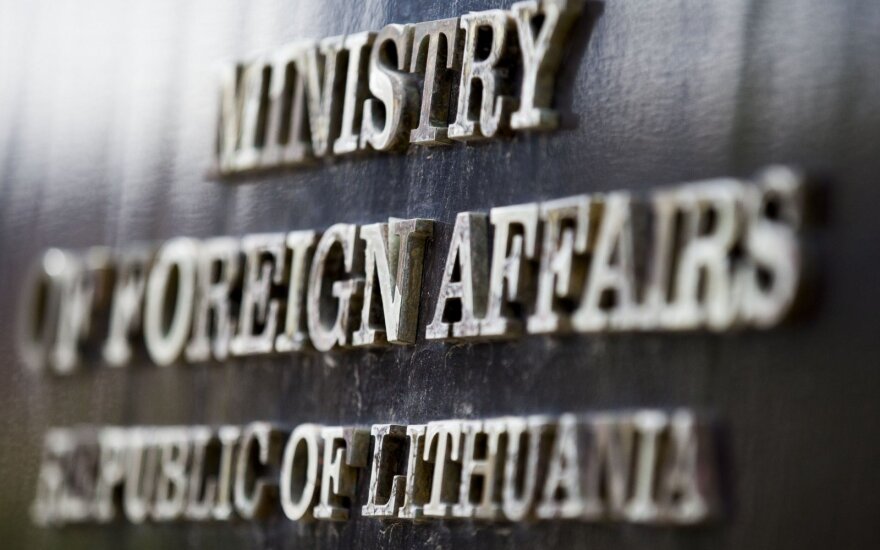 "We need these contacts. It is a neighboring state, after all, but some vigilance and common sense is needed. I'd suggest that those who directly organize such events and who are directly involved in them and see what is going on assume responsibility first," the minister told the Žinių Radijas radio station.

"We will also probably tighten up our recommendations if people are unable to understand and make decisions on the spot," he added.

According to the ministry, 35 out of Lithuania's 60 municipalities maintain contacts with various Russian cities.

"The contacts have been in place for decades, including traditions, cultural events, sports events and youth trips. In principle, this is normal practice. However, knowing how Russia often uses various events for its propaganda purposes, we advise watching carefully in each individual case," the country's top diplomat said.

A group of young people from Plungė, accompanied by municipal officials, spent almost two weeks at a summer camp in Russia. The program of the camp included visits to military museums and communication with members of the pro-Kremlin biker club Night Wolves, who are known for their nationalist events and demonstration of Soviet symbols.

This trip should serve as a lesson to others, Linkevičius said.

Plungė Mayor Audrius Klišonis said on Wednesday that the district of Plungė had back in 2003 signed a cooperation agreement with the Russian municipal district of Krasnogorsk. As part of the agreement, exchanges of youth delegations have taken place.

According to the mayor, in the wake of Russia's aggression in Ukraine in 2014, the local authority asked the Lithuanian Foreign Ministry for advice as to what to do with the agreement and the ministry recommended maintaining these contacts.