(1)
the Lithuania Tribune, DELFI
aA
With about six months left to the next general election, cutting taxes is all the rage in the Lithuanian parliament. MPs have submitted several bills suggesting cutting value-added tax (VAT). Some proposals have been discussed more extensively than others, but there is still no clear agreement on a number of points concerning the cuts. 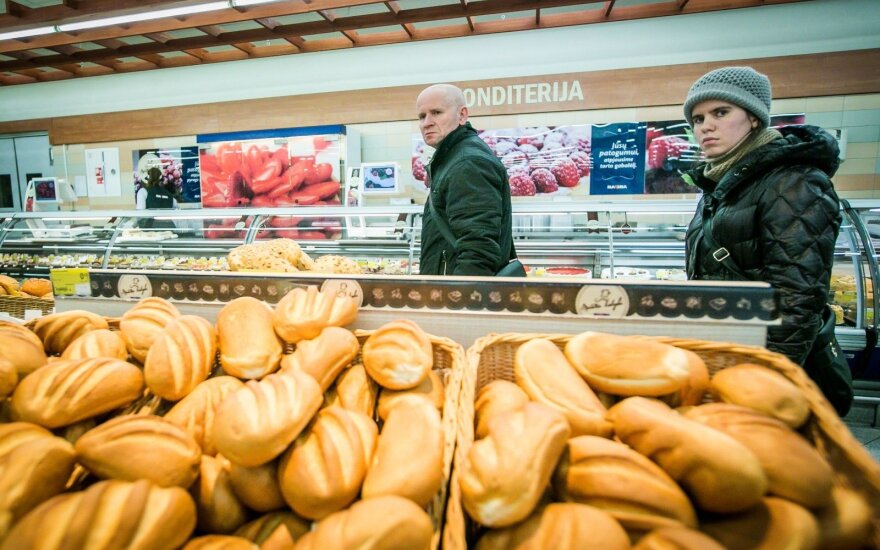 Five issues in particular have to be resolved before all sides can agree on VAT cuts.

First, should the VAT rate be cut for all goods and services or should just particular groups of products, like staple foods get VAT exemptions? If the latter option is politicians want to go with, which products should qualify?

Second, economists disagree whether lower VAT rates would actually translate into lower prices for consumers. So far, legislators have not come up with proposals on how to ensure these reductions would be passed on to consumers.

Third, proponents of the cuts argue that lower VAT would encourage consumption, leading to economic growth. However, the link is not as clear as politicians would have us believe.

Fourth, depending on the extent of the cuts and the expected effects on the economy, the government might have to find alternative sources of income to compensate for possible losses to the public purse. This point has not been cleared either.

Fifth, the declared purpose of the VAT cuts is to improve the lot of the worst-off in Lithuanian society. Could there be other and more efficient ways to achieve the same goal?

Analysis will have to wait

The Lithuanian Ministry of Finance is working on those questions but has yet to come up with answers to the five questions above.

"While the public is discussing only the different options for VAT cuts, the Ministry of Finance is analysing their potential impact on public finances as well as the economy as a whole. We expect to finish the analysis by the end of April," Teresė Staniulytė, spokeswoman for the ministry, told DELFI.

Finance Minister Rimantas Šadžius has also so far refrained from commenting on the proposals.

"I think that the economists should look at it," he told Žinių Radijas.

VAT occupies an important place in the government's balance sheet, accounting for about a fourth of total state revenue.

What's so special about meat?

Several different proposals have been floated so far. One bill would see the VAT rate reduced from 21% to 5% on fresh and chilled meat and farmed fish. Another proposal envisages VAT exemptions for a selection of staple foods.

Alternatively - a proposal put forward by Prime Minister Algirdas Butkevičius envisages VAT cuts for all goods and services from 21% to 18%.

"Money in people's pockets is always better than money in state's coffers. From a practical point of view, there is no need to scaremonger with 'budget holes'. At worst, the budget would lose about €400 million, or one-seventh of today's VAT revenue," Šilėnas said.

Tadas Povilauskas, chief analyst at SEB Bank, has a different take. He said that other European Union countries, especially in Central Europe, have been adding to the lists of products they have that enjoy reduced VAT rates. 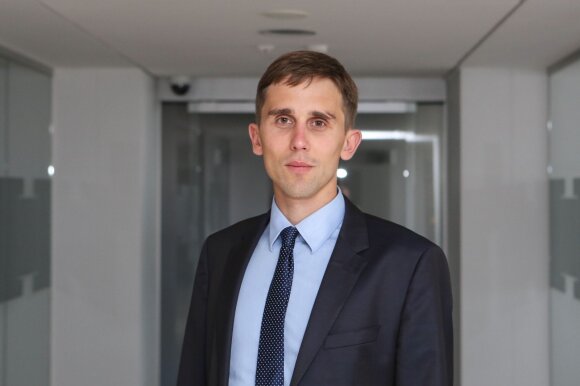 "The effective VAT rate in Lithuania, which takes into account all exemptions, is among the highest in the EU, that is, goods and services are taxed relatively heavily. With this in mind, I am sceptical about recommendations from international organizations that Lithuania should not cut the list of tax exemptions, when the rest of Europe is doing the opposite," Povilauskas said.

One of the most hotly-debated issues is whether lower VAT rates would indeed translate into direct benefits for the final consumer.

Sceptics point out that when Lithuania cut VAT rates on accommodation services to 9%, everyone expected prices to fall, but in fact they edged up.

"State institutions failed to properly monitor the prices. However, similar attempts to exploit VAT cuts by, say, food producers and retailers would not go unnoticed by the public, so the major retailers are unlikely to take the risk," Povilauskas said.

Meanwhile economist Gitanas Nausėda of SEB Bank argues that, under the current structure of Lithuania's retail market, producers and sellers - not final consumers - will eventually swallow up all the benefits of lower VAT rates, over a couple years if not immediately.

"Instead of dogmatic sermonising about how VAT cuts never translate to the final price, we should think about how to ensure effective price control before and after new VAT rates," Nausėda opined on his Facebook profile.

Economist Justas Mundeikis thinks that monitoring prices will not be so straightforward, especially as the government is concomitantly raising the minimum wage.

"State services will hardly find enough resources to analyse the market when they are raising the minimum wage, which ups production costs, and simultaneously reducing VAT," he said. 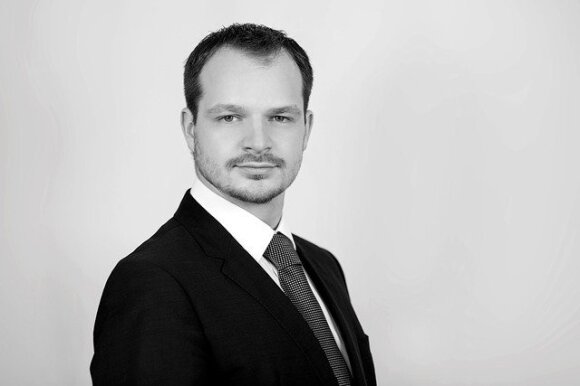 "It is important to note that the higher minimum wage-induced additional costs will not necessarily translate into higher prices immediately. It can happen two to six months later, after firms assess the situation and adapt their pricing. Not to mention new laws and regulations.

“There's such a wealth of additional variables that it would be virtually impossible to say whether businesses are justified in keeping the same prices with lower VAT rates or not," Mundeikis wrote for Lithuanian-Economy.net.

He added that the recent pledge by the president of the Association of Lithuanian Trade Companies, Laurynas Vilimas, agreeing to sign a memorandum on temporarily cutting prices is of little help either.

"What if retailers commit to not raising their profit margins, but producers do not?" Mundeikis asked.

Another argument used by proponents of VAT cuts is that the measure would boost consumption and, consequently, the country's economy.

"When Romania cut VAT on food from 24% to 9%, the sales of these products jumped more than the price cuts, so the state budget did not lose any revenue," Povilauskas noted.

Mundeikis added, however, that there are no guarantees that more consumption would create new jobs or boost state revenues from other levies, like income tax.

"For that, we would need extensive economic research, something that only the Ministry of Finance can do at the moment," he said.

Will there be enough state revenue?

Another question without a credible answer is how the measures would affect public finances.

Presidential adviser Lina Antanavičienė told Žinių Radijas this week that when it comes to tax changes, the first thing to consider is the state budget and the stability of public finances.

"If we cut budget revenue, we cannot think of raising spending," she said. "VAT is the main source of income for the state. Cutting VAT by 1% would mean a deficit of €130 million. These are serious figures."

Nausėda, of SEB Bank, said that smaller VAT revenues could be balanced out with other taxes. The levies to consider could be on real estate and vehicles.

Nausėda has been advocating the introduction of these taxes for some time. Last year, he said that levies on real estate and vehicles in Lithuania was an inevitability.

"Real estate and car taxes will come to Lithuania within three to five years. True, we already have a real estate tax, but I mean lowering the threshold so that it applies to more properties," Nausėda told DELFI last year.

Meanwhile Povilauskas is optimistic about positive effects of lower taxes on state revenues. He said that Lithuania has a relatively big black market for food and lower rates could actually improve tax collection.

MP Eligijus Masiulis, the leader of the Liberal Movement, meanwhile insists he has a better proposal than cutting VAT on meat.

He said that his party is offering income tax exemptions so that the effective income tax rate on minimum wage earners - €350 per month - is zero.

"This alone will boost incomes of low-earners by €22.50 a month," Masiulis claimed.

The liberals would also have a go at social security taxes which, Masiulis said, were among the highest in the region and impede the creation of new jobs.

The Ministry of Finance’s assessment of the impact of VAT cuts on consumption, the state and the economy should shed some light on the impact of at least some of these proposals at the end of April.

Lowering the value-added tax (VAT) rate for all goods and services would be preferable to exemptions...

The Lithuanian government could collect more revenue from the value-added tax (VAT) by lowering...

What are the key risks facing the Lithuanian economy? (1)

The currently existing value-added tax (VAT) of 21 percent can stand to be reduced, believes Prime...