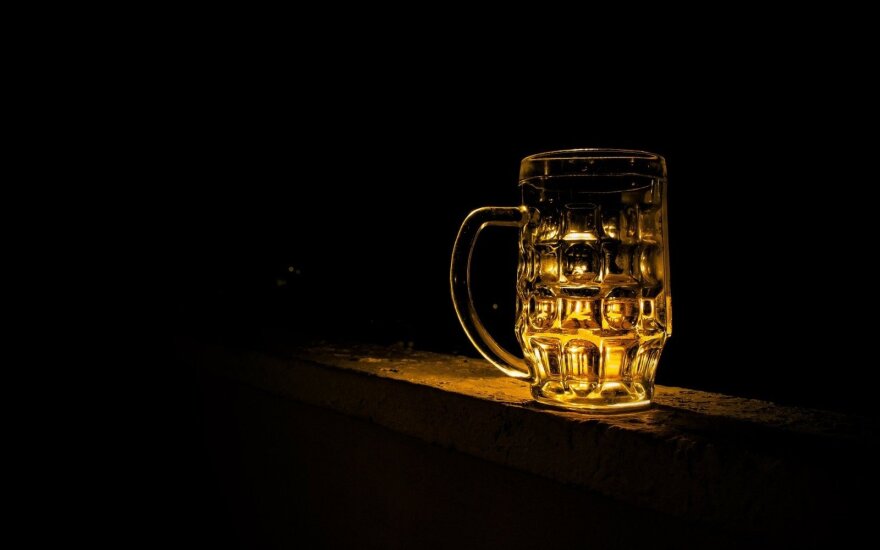 Farmers and Greens Union policy of reducing alcohol availability is correct and should be continued. This has been stated by the World Health Organization (WHO) Regional Office for Europe Gauden Galea, director of the Department of non-infectious diseases and health promotion during the lifetime, who on Tuesday met with Farmer politicians.

WHO spokesman also said that situation in Lithuania is worse than in Russia, which is considered as a stereotypically alcoholic country.

According to G. Galea's provided information, up until now Lithuania looked quite well among other countries on the availability of alcohol and restrictions on advertising but the price of alcohol is considered to be too available.

According to WHO, three measures are the most effective:

- Prohibition of advertising of alcoholic beverages;

G. Galea said that generally the region is quite successful in managing their drinking issue and related problems but the situation is best in Western Europe, and in Eastern Europe it's worse, and the so-called Commonwealth of Independent States are doing much worse.

He presented the graph, which lists countries according to the risk of death at 30-69 years from four major chronic diseases: cardiovascular, cancer, respiratory diseases and diabetes. The graph clearly reflected the risk of mortality of women and men, which shows the farther to the East, the worse the index is for men. Lithuania is among the countries, where the mortality rates of men, look dramatic.

G. Galea said that these chronic diseases are most apparent due to alcohol consumption, smoking and obesity.

"Maybe because of the organization of services or because of men's approach to the request for assistance, they can not use health care, which could help save lives. There also might be socioeconomic or cultural circumstances: men may have a masculine understanding, which doesn't accept weakness or it may be because of low-income or low education, that men tend to suffer" said the WHO representative, adding that the consumption of alcohol and smoking is the most common risk but their management is the most effective and easiest way to reduce mortality risk for men in the short-term.

Looking at the indxes of alcohol consumption by region, it shows that alcoholism is the biggest problem in Eastern Europe.

"I want state one thing. Some resisting the initiatives will say: it's not Russia, they are the ones that drink. But our assessment shows that Russia is dealing better than we stereotypically think and it's not a joke. The difference between reality and our imagination is huge. In fact, Lithuania is among countries where alcohol consumption is stable or even increasing. At the same time, Russia and Belarus belong to a group of countries, where consumption is actually declining, even rapidly so" said the representative.

G. Galea says that, for example, not long ago Belarus was the largest alcohol consumer. However, since 2012 it's steadily declining. According to the WHO representative, Russia also took some measures: increased alcohol prices, set a minimum price for alcohol content, limited the availability of alcohol. G. Galea states that it worked and the situation there is improving. At the time, Lithuania indexes are getting worse.

"Now we are evaluating that Lithuania drinks more than Belarus" said the WHO representative.

According to data provided by G. Galea, alcohol consumption per capita in 2016 was the largest, including both legal and illegal consumption.

"It seems that Lithuania is the largest in alcohol consumer not only in Europe but also in the whole world" said G. Galea.

"I know: people will say that it's the tourists. It's interesting that almost every country, which is at the top of the list, always says that the tourists increase the consumption and not the citizens. In addition, for some reason it is believed that when some of its citizens leave for a vacation they stop drinking. The reality is different" says the WHO representative, whose words were listened by the group members of Farmers and Greens Union.

According to G. Galea, the farther to the East, it's more likely that the mortality in the country will be alcohol-related. And although Russia and Belarus have taken measures, they still suffer from the lingering effects. Lithuania also isn't looking good.

For example, Lithuania is the fourth after Belarus, Russia and Ukraine, in mortality from injuries related to alcohol consumption. According to alcohol-induced liver cirrhosis Lithuania is the eighth after Kyrgyzstan, Moldova, Kazakhstan, Uzbekistan, Romania, Hungary and Turkmenistan.

WHO also evaluated how the states look according to the measures for reducing alcohol consumption. G. Galea said that the restrictions on the availability of alcohol Lithuania now look better than other countries: the median score of WHO states reaches 64 and Lithuania got 86 points.

Restriction of accessibility means physical availability and social acceptance of restrictions: it involves the reduction of time of alcohol sales, stricter licensing or reducing the number of places that sell alcohol.

According to the restrictions on alcoholic beverage advertising Lithuania got 69 points, while the median is 50.

At that time, according to alcohol price policies Lithuania got 6 points while the median for WHO members is 20 points. According to G. Galea, that's the most effective tool for low-income groups. So Lithuania has plenty of space to increase alcohol prices.

Also, when he was asked about WHO evaluation methodology of the use of alcohol, G. Galea said that WHO uses the data of legal alcohol consumption and includes the illegal use of alcohol. G. Galea says that the best data on illegally produced alcohol is the alcohol industry, which does and publishes their research.

For example, Moldova stands out in home-made alcohol, which is evaluated by the WHO.

In addition, WHO adjusts their data according to the United Nations data and this way evaluates the flow of tourists. Also, WHO uses the data on alcohol smuggling provided by the countries themselves.

When he was asked about examples that Lithuania could follow in this area, G. Galea said that he will be unpopular.

"I'll still mention: Russia is the country to look at. I do not want to provoke, I know that we're sitting in the Constitutional hall but I want to deny the early attitude: the repetitive legislative intervention which were in place for the last ten years (talking about price, availability, advertising) gave results" said G. Galea.

However, he also mentioned Italy, whose residents also are stereotypically considered to be alcoholic, especially lovers of wine. G. Galea said that Italy receives significant revenues from the export of wine but consumption in this country isn't that high. According to the WHO representative, this was achieved through several key measures: restricting the access, banning advertising, and increasing the prices. In addition, Italy has benefited from the change o generation because the younger generation has more information about the risks related to alcohol. For example, it's no longer acceptable in Italy to get back to work in the afternoon after drinking alcohol, even if it was the same before.

Lithuania is world's 'top drinker' - WHO

Lithuanians consume the most alcohol in the world, according to 2016 data presented by a World...

The Ministry of Interior has decided to refuse the proposal to implement zero tolerance laws for...