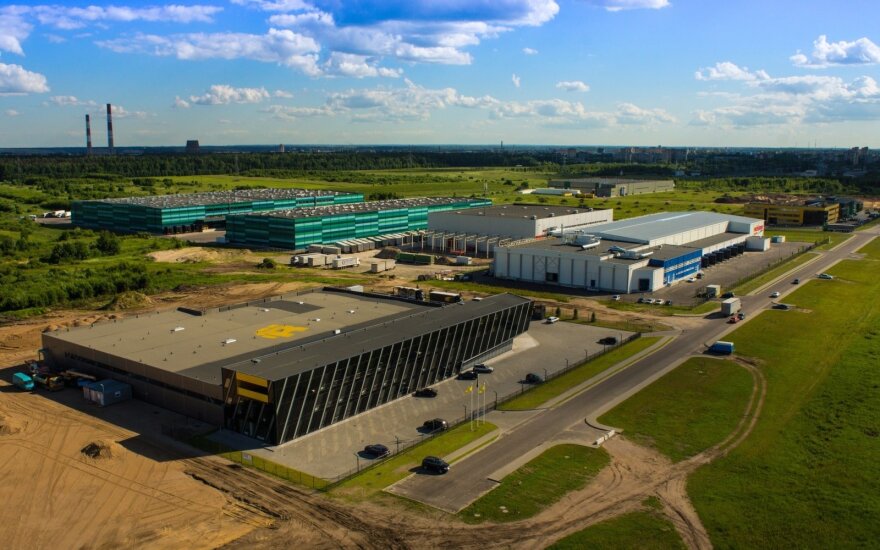 Recently a positive trend can be observed in Lithuania – we are increasingly frequently hearing about factories being established in the country, about their development and new foreign investors.

Experts are celebrating that the construction of factories could revive the regions, raise wages and bring benefits to us all.

Just this year, according to Invest Lithuania data, 12 new factory construction or expansion projects were registered, not including Lithuanian capital companies. Last year there were a total of 18.

Furthermore, based on the added value of jobs created by foreign direct investment, Lithuania has jumped from 32nd place to third. This was revealed by the newest IBM Global Location Trends 2018 report. Only Ireland and Singapore performed better. Though Lithuania's jump is mostly due to the country increasingly drawing information and communications technology companies, manufacturing has a significant impact as well.

Invest Lithuania head Mantas Katinas says that the real boom in factories occurred in 2017, however the success story is continuing this year.

"In 2017 we attracted major manufacturing projects and this year is more so one of burying capsules in the ground, cutting ribbons for new factories. But there are also new parts to this story," he states.

Meanwhile, Luminor bank chief economist Žygimantas Mauricas states that while we are already obtaining a harvest, this is just the start.

Examples to boast of

Last week, constructions began in the Kaunas FEZ by the German technology and automotive component giant Continental. Investment in this factory reaches 95 million euro and the company plans to employ around a thousand employees.

Ironically, next to the upcoming factory, another German automotive industry player – Hella, may also establish itself in the Kaunas FEZ. The factory will draw 30 million euro in investment and it is planned to employ 250 people.

"Investment of this scale has not been seen in Lithuania for the past 15-20 years. We even joked about the Continental and Hella case because two major competing companies will establish themselves next to one another," M. Katinas noted.

The Kaunas FEZ has also been chosen by the American company Hollister, which will produce medical equipment, while another medical equipment manufacturer, the UK's Intersurgical has recently announced it would expand its operations and establish a new plant in an 8 hectare area in Visaginas.

The company, which already has a factory in Pabradė, plans to employ around 200 engineering, manufacturing and science research and development specialists in its first stage of expansion and over ten years, just in Visaginas plans to increase the number of staff to 1000.

Lithuania's pride, the laser producing science-manufacturing company Šviesos Konversija should also not be overlooked, having recently expanded its factory in Dvarčionys by 2500 square meters.

"I believe that this boom can be explained by three key factors. Firstly, the state itself chose to dedicate more resources in seeking manufacturing investment, thus Invest Lithuania has strongly focused on manufacturing because the service industry is truly expanding successfully, while manufacturing was a weaker area, which we wanted to develop.

Secondly, decisions from seven years ago to establish free economic zones instead of industrial parks working in municipalities provided an excellent basis.

A good example is the Danish capital company Dovista investing in the Marijampolė FEZ, which will employ around a thousand people. If there were no FEZ in Marijampolė, this factory would certainly not have appeared in Lithuania.

The third reason is more political. Ten years ago, there was intensive investment in South Poland, Germany, Austria, but now when investors have "gotten comfortable" in those regions, their courage has expanded to more distant states – the Baltics, Northern Poland. Lithuania has met its time," M. Katinas stated.

One euro in industry creates two euro for other sectors

Economist Ž. Mauricas presents even more good news, explaining that the manufacturing investment boom is only the beginning.

"Perhaps I wouldn't even call it a boom yet, but the flow of investment into industry is significant and it would appear that it will remain so in the near future. Lithuania is certainly appearing on the map for industrial investors and this is a laudable trend, but what is even better is that this is just the beginning," he says.

However, the economist emphasises that now Lithuania must strive to maintain this trend: "Two main factors could aid in doing so – stable business environment and human resources. Well, we could also add a third – energy resources, which is becoming an important competitive advantage."

While we take pride in drawing IT service centres to Lithuania, finance technology companies, Ž. Mauricas stresses that we should be no less proud of investment into industry, manufacturing.

However, M. Katinas says that in industry as in services, the added value scale is the exact same.

"After all, in the service sector there are also lower added value participants, such as call centres, where numerous young students work and there are service centres, which implement IT solutions, blockchains and where specialists wages start at 2000 euro.

The same applies to manufacturing. There are workers – people at conveyers, but if it is a massive factory, creating innovative products such as that of Continental, it creates high added value products and around 50% of the staff are engineers, that is to say, people who have completed higher education, whose wages are no lower than IT specialists," he says.

M. Katinas also emphasises that it it incorrect to believe that investors come to Lithuania for cheap labour.

"Lithuanians undervalue themselves this way. There are far cheaper regions, such as in the Czech Republic, where investors would find cheapness.

The decision of investors to go to Lithuania, I would say is due to a combination of factors. Firstly, adequate infrastructure because if you lack it, you lack the lottery ticket. Secondly – the cocktail of people's competences," he stated, emphasising that the country prepares a suitable number of competent and talented engineers.

A solution for two Lithuanias

M Katinas emphasises that almost 20% of Lithuanian GDP is created by industry, it is as if the country's second lung because the other – service and IT sector is functioning just fine.

"Industry is the source of life, which according to expert calculations, brings an extra 1.5 jobs for each job it creates directly," he says.

Furthermore, both commentators note that it is specifically industry that could revive Lithuania's regions, resolve the so-called problem of two Lithuanias.

"We need a strong industry because if we wanted to live solely based on the IT service segment, we would only have two cities in Lithuania.

Once again, an excellent example is Dovesta in Marijampolė. The factory is massive, thus soon the city will experience a boom in hairdressers, small cafés, perhaps laundrettes," M. Katinas points out.

Ž. Mauricas also agrees that factories could bring new life to the regions.

"Industrial companies need large areas and production is not the same as services, which can concentrate in an office building or skyscraper in the centre of town. Factories need convenient logistics, large areas and for the land to be affordable.

Thus, industry is moving to the regions, which then of course improves the region's metrics because there is need for transport, security, accounting and other services. Most often, these services are provided by local companies, thus people's incomes grow, they consume more, other sectors begin to thrive. These are like mini ecosystems.

Furthermore, people need somewhere to stay, thus real estate prices may jump. The renting market is especially being encouraged, even for more prestigious homes because such companies often employ staff from abroad.

As such, a positive cycle begins," Ž. Mauricas says.

Switzerland-headquartered IT veterans to create 200 jobs in Vilnius

MERA, a global software services provider based in Zurich, has announced opening a software...

More people came to Lithuania than left in July – figures

More people came to Lithuania than left in July, a third month in a row, the latest figures from...

Reduction of administrative burden on investment funds and more favourable environment for their...

Corporate bond offerings were always one of the most compelling ways to invest. Usually, it is...