Facebook entries or live meetings: what will help win the presidential elections?

Media Briefing
aA
Who will win in the elections? The one to post the most entries on social media or the one to shake most hands? This question can be posed to those aiming for the office of head of state with just half a year left to the presidential elections. Communications specialist Arijus Katauskas observes that we should not expect for social media to replace live meetings with voters, while political scientist Tomas Janeliūnas stresses that direct work with voters is especially important for politicians, lrt.lt writes. 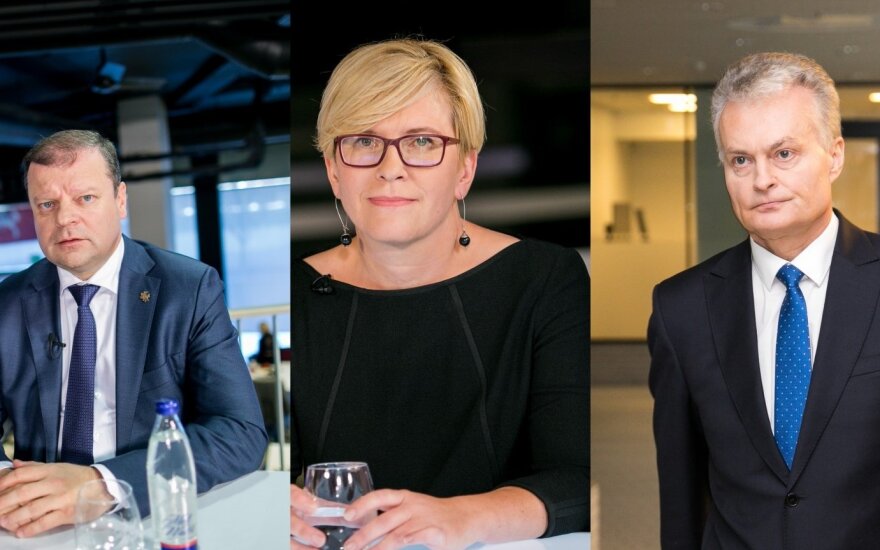 A Spinter Tyrimai survey released on the Delfi news portal in mid-November showed that in the presidential candidates' ratings, currently former SEB bank economist Gitanas Nausėda remains in the lead, with Ingrida Šimonytė in second and Prime Minister Saulius Skvernelis, who has not declared his decision yet, in third.

Related articles
The final riddle in the presidential candidate ratings
Political scientist Girnius: I think Skvernelis will not run for president

With the start of campaigning, both the candidates in the lead positions and the politicians lower in the rankings have not only been actively participating in social media, but also have started their tours around Lithuania. While the candidates have differing numbers of social media followers, experts note that this cannot replace live interaction with voters.

A. Katauskas: the candidates must choose their cocktail

Communications specialist Arijus Katauskas told the lrt.lt news portal that it is clear that the candidates cannot choose solely interaction on social media or solely live meetings with voters. According to him, when you seek the office of president, there is need for both direct meetings and activity on social media because both one and the other is important.

"All the candidates will have to choose a certain cocktail. Meetings have a completely different meaning and a different demand from the people being met with. A certain balance can be found on social media depending on the target audience. The number of followers the candidates have is only part of the puzzle. Content is very important and what audience you can reach through social media," A. Katauskas said.

"Take Naglis Puteikis, he is aiming at this angry audience. Based on the number of supporters and those, who are active, we can form an image that only certain sorts of information reach us," A. Katauskas commented.

According to him, ratings do not necessarily reflect actual support for the candidates in the public because ratings sometimes contradict this. As the communications specialist explains, at one point it was I. Šimonytė, who was the most prominent on social media, at a different point, especially after his declaration of candidacy, G. Nausėda received the most attention. Prime Minister Saulius Skvernelis also garners attention, A. Katauskas says, albeit it is unclear whether he PM will seek the post of president. Less support and a smaller audience is garnered by, for example, Valentinas Mazuronis.

"I would be wary of concluding, who has more support on social media. You could look at the number of followers, but there is too little research to make a definite conclusion that, say G. Nausėda, I. Šimonytė or S. Skvernelis' groups of supporters are smaller or larger," the expert stated.

However, he notes that despite social media, direct meetings with voters are especially effective in most cases. According to him, it may seem that a list of thousands of social media supporters may seem more effective than meeting, say 500 people live, however such conclusions should not be rushed to.

"It is not without reason we see ever more debates where the candidates participate, we see them actively entering direct contact because while social media may appear to be close and ensuring dialogue, it is nonetheless remote information. It does not surpass direct interaction with the audience, which wants to see the candidate from up close and talk with them," A. Katauskas spoke.

According to him, a live message can also reach a large number of people. For example, if every one of the one hundred participants of a meeting talk to three others about it and each of these to two others, the message will already have reached more than a thousand people, even if it will be different now.

"Social media cannot be ignored by any candidate. Due to its size, due to the audience in reach, the speed of the messages and such. However, I cannot imagine it replacing direct meetings," A. Katauskas summarised.

Vilnius University Institute of International Relations and Political Science (VU TSPMI) political scientist T. Janeliūnas states that it is important for candidates to not only meet voters, but also pass on a sufficiently convincing message when they meet so that voters would be left a lasting impression. According to the political scientist, live interaction with candidates leaves a far greater impression for voters than an article they may read or TV report they see.

"Direct work is a must. It is one of the perhaps most important means for politicians to reach and convince voters," T. Janeliūnas said.

When talking about the presidential candidates' appearances on social media, he noted that their styles differed, how they use social media. According to the political scientist, some case most to constantly draw attention to themselves, while others – to pass on information and thoughts.

"Of course, perhaps some politicians are doing this mostly unconsciously, from inertia, based on habit. Others are very clearly planning, what audience to direct their statements or messages to. I believe everyone has their own style, their own tactic for why they employ these means," the VU TSPMI political scientist spoke.

Nevertheless, he stated that those, who have long gotten used to social media and have long-term followers, who best employ social media. According to T. Janeliūnas, such politicians can use social media as a means to unite their voters, mobilise them.

When asked, which of the candidates could draw young voters, given that most young people make use of social media, T. Janeliūnas stated that specific research would show more accurately, but it seems that I. Šimonytė seems to have the best chances to harness this.

"She could be one of those, who has the best potential to draw the younger audience. She uses Facebook quite actively, she has an open and direct style. I believe these could be attractive traits for the youth," T. Janeliūnas stated.

The final riddle in the presidential candidate ratings

Kęstutis Girnius. All the presidential candidates cause concern

The campaign for presidential election in Lithuania officially started on Monday with seven candidates...