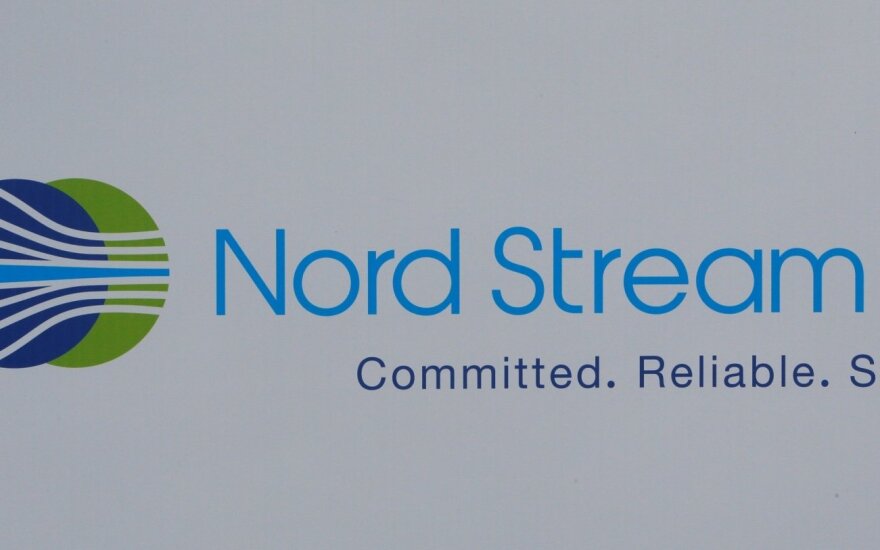 A senior fellow at the prestigious think tank Atlantic Council, Alan Riley advises to not believe the words of Russian representatives that the Nord Stream 2 project is a commercial project.

After presenting a report on its potential consequences, the energy expert told Delfi in an interview that he can see one specific scenario, which would bar the way to the pipeline's construction.

"If Denmark does not issue a permit to use its territorial waters, then the constructions of Nord Stream 2 will be delayed by at least a year because they will need to perform an evaluation for an alternative route and this would grant the US Congress sufficient time to decide on sanctions," he said.

According to the expert, it is specifically new sanctions from the United States of America, which would deter current project partners, German Uniped and Wintershall, French Engie and British and Dutch Royal Dutch Shell.

So far, the companies have promised to cover 50% of the project's expenses, while the remaining half would be covered by Russian Gazprom.

Why is the Nord Stream 2 project so controversial?

Nord Stream 2 lobbyists keep repeating that it is a commercial project, but this is untrue. It is easier to understand, knowing that the construction of an underwater gas pipeline is more expensive than a land based on. However, the Russians want a pipeline specifically in the sea. Furthermore, if they wanted the shortest distance, the project would enter the territorial waters of the Baltic States and Poland, however they do not want this, instead heading around – through Finnish, Swedish and Danish waters until they reach Germany.

Hence, it is not just a commercial, but also a political project, which has several aims. One of the main aims is to harm Ukraine. Nord Stream 2 will make it much more dependent on Russia. Currently Ukraine obtains around 2 billion euro in income from gas transit and this forms around 2% of its GDP.

For the Baltic States, Nord Stream 2 will have an impact in several respects. Firstly, because of it, the influence of Gazprom will rise in the entire region. They already have Nord Stream 1 and together with the second pipeline, they will have 110 billion cubic metres of gas, flowing near Lithuanian waters.

This creates a number of pretexts for Russia to have more warships and other security measures in the area. I believe that it is specifically this aspect – security – that is insufficiently explored in the discussion about Nord Stream 2. The Russians will definitely claim they have the right to safeguard their vulnerable supply line themselves.

I believe that this creates a security challenge for all the Baltic States. However, what can we do about it? The simple answer would be to prevent the construction of Nord Stream 2 and progress in this direction can be seen in the US Congress. They wish to implement such sanctions, which would make the pipeline impossible. I believe that it could definitely happen after the November elections.

Another possibility is that Denmark refuses to grant a permit to use its territorial waters. If so, then the construction of Nord Stream 2 will be delayed by at least a year because they will need to perform an evaluation for a new route and this would grant the US Congress sufficient time to decide on sanctions. Another solution could be a Baltic gas pipeline from Norway to Poland. The Klaipėda LNG terminal has a role in this as well.

In your report, you state that unlike Nord Stream 1, Nord Stream 2 will reduce, not increase the diversification of gas supply to Europe. Why?

It is linked to the Ukrainian transit network, the Brotherhood system. In 2012, when Nord Stream 1 was built, a part of the gas was diverted through it, however the Brotherhood system was still used. Meanwhile, the problem with Nord Stream 2 is that together with TurkStream, it will be able to satisfy essentially all the demand previously directed through Brotherhood. Another important aspect is that the gas pipeline will have to be maintained even if it is not used. It will then deteriorate and become unusable, worth only for the amount of scrap metal it contains.

In an August meeting between German Chancellor Angela Merkel and Russian President Vladimir Putin, it was stated that the Americans will not hamper the Nord Stream 2 project.

The problem is that companies participating in the project such as Shell or Engie operate globally. They are dependent on the financing of US banks and access to the US market. If the Americans stated that anyone participating in the Nord Stream 2 project will be unable to have accounts in the USA, these companies would face seriously problems.

The statement you mentioned is more akin to faith to me, not an adequate evaluation. I believe that there is much desire in Washington to prevent this project. A number of pieces of legislation have been registered, which recommend to take action against Gazprom.

If Nord Stream 2 is not stopped, what influence will it have on Lithuania?

Firstly – regarding security, as I mentioned. Another aspect is that all of Lithuania's friends would be influenced. Lithuania itself is in a somewhat different position because you have the Klaipėda LNG terminal, however your allies would weaken and this would affect Lithuania's security.

If Lithuania did not have the LNG terminal, what impact would it have then?

Then it would be far more dependent on Gazprom. This was the case in the past, remember – when the Klaipėda LNG terminal started operating, gas prices dropped 25% in your country. Thus, the LNG terminal is useful even when it is not used because it works as a deterrent. Gazprom understands that gas prices can only be raised up to a certain level, but Lithuania once paid the highest gas prices in Europe.