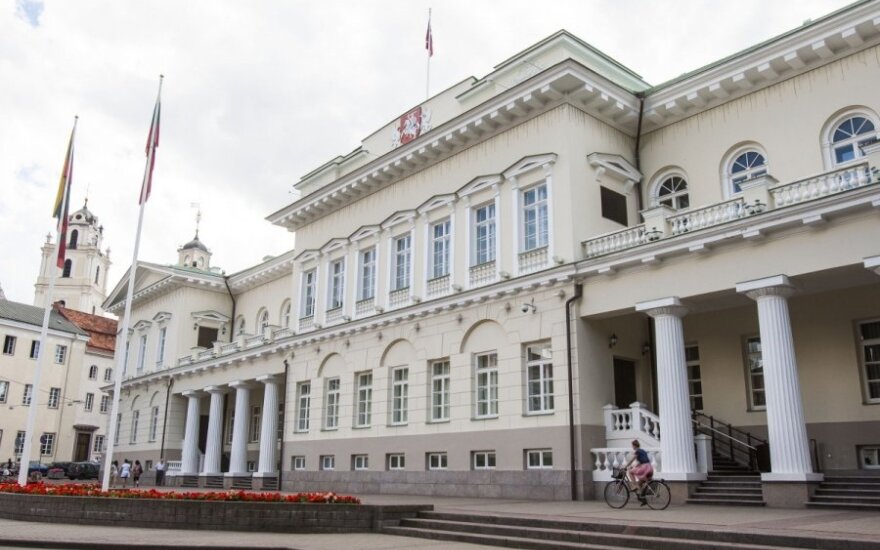 That said, the meeting, which was to be held on Thursday (September 6) evening, was cancelled. According to Delfi sources, this occurred because R. Karbauskis refused to participate.

That a meeting of state leaders was planned on Thursday evening was also confirmed to Delfi by G. Landsbergis. According to him, the invitation was made by the Presidential Palace, but was soon cancelled.

Other would be participants of the meeting were more elusive when talking of it and claimed they did not receive an official invitation. R. Karbauskis told Delfi so as well.

"I have not received any direct invitation, but I have heard such talks. Even if I were officially invited, I would still refuse because I see nothing to talk about in such a format. And if the president has questions, I also have questions, they can be discussed in meetings with the Seimas management, during commissions and in other official formats," R. Karbauskis told Delfi.

Delfi attempted to also contact Prime Minister Saulius Skvernelis and his press representative. Both their phones were switched off, the prime minister and his team are currently in Poland.

Meanwhile, Seimas Speaker Viktoras Pranckietis' press representative Karolina Frolovienė told Delfi that she heard of talks about such a meeting, however the Seimas speaker did not receive an official invitation. On inquiring whether an invitation by email would be viewed as official, K. Frolovienė confirmed once more that no official invitation, electronic or otherwise was received by V. Pranckietis.

The president does not deny having had thoughts of gathering the representatives of the clashing party leaders, however according to her representative, this idea was not met with support.

"The idea to have the conflicting party leaders meet before the autumn session to discuss important for the people decisions, which would require political consensus. Unfortunately, this idea was not met with support," the Presidential Palace's press service comment for Delfi notes.

More than one goal

Vilnius University Institute of International Relations and Political Science political scientist Raimundas Lopata stated that this meeting should be viewed in the context of the nearing political season.

"It will be acute, with a slew of elections and initiatives, which the "Farmers" are displaying. At the head of this are efforts to create commissions once more, not denying a potential investigation over the president's role in political processes. I believe that one of the presidential palace's intentions could be to soften the situation and seek compromise," R. Lopata said.

The political scientist also highlighted the situation in Seimas – the "Farmers" will once more have a majority upon signing a cooperation agreement with the Order and Justice Party.

"And the so-called bulldozer principle will initiate, with the potential to completely ignore the opposition's opinion. I believe that the president's goal could be to avoid the bulldozer principle and return to the rules of the consensus game," R. Lopata said.

According to him, R. Karbauskis' refusal to participate in such a meeting is logical, "Keeping in mind the end of the president's term, desire to show, who is who here."

Prior to the start of the new political season, President D. Grybauskaitė has urged political powers to avoid destructive and personal settling of accounts, which according to her dominated the Seimas spring session, the BNS news agency wrote.

"What we saw in the spring political season, when politicians instead of working, doing something, not necessarily together, but being productive, mainly dealt in destructive revenge taking, raising political turmoil, settling accounts. (...) And if our politicians will deal in only settling of accounts, revenge and wondering, what happened and who to accuse, then Lithuania will not develop, our people will not receive the attention they deserve, the economy will be hampered and there could be various consequences," D. Grybauskaitė told LRT Television.

She stated that next week she intends to discuss the core tasks of the coming autumn session with Seimas the Seimas board on September 10 and said that she will call to unite for constructive work.

D. Grybauskaitė admitted she does not expect rapid changes in political behaviour, especially with a slew of elections nearing and the display of a lack of political maturity, however she emphasised that there are certain "red lines", which should not be overstepped by anyone.

"We have those cycles prior to elections, but there is a red line when this tension becomes absolutely destructive and hampers the country's development. This limit must be felt by everyone. NO doubt, we see the potential for conflicts to arise and interests differ, but there are certain red lines, which cannot be overstepped by any politician," the head of state said.

Next year will feature the municipal, presidential and European Parliament elections. There are also plans to organise a referendum on legalising dual citizenship.

During the spring session, the president and ruling Farmer and Greens Party relations deteriorated significantly, the president sharply criticised the actions of both Seimas and cabinet, the parliament will be debating on a number of presidential vetoes during the autumn session as well.

The Seimas is likely to override President Dalia Grybauskaitė 's veto on amendments lowering the...