the Lithuania Tribune
aA
The EU is seeking new powers to vet gas contracts between Russia and EU countries like Lithuania and the Baltic States before they are signed in an effort to curb the influence of Gazprom on European Union gas markets. 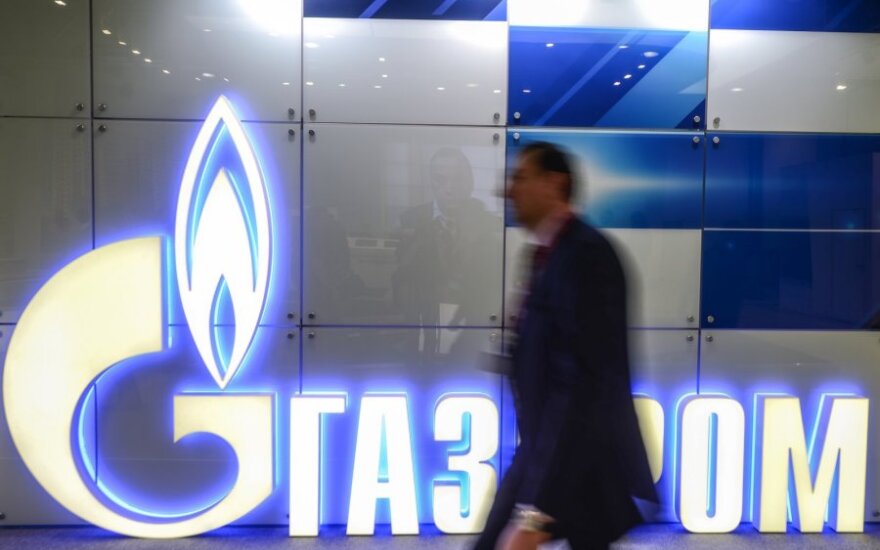 The Financial Times reports that the European Commission is concerned that Moscow has abused its dominant position as a supplier of 30% of Europe’s gas to force illegal clauses into supply contracts with eastern European states, some of which are almost 100% dependent on Gazprom.

Lithuania invested in “The Independence” LNG gas tanker/terminal to break Gazprom’s stranglehold on its natural gas supplies and those of the other Baltic States.

The commission will propose next month that three or four of its officials should clear all governmental energy deals with non-EU states in advance. That represents an increase in power for Brussels bureaucrats that diplomats believe is likely to trigger resistance from larger EU states.

The oversight of gas deals is a highly sensitive matter and was the subject of heated debate between EU leaders last March.

According to early draft documents seen by the Financial Times, the commission wants EU states “to submit their draft intergovernmental agreements to the commission for ex ante assessment”. This would “enhance the proper functioning of the internal market and enhance the EU’s energy security”, it said.

The commission said EU states had reported 124 intergovernmental gas agreements since the end of 2012 and that 15 of them appeared to be incompatible with EU law. It was seeking to clear deals in advance because it found it almost impossible to terminate or revise those 15 disputed agreements once they were in place.

One of the EU’s main objections to Russian contracts have been clauses forbidding the resale of gas. Brussels argues that this infringes open competition and creates a gas market segmented upon national lines. Gazprom is reported to have agreed in talks with the EU to end that practice.

The Financial Times reports that EU officials described the action on governmental agreements as only “one piece of the puzzle” because they are not universally used. One example they cited is that Russia is building a Nord Stream 2 pipeline that bypasses Lithuania and the Baltic States by connecting directly to Germany under the Baltic Sea - that is not underpinned by inter-governmental agreements. The Lithuanian President Dalia Grybauskaitė said last week that Nord Stream 2 was an effort by Russia to divide European Union member states.

Poland has also called for the European Commission to take a stronger role in the vetting of purely commercial gas contracts between Gazprom and private companies.

The commission rejected that approach instead proposing that it should be able to assess commercial supply contracts immediately after they are signed, along with EU member states.

But this condition would only apply when contracts represented 40% of the national market, or market dominance — as is often the case with Gazprom’s gas deals.

The newspaper said the commission’s proposals have been informed partly by the EU’s experience with the $50 billion South Stream gas pipeline, which Gazprom had planned to build under the Black Sea into central Europe. The scheme collapsed at the end of 2014 after Brussels concluded that it contravened EU competition laws that prevent Gazprom and other gas suppliers from also controlling distribution.

One of the commission’s biggest challenges in the case of South Stream was the fact that Russia had already built a tight contractual framework for the pipeline by signing intergovernmental agreements with eastern European states on the proposed pipeline’s route.

Powers to pre-approve gas deals would represent a big change as countries now only notify Brussels about such deals only after they have been signed. The reform will require approval from EU member states and the European Parliament, and is likely to be opposed by Germany but supported by Britain.

The Nord Stream 2 gas pipeline to Germany, which Russia plans to build across the Baltic Sea, is...

The European Commission is working "in two directions" on an anti-monopoly investigation of Russia...

Why is the deal between Russia's Gazprom and Lithuania's Amber Grid important?