EU after Brexit – what dangers lurk 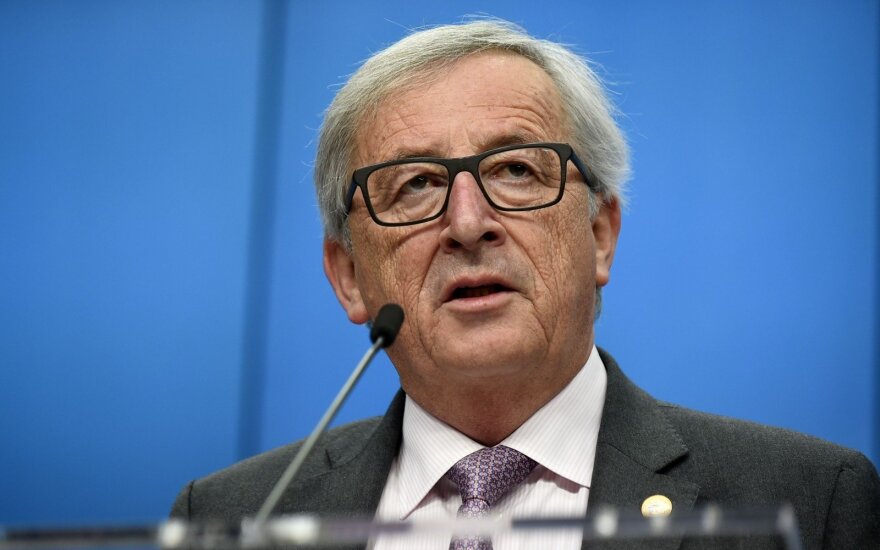 Having outlined five scenarios of the British withdrawal from the EU, Europe will likely be unable to move toward change and will veer to the first one – not changing current policy. Such is the consensus of political scientists interviewed by LRT.lt, Ramūnas Vilpišauskas and Laurynas Kasčiūnas. The third scenario – multi-speed Europe may be the most supported by Western European states, but according to L. Kasčiūnas, it is also the most dangerous, LRT.lt reported.

Related articles
After Juncker's speech, German, Lithuanian ministers don't want major EU disunity
Can Lithuania benefit from improved relations between the US and the UK or China and Germany?

Scenario three poses the most danger

One of the scenarios suggests the emergence of a multi-speed Europe, where some states would participate in one or several voluntary coalitions in the areas of defence, domestic security, tax and the courts. According to the European Commission this path would ensure that “The unity of the EU at 27 is preserved while further cooperation is made possible for those who want.”

L. Kasčiūnas notes that to an extent this has been the case already, with for example the Danish not participating in the European security and defence policy dimension, instead relying on NATO. He points out that the two speeds would become more mandatory as things are now.

He also points out that this is the most dangerous choice because it would be a move toward federalisation, pressuring EU states to either cooperate or be left in the EU periphery. According to the expert this is less of a choice and more a cause for internal tensions.

Vilnius University Institute of International Relations and Political Science Director R. Vilpišauskas believes that the third scenario could lead to federalisation, but finds such an outcome unlikely. He explains that while closer cooperation between a smaller group of EU states could spread to other EU states or lead to federalisation among the smaller group, current attempts to integrate have been telling, with countries quibbling on taxation and other issues for years on end.

The Commission does not want solely the single market

The second post-Brexit scenario is one of the Union becoming based on the single market, eschewing ambitions of further political integration, something long pursued by the UK in a belief that the EU would be far more effective as a joint economy if it did not pursue closer integration.
L. Kasčiūnas finds the scenario appealing ideologically due to its return of national sovereignty, however he points out that it would be not only difficult to retract the steps already made, but it would also not benefit Lithuania because the country needs the EU as is.

Meanwhile R. Vilpišauskas highlights that the formulation of the second scenario is cunning, with the European Commission focusing on the negative results of the scenario, leaving no more free movement of people and services.

Kasčiūnas – the fifth scenario would oppose our statehood

The fifth scenario presented by the EC is one of even closer cooperation “where there is consensus that neither the EU27 as it is, nor European countries on their own, are well-equipped enough to face the challenges of the day, Member States decide to share more power, resources and decision-making across the board.“ EU legislation would take up a more important role, regulating citizens‘ rights to a greater degree.

L. Kasčiūnas points out that this scenario opposes Lithuanian statehood, furthermore not answering a number of fundamental questions on European integration because it would no longer be a question of just physical integration, but would also require to answer the question of what Europe is, what it defends and what its identity is, almost like forming a state. Kasčiūnas also opposes it because it is unclear what would legitimise such a process and who would represent such a federation.

Vilpišauskas – scenario four is appealing, but difficult to accomplish

Scenario four would see the EU aiming to “focus its attention and limited resources on a reduced number of areas“. Under such circumstances attention would be focused on areas where clear gains are possible, such as technological innovation, trade, security, immigration, border control and defence, while the EU would withdraw from others, such as regional development, healthcare, labour and social politics, leaving it to national governments.

L. Kasčiūnas, who is also a member of the Lithuanian Seimas, finds this scenario the most intriguing, he notes that it would allow Europe to reduce its vulnerabilities.

Meanwhile R. Vilpišauskas believes that the EU will likely be progressing along the third and fourth scenarios. He notes that while the fourth is appealing, it is difficult to realise because it would require effective implementation of decisions, which would demand distance from narrow interests, something currently impossible in, for example, agricultural policy, leaving the fourth scenario unlikely.

Most likely – no great change

Both experts agree that the most likely outcome is one of no great changes in EU policy, namely the first scenario outlined by the EC, with the remaining 27 members of the Union continuing current policy, focusing on reform, creating jobs, growing economies and investment.

R. Vilpišauskas believes it is most likely that this will also somewhat overlap with scenario three – multi-speed Europe. He highlights the Eurozone as an example of smaller integration groups among others. In the end he concludes that any significant changes are neither likely, nor politically possible.

L. Kasčiūnas also calls the first scenario the most likely, reminding that an uproar in favour of change always follows major shocks, but when everything calms down it all returns to business as usual. He explains that the first scenario could be a starting point, beyond all the scenarios he points out it is important to resolve key philosophical questions – what is the identity of Europe and who represents it. The expert concludes that without answers to such questions, there is no meaning to any greater integration.

The foreign ministers of Lithuania and Germany say that discussions of the idea of a "multiple-speed"...

Albinas Januška , Lithuanian politician, one of the founders of the Social Democratic Party , a...

Moderate political parties' success in the Dutch parliamentary election shows that Europe may be able...