English Aristocrats in Kražiai in the Middle of the 16th Century

aA
Catherine Willaughby, the Duchess of Suffolk (1519/1520-1580) and her second husband Richard Bertie (1517-1582), who were closely tied to England’s royal family, lived in the town of Kražiai, not far from Kelmė, from the middle of 1557 to March 1559. As a faithful Protestant, she later became a hero, with ballands, plays and films made about her. 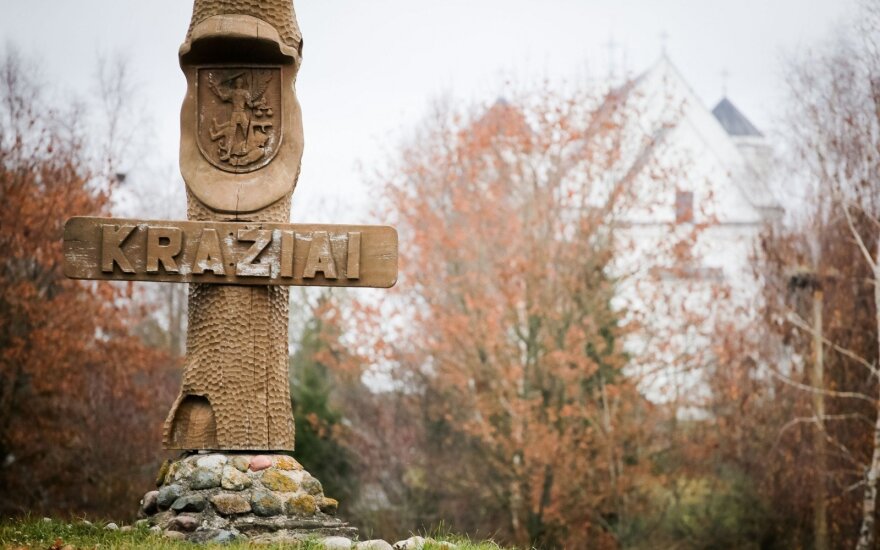 The future Duchess of Suffolk studied music and dance, Latin, and Greek, and the basics of taking care of a household as a child. When she was approximately 13 to 14 years old, she married 47 year-old Charles Brandon, the 1st Duke of Suffolk (1484-1545), in 1533, with whom she had two sons – Henry (1535-1551) and Charles (1537/1538-1551). Both of them, who were between 15 and 18 years old, died from an illness of unclear origins known as the sweating sickness (also as English sweate, and sudor anglicus in Latin) in which a patient sweats profusely and has a high temperature, on July 16th, 1551. Men in England between 15 and 45 years of age were the ones that suffered most from this disease, and the last time it led to death was in 1551.

Related articles
The brotherhood of beggars in the Late Middle Ages Vilnius
“A Land of Forests and Swamp.” The image of Lithuania in Medieval Europe

After her husband's death, the beautiful and wealthy widow who inherited the title secretly, married Richard Bertie (1517-1582), a member of her household, at the beginning of 1553. He did not have a title, however he was educated, had finished Oxford, and knew Latin (which came to good use in exile), French, and Italian. Both were fervent Protestants. The marriage stoked many rumours. The couple belonged to the Protestant faith, which, differed from many others (for example, William Cecil, an old friend of the duchess), strictly refused to return to the Catholic faith or reconcile themselves to the restoration of Catholicism carried out by Mary Tudor, who became the Queen of England in July 1553. The educated, wealthy and publically known aristocrat Catherine Suffolk openly supported Protestantism. The couple would have been killed in England. They pragmatically took care of their holdings (renting them to Richard Bertie's parents), and left for the continent secretly in 1555.

Their Wanderings Led Them to the Great Duchy of Lithuania (GDL)

The duchess together with her small family and a group of servants left for this self-imposed exile. She took along her baby daughter Susan (1554-after 1596). The family wandered for more than 2 years through various German lands. In 1555 they gave birth to a son, Peregrine (1551-1601). When he returned to his homeland in 1559, he was lawfully naturalized on August 2nd, 1559). Later on 15 male members of the Bertie family were named after Peregrine, who became a famous English war general.

While the refugees were in the unsafe town of Weinheim, in the Palatinate of the Rhine, King Sigismund Augustus invited them to stay in his country. A special letter was sent by Vilnius voivode and GDL Chancellor Mikołaj Radvila the Black. It seems that reformer Jan Lacki, who had come two years earlier from England, had told them about the noble religious refugees. Lacki had been in contact with former bishop and ardent Protestant ,William Barlow. Lacki acted as a mediator, presenting precious jewels of the nobles to Sigismund Augustus, and brought a document to them from the king for renting the holdings of Kražiai. There is a rumour that existed in literature that Catherine, the Duchess of Suffolk was among the candidates to become the wife of Sigismund Augustus after Queen Barbora died in 1551. Sigismund Augustus' invitation clearly shows his religious sympathies at the time and great religious tolerance that formed under the influence of Radvila the Black. For the exiles, the country also seemed sufficiently protestant and safe.

The couple, with two small children in a large carriage, accompanied by several horsemen, left for Poland in April 1557, and through Poland to the GDL. It's doubtful that the newcomers were happy about the poor roads and feeble buildings, but they were safe, protected by the king and a powerful noble, they enjoyed a period of rest where they patiently waited in hopes that the religious tide would change in their favor back in their homeland.

A Protestant Environment in Lithuania

Why did they choose the GDL? It seems that this was greatly influenced by the position of Vilnius voivode and GDL Chancellor Radvila the Black. Why Kražiai? The holding was large and wealthy, there was a church in the town, along with manor buildings. The court proceedings of the Samogitian starosta took place in Kražiai. After the death of GDL cup bearer and reformer Stanislovas Kęsgaila (Stanisław Kieżgajło) in 1554 (he received a part of his holdings until his death, and from 1549 was given the title of Count of Kražiai), the duchy returned to the king. The king handed it over temporarily to Samogitian Starosta Jeronimas Chodkevičius (Hieronim Chodkiewicz) to rule. There most likely was a large number of protestants there. The holdings (the manor estate, town and parish) was given to the English aristocrats in exchange for the precious jewels they had given to the treasury, which totalled 3,666 tolars, i.e. 1,613 Lithuanian half groats. The king appointed two experienced and educated individuals to help them - Jerzy Kamieński, who was a servant of Radvila the Black and owner of the Gaurė Manor Estate who knew German, and Stanisław Skaszewski, who was a former client of Stanislovas Kęsgaila and owner of the Kurtuvėnai Manor Estate who knew Latin, and was the son-in-law of Kamieński (he was married to Kamieński's daughter Jadvyga). As a patron, he also was more inclined toward Protestantism.

From 1551 he was the holder of Kražiai, which would give approximately 280 half groats in income annually. They both would title themselves the Starosta of Kražiai, and the Steward of the Royal House of Suffolk in their letters from Kražiai. Skaszewski would collect taxes in the territory under their control.

The Kražiai aristocrats lived for almost two years "quietly and respectfully." They learned of the death of Queen Mary Tudor on 17 November 1558 at the end of the year. The duchess sent gifts to the newly installed Queen Elizabeth I on the occasion of the New Year – a pillow stitched with many pearls and a luxuriously bound Book of Ecclesiastes. Letters have survived from 28 January and 4th March 1559, which were written in Kražiai ("from our house of Crossen"): the first was to Queen Elizabeth, and the second to an old friend, William Cecil, the queen's secretary and advisor.

The couple returned to England in the summer of 1559. The holdings of Kražiai were bought back by Radvila the Black in 1559. Their holdings in their homeland were returned to them, and they were released from debts to the state that had accrued during the period of rule of Queen Mary Tudor. Duchess Suffolk did not attain greater influence in the court, and became disillusioned with the compromises of the new ruler regarding religion. They lived in Grimsthorpe Castle in Lincolnshire until the end of their lives. Both were buried in a family grave in the Spilsby parish church.

A. Chilvers, The Berties of Grimsthorpe Castle, Bloomington, 2010.

Protestant aristocrat Katherine Willoughby, the Duchess of Suffolk (1519/1520-1580) and her second husband, Richard Bertie (1517-1582), who had escaped religious persecution in their homeland and who had close ties with the royal family of England, lived in the small town of Kražiai, which was near to Kelmė, from the middle of 1557 to March 1559. History