Electoral system changes on the horizon – will the partisanship purge succeed? 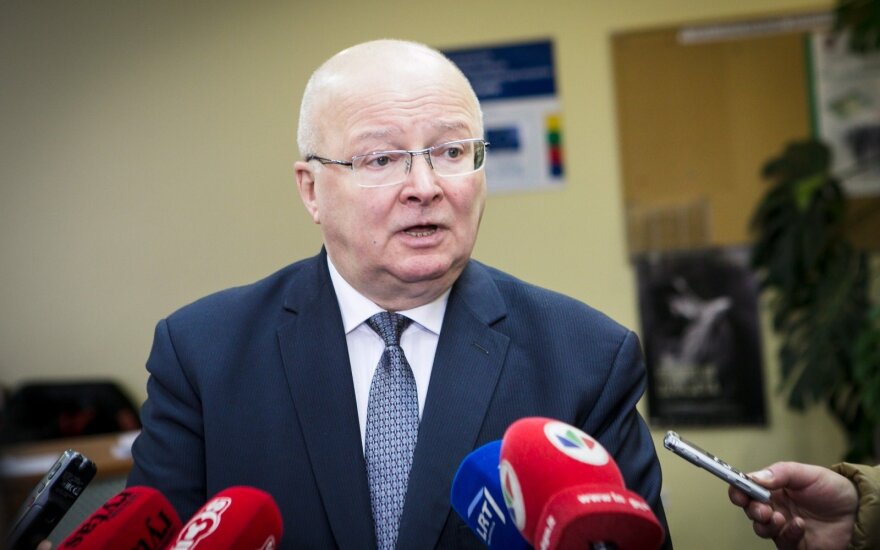 The Seimas has once again brought up the idea to prohibit parties from politicising the Chief Electoral Commission’s (VRK) work. Politicians have pledged to detach from VRK work a number of times already, but this time it would appear they may just succeed to, alfa.lt reported.

Last week members of Seimas began discussing amendments proposed by the Lithuanian Farmer and Greens Union (LVŽS) and Homeland Union – Lithuanian Christian Democrats (TS-LKD) that propose to remove the ability of political parties to delegate representatives to the VRK.

Only the president remains of politicians

Up to now the VRK was formed by representatives selected by the Minister of Justice, Lithuanian Society of Law and the President, based on a secret vote. Furthermore the commission would also contain representatives of parties that managed to enter Seimas through multi-mandate district voting.

The amendments proposed by “Farmers” Ramūnas Karbauskis, Agnė Širinskienė, Arvydas Nekrošius and Rima Baškienė alongside Conservative Tadas Langaitis suggest that members of political parties and former members, if they withdrew within the last three years, cannot be appointed VRK chairman or members. Furthermore it is stressed that an individual cannot be appointed a member of the VRK more than twice in a row.

The free of political parties VRK, according to the amendment project, would be formed of individuals proposed by the Judicial Council, Lithuanian Society of Law, Lithuanian Bar Association and the President, with candidates being appointed based on a secret vote in Seimas. The commission chairman should be proposed by the Seimas Speaker as before.

In his presentation of the amendments, Conservative T. Langaitis explained that the VRK has for a time now been unable to resolve problems of electoral breaches, thus the time has arrived to change the regulations for its composition.

“There was clear influence in not resolving electoral breaches of conduct. Over the past year, as much as I have encountered breaches were not investigated, either prior, during or after elections. There was clear political influence in redrawing the electoral districts during the past elections. We saw how the parties manage to gather their influence in the electoral commission and this is why we need clear principles – the VRK should not have any members representing the interests of a single political party,” the politician said on Thursday.

Meanwhile “Farmer” leader Ramūnas Karbauskis explained that depoliticising the VRK will not completely erase the influence of political parties in appointing commission members because in the end they are still appointed through secret ballots in Seimas and parties would still have observers, even if they cannot vote in the commission.

The politician also adds that there will be a need to increase the commission’s budget so that the new members would have sufficient financial motivation to fulfil their competences, something R. Karbauskis says he has discussed with Prime Minister Saulius Skvernelis.

President Dalia Grybauskaitė expressed her support for the project on Friday, stating in an interview with LRT radio that there is a need for more transparent elections, as well as a more transparent VRK and overall political system, thus such a depoliticising reform will definitely receive her support.
The head of state has levied criticism at the head of the VRK Zenonas Vaigauskas and the commission’s work before. For example on June 9 last year, during her annual address, D. Grybauskaitė mentioned that the cleansing of corruption in Lithuania would be more rapid if “the VRK was depoliticised”.

Opponent – why was the presidential palace so fortunate?

So far the plans to depoliticise the VRK via various amendments have been opposed by two individuals. One of them is current member of VRK Jonas Udris, who inquired the project’s makers, why they propose the commission chairman’s candidacy to be left to the Seimas Speaker to decide and left the right of proposing members to the President if they seek to depoliticise the commission.
He highlights this as an issue because in the 2024 presidential election, there will be a question whether the VRK representatives proposed by the incumbent president will not be biased.

R. Karbauskis has responded to this by explaining that this is a matter of discussion in Seimas and will still be decided on because changes can only be made in four years with the formation of a new commission. He stresses that there is no question why the commission should be depoliticised, but only how it should be done.

The proposal also has a detractor in the Conservative camp in the form of Mantas Adomėnas, who states that based on such logics, you could go as far as to bar members of parties from being voted into Seimas. According to the politician it is simply absurd not to have representation from parties in an institution that rules on electoral disputes when parties are a pillar of constitutional order.

During voting on these amendments on Thursday, 47 members of Seimas voted for, 1 against and 19 abstained. The “Farmer” and Liberal Movement Seimas groups were most united in their support for the project, while the Conservative and Social Democrat groups were divided in their views of it, while among the Electoral Action of Poles and Order and Justice, no support was found for the project.

Political scientist – it may be harder to see political influence

Political scientist Lauras Bielinis told the Alfa.lt news portal that the initiative supported by D. Grybauskaitė, the “Farmers” and some of the Conservatives may not necessarily mean that they will succeed in creating an election organisation and oversight organ that would be less politically influenced than is now.

Currently the VRK is formed by various political powers, leading to them being motivated to control one another and if they come to agreements, at least their interests are clear to see. A commission formed by appointees of jurists and the president would contain political intrigues less noticeable to the general public. In this regard, Bielinis explains, the participation of political party representatives brought in a sort of stability.

The Central Electoral Commission (VRK) has hinted at a potential removal of the Order and Justice...

MP Greta Kildišienė of the ruling Lithuanian Peasant and Green Union on Monday submitted a plea...