ELECTIONS. Zuokas and the LLS – the fall from liberalism 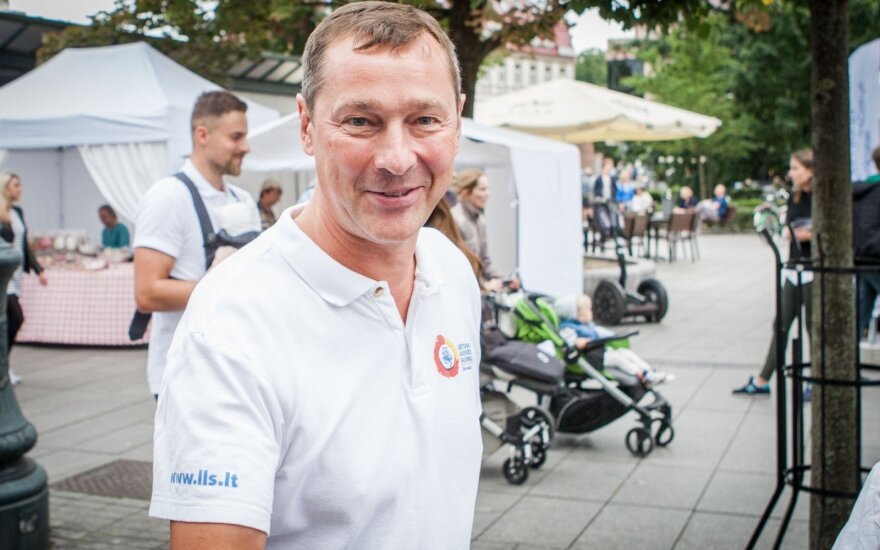 Speaking to LRT Radio, economist Gitanas Nausėda stated that one needs to have a strong imagination to call the Lithuanian Freedom Union’s (LLS) leader Artūras Zuokas a liberal. According to Nausėda many of the politician’s ideas and much of the work he has done does not adhere to the liberal ideology. The economist is echoed by political commentator Rimvydas Valatka, who notes that some aspects of the party programme are reminiscent of communism.

Related articles
ELECTIONS 2016: Key points on debate of economic from small parties
Lithuanian financial ministers to be investigated for malfeasance

R. Valatka finds the LLS to be a party of tired heroes, with its leader A. Zuokas being a unique figure in Lithuanian politics.

“A. Zuokas is a very interesting figure in our politics. He was probably the most capable politician of his generation. If he’d had enough patience and strength, with a slightly different set of circumstances, he’d likely have become Prime Minister or even President, but before one election, while walking to the Vilnius municipality he suddenly turned from a Liberal into a Social Democrat. It looks like he is copying some details from communism now,” mused R. Valatka.

Between claiming to ensure a €1450 average wage, to VAT exemptions on healthy food and vast benefits to families, particularly those with multiple children, Valatka finds the LLS programme utopian, the state budget would need to reach not 9 billion euro, but 18 billion instead. “That said, if there’s almost no chance of entering Seimas, what does it matter what sort of book you’ll write? […] It’s fun to read. If you know nothing about economics, you could say “What a great guy, great party,”” quips R. Valatka.

Economist G. Nausėda is not particularly convinced by the LLS programme either. He observes that the party programme talks much about people’s happiness, rather than concrete goals. The economist points out Zuokas’ consistency, noting how the €1450 average wage promise is familiar. Zuokas once promised that average wages in Vilnius would reach 6000 litas [~€1739] by 2020 when he ran for mayor. There is a lack of detail on how this sort of average wage would be attained however, Nausėda jokes that voters would be forced to leave the matter to faith and that the LLS would be competing with the Church in this regard. Furthermore he notes that there is no way the programme could produce a surplus, which is one of the stated aims, rather observing a likely large budget deficit.

Nevertheless Nausėda concedes there are some insightful and innovative ideas in the programme, something to work with.

A number of pledges made in the programme do not fit with the liberal ideology that the party ascribes to, note the experts. Among these are the concept of announcing recommendations for professional educations that are needed in the state and the rejuvenation of colleges via providing master’s studies in them despite the acknowledged overabundance of higher education institutions in Lithuania.

“The further we go, the more boring it looks. Things that have less and less relation to reality are being examine. It repeats. We read it once again in the LLS’ programme. It contains some good things about tax exemptions and investment, but that has been heard often before and it is nothing new in this election,” notes the Chief Editor of LRT.lt Vladimiras Laučius. He observes that many details in party programmes are surprisingly similar to the point of being uninteresting and parties simply do not take responsibility for the content of the programmes, particularly parties like the LLS that don’t have any big chances of actually entering Seimas with more than a couple of members.

Seimas electoral debates are to go on for four weeks leading up to the October Seimas elections ....

Lithuanian financial ministers to be investigated for malfeasance

Artūras Zuokas , the leader of the opposition in the Vilnius city council , has called for an...

Four week cycle of Seimas electoral debates has commenced. Politicians will be discussing the topics...