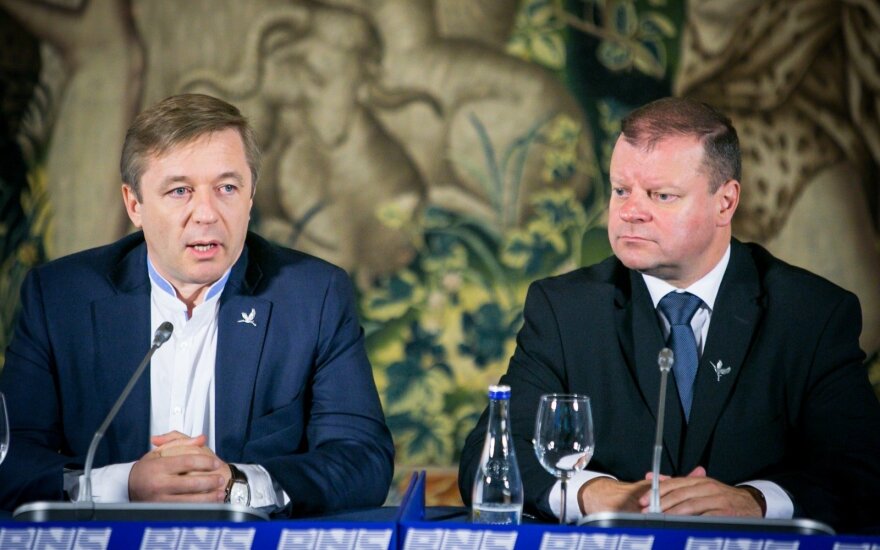 One of the winners of the Seimas elections, the Lithuanian Peasant and Greens Union (LVŽS) stresses its support of a social market economy. Their programme contains a number of proposals that can be seen as unique for the Lithuanian context. DELFI highlights three: a regional development bank, monopoly alcohol sales and stricter regulation of competition in the retail sector.

A bank for the regions

The LVŽS programme states that “On the basis of the Lithuanian Post we will establish a regional development bank which will improve accessibility to financial services in regions and will perform a stabilising role in an environment of a risky private finance sector, as demonstrated by the 2009-2010 crisis in Lithuania.”

The Chief Economist for Swedbank Nerijus Mačiulis tells DELFI that it is possible to do, given enough will.

“Perhaps the question is that of whether it is necessary and if it would change the economic perspectives of the regions. Demand for such a bank can only be justified by stating that not regional, but all other banks operating in Lithuania fail to perform their functions and do not credit small businesses based in the regions,” the expert commented on Monday, noting that such a belief is incorrect.

“Lithuania is a small state and all banks have branches in the regions, serving all the clients there. I do not believe that any region or specific sector is discriminated against,” he said, adding that the only change this could bring about is decreasing the bar for crediting so low that anyone could get credit at any time.

Vilnius University Institute of International Relations and Political Science lecturer Liutauras Gudžinskas says that he can hardly imagine such a bank seeing the light of day.

“There have been ideas like this before, the late Veselka raised this question. Such a bank would demand high expenses and given the need to keep the state budget balanced, the need for reform in education and healthcare, it is unlikely such a bank would be a priority which would obtain sufficient resources,” mused the analyst, though adding that such a step could happen if the cabinet was totally dominated by the LVŽS, but definitely not in a coalition with the Homeland Union (TS-LKD) or the Liberals.

“During the transitional period prior to implementing a state monopoly alcohol sales system, we will implement stricter regulations on issuing alcohol sale licenses, as well as raise excises on harmful alcoholic and tobacco products,” is another pledge made by the “Peasants”.

N. Mačiulis sees this as emulation of the Swedish example where sale of beverages with over 3.5% alcohol content are restricted.

“Alcohol is sold only in state companies in specific places at specific times of day. Usually neither the place, nor the time are convenient. And the reason here is not economic, the goal is not to fill some niche or some function, which is not performed by others in the market, but to restrict the functioning of the sector in order to reduce alcohol consumption in Lithuania,” explained the economist. He stresses that this has partially succeeded in Sweden with reduced alcohol consumption. Mačiulis expresses concern, however, over a local circumstance – contraband and illegal alcohol production, which could circumvent the system and have negative outcomes.
L. Gudžinskas points out that this idea has a higher likelihood of being implemented because the LVŽS feels strongly about this question and so is the TS-LKD, a potential coalition partner.

N. Mačiulis highly doubts the value of such limitations, noting that most European states have such limitations set much higher than 15%. While he notes that there can be benefits in raising jobs and helping small businesses emerge, the end result will likely not bring much benefit to the end consumer due to lost economies of scale.

L. Gudžinskas also finds such a proposal dubious, stating that there would likely not be enough political will to implement this anyway, unless it became apparent that one company or another is dominant and dictating prices.

The elections haven’t even concluded yet, but the “ Peasant s” are already promising to work...

ELECTIONS. Analysis. Social policy debate – another victory for the “Peasants”

The “ Peasants ” (LVŽS) are celebrating their second consecutive debate victory, shows a survey...