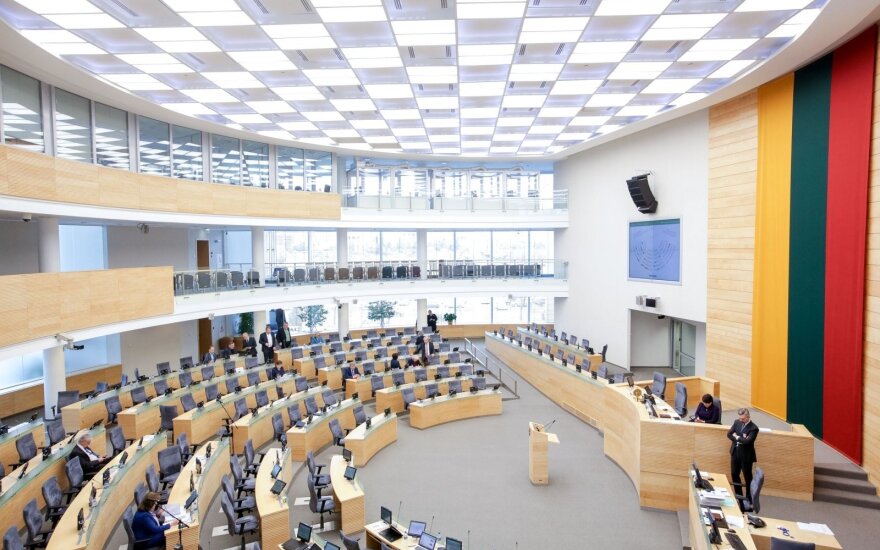 The Lithuanian Social Democrat Party (LSDP), having been left third in the election, does not appear to be willing to let go of the reins of governance. Party leader, PM Algirdas Butkevičius stated that after the election he has already spoken to Lithuanian Peasant and Greens Union (LVŽS) frontrunner Saulius Skvernelis. Butkevičius denies talks of coalition, explaining that he frequently meets the former minister and not negotiations on a coalition have been done, Alfa.lt reported.

“Discussions are not negotiations, only by discussing do we achieve anything; we speak with everyone, today I spoke with the Conservatives and with the Labour Party. They are not serious, Mr. Karbauskis has clearly stated – negotiations will begin after the second round, these are just chats,” streses Algirdas Sysas, Social Democrat deputy chairman.

Skvernelis does not give away anything either, stating that the “Peasants” are still undecided, to turn to the left or the right. He is convinced that after the second round, all parties will be at their beck and call to form a coalition.

“We are discussing with everyone, Landsbergis, Butkevičius. We expect we will be able to pick a party after the second round instead of being wanted. We will speak of priorities when second round results appear,” says Skvernelis.

“Butkevičius is not change. Butkevičius is the same government that has governed Lithuania, which has brought it to where it is now. Parties that go to negotiate with him take on the mark of four years of stagnation, nomenclature and shadow,” says Conservative party chairman Gabrielius Landsbergis.
Analyst Rimvydas Valatka says that it would be logical to form a rightist coalition. However he observes that the real goals of LVŽS leader Ramūnas Karbauskis are unknown. Apparently the Social Democrats could be a more convenient partner for him.

“A coalition with the Social Democrats could be more beneficial, such a coalition could be abused, Karbauskis himself will be passive, will sit in Seimas criticising various other parties,”
Likely partners for a LVŽS – LSDP coalition would be the Polish Electoral Action and Order and Justice.

Tension continues to run high after the elections . The opposition parties have exerted dominance...

ELECTIONS. First round of the Seimas elections. Analysis.

The elections have ended and we will continue to analyse the results for the next few days. Much has...

ELECTIONS. Valatka on “Peasant” voters – confusion with last names is a tendency