ELECTIONS. Parties are on the brink of Seimas and their chances

LT Daily, Media Briefing
aA
According to an opinion poll by public opinion and market research company Vilmorus, the top three most popular parties are more or less cemented in their positions by now. The situation is not quite as clear lower down in the rankings however. There are a number of parties in the upcoming election that, according to the poll data, are on the brink of being able to enter Seimas. 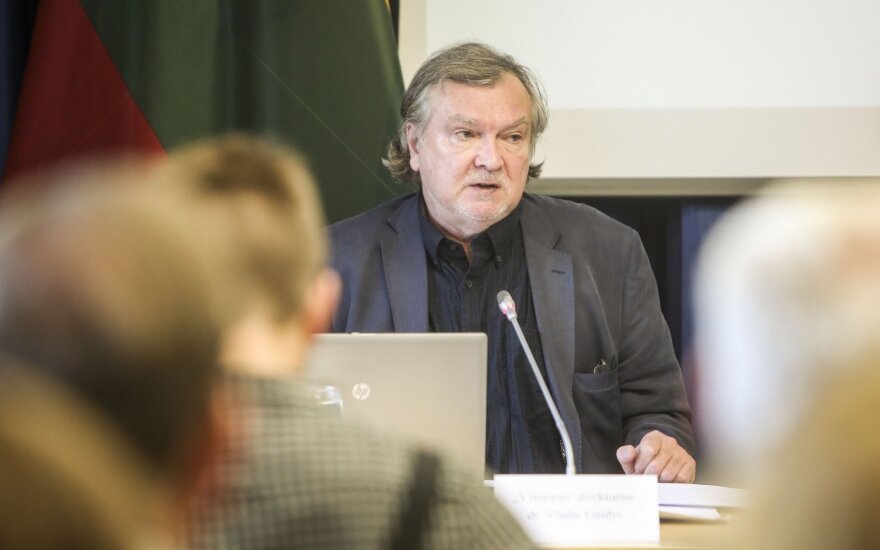 Among their number the closest competition exists between three parties – the Electoral Action of Poles in Lithuania-Christian Families’ Union (LLRA-KŠS), the Anti-Corruption Coalition of Kristupas Krivickas and Naglis Puteikis and the Order and Justice Party. At the same time, the Liberal parties aiming for Seimas seats may be down, but are certainly not out just yet, LRT.lt reported.

Political scientists believe that this party is harnessing the protest vote and could be an expression of dissatisfaction with established parties. The coalition should receive 4.7% of the vote according to recent poll data, but according to head of Vilmorus Vladas Gaidys, the number could be as high as 7.4%, which would be enough for the coalition to overcome the hurdle of receiving a minimum 7% of votes to enter Seimas.

Mykolas Romeris University political scientist Rima Urbonaitė believes that the coalition has definite chances of entering Seimas, if they manage to keep up momentum and if the scandals surrounding other parties continue to persist in public consciousness. Nevertheless she hesitates to provide a firm prognosis.

Vytautas Bruveris, analyst for the Lietuvos Rytas newspaper believes that this party, alongside LLRA-KŠS are the most likely to enter Seimas of the “second tier” parties. He stresses that the Coalition of Krivickas and Puteikis has been consistently underestimated and while they may not be able to draw all populist inclined voters, they should likely be able to gather enough to pass the 7% hurdle.

The Electoral Action of Poles in Lithuania-Christian Families’ Union

Vilmorus poll data suggests the LLRA-KŠS could expect support from 2% of the voter base, but V. Gaidys once again notes that they should still be able to mobilise enough voters. The poll may reflect the truth poorly for this party because it is difficult to reach some of the voter base due to them living in more remote areas in many cases.

R. Urbonaitė agrees that the LLRA-KŠS have good chances to enter Seimas. She notes that they have a niche voter base and if they party mobilises its voters well, it has good chances of winning, particularly so if the general voter turnout is low.

V. Bruveris is surprised by the low ratings the LLRA-KŠS is receiving. He finds that their electorate should have grown and gotten stronger over the past years, so there’s little reason for a large decrease. He muses that perhaps it is related to the controversies surrounding Valdemar Tomashevski, but concedes that it is unlikely since the type of voter in support of the LLRA-KŠS is unlikely to hold much interest in that.

The Liberal Movement and the Lithuanian Freedom Union

Just in spring the Liberal Movement (LS) was one of the most popular political parties in the country, but following a corruption scandal that shook the party to its core only 2.7% of the voter base would cast their vote in favour of one of the liberal parties according to poll data.
V. Gaidys stresses that the polling happened at a bad time for the party, when the former party Chairman Eligijus Masiulis went on air regarding his corruption scandal, reigniting the debate on the matter, which hurt party ratings. The sociologist notes that if we are to look at only those who plan to vote, the LS can expect 4.2% of the vote and are still in the running to enter Seimas. R. Urbonaite echoes such sentiments, pointing out that it all depends on the last few weeks, how much the situation with E. Masiulis will escalate and how much effort the party will put in, so there’s no need to write them off.

V. Bruveris notes that between the two liberal-leaning parties, the LS and Artūras Zuokas’ Lithuanian Freedom Union, the LS has better chances of entering Seimas. Bruveris believes that there isn’t much more the LS can do and it all hangs on whether the voters lost following the last statements by Masiulis will end up returning to the fold and whether the party can avoid any further blemishes leading up to the election. The core liberal voters have few alternatives, thus the LS’ chances are not as bad as they could be.

Zuokas’ Freedom Union, however, is not in a position of strength in this case. Experts note both a lack of charismatic draw from former Vilnius Mayor Artūras Zuokas, which once carried the party and a failure to occupy the niche left open by the LS with their voters disappointed regarding the recent scandal.

The Order and Justice party

This party is right on the edge, with polls suggesting they could receive 4.8% of the vote in October. The commentators are somewhat split on the party. On one hand Urbonaitė believes that the party simply lacks drive and charisma in their campaign, making it difficult for them to go far. Meanwhile Bruveris believes that the party will simply enter Seimas thanks to its traditionally stable voter base, despite the particularly bland electoral campaign and party leader Rolandas Paksas’ equally bleak performance. Nevertheless there is plenty of reason for the party to be concerned because its votes could very well get drawn away by the Anti-Corruption Coalition of Kristupas Krivickas and Naglis Puteikis.