LT Daily, media brief
aA
The elections haven’t even concluded yet, but the “Peasants” are already promising to work on the Labour Code. Meanwhile business representatives are critical of such plans, while political analysts are sceptical, believing that this is just a continuation of the electoral campaign. 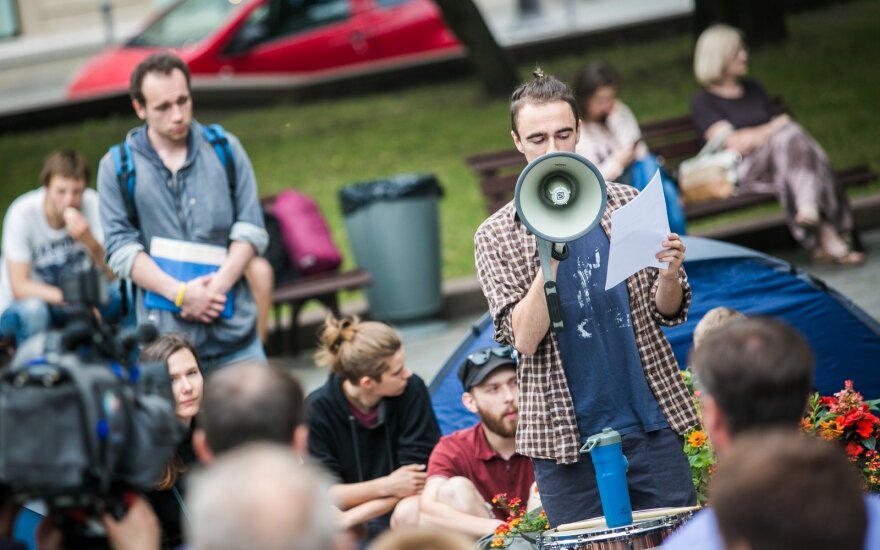 Ramūnas Karbauskis repeats that the current code, the way it was passed in Seimas, cannot remain. His party, the Lithuanian Peasant and Greens Union (LVŽS) which is in a close second to the Homeland Union – Lithuanian Christian Democrats (TS-LKD) names amending the Labour Code as one of their key objectives.

Already on the night of the election, Karbauskis announced that their first task in Seimas will be amending the Labour Code. While not specific about how this will be done, he explains that they will follow the President’s lead.

“Essentially these amendments are targeted at improving the negotiation position of employees, ensuring they need not beg for charity, but rather can negotiate with the employer. This would encourage dialogue with employees among socially responsible businesses,” spoke LVŽS frontrunner Saulius Skvernelis.

Meanwhile representatives of the Investor’s Forum have expressed concern, describing such statements as the “Peasants” yielding to populism. The Chairwoman of the Investor’s Forum Rūta Skyrienė describes the previous Labour Code as having been ancient, comparable to that in some African states, noting that the party should review the code before taking their current stance. Similarly the head of the Lithuanian Business Confederation Valdas Sutkus urges to the party to pace itself, claiming that the party should not get too caught up in the emotional atmosphere of the election.

Political analyst Kęstutis Girnius notes that the current coalition’s leader, the Lithuanian Social Democrat Party (LSDP) lost the elections in no small part due to their support of the Labour Code with surveys suggesting that 50% of the population strongly oppose the new code. Thus Girnius believes that such a stance is intended to make the party stand out in order to gain an edge over the LVŽS’ key rivals in the second round, namely the TS-LKD and the LSDP.

Lithuania needs changes in areas, such as education, however, the important thing for business is that...

The new Labour Code passed by the Seimas has not been well received by voters. Based on a poll by...