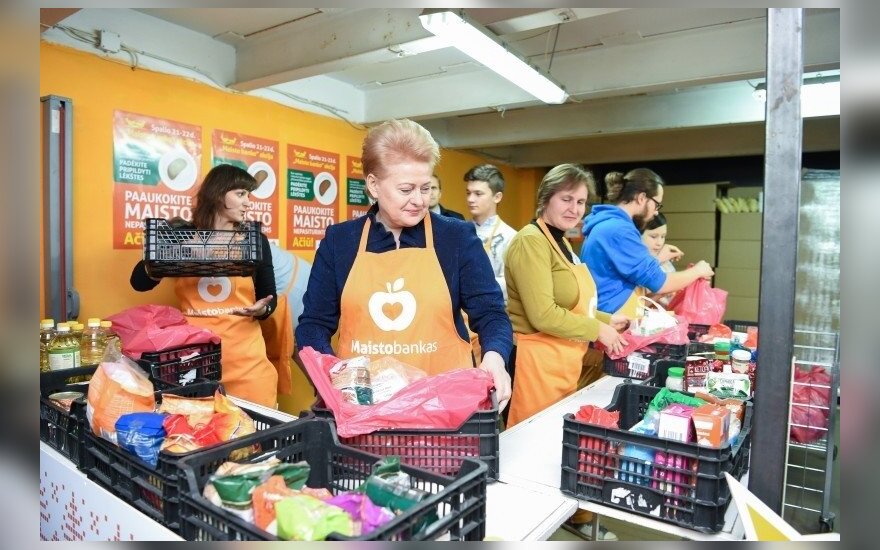 So far only 73 mandates have been won, 70 in the multi-mandate electoral district and 3 from single-mandate districts where Ingrida Šimonytė, Leonardas Talmontas and Česlavas Olševskis took first round victories. 68 more mandates are up for grabs. Thus for now it is still hard to say who will be kings and who will be beggars, even the parties themselves have been speaking very reservedly of possibilities and are in no rush to make conclusions about future coalitions. Often it is repeated that the option of working in the opposition is not off the table. That said, most political scientists and analysts are inclined to believe that a “Peasant” (LVŽS) and Conservative (TS-LKD) coalition with, perhaps, the Liberals will govern the country. Vilnius University Institute of International Relations and Political Science (VU TSPMI) political scientist Mažvydas Jastramskis speaks on possible coalitions and the chances of working together.

Or you could perhaps think otherwise. Perhaps the “Peasants” see that the Liberals may not be necessary in a centre-right coalition. Based on mandate numbers, it could be the case that the Liberals will be left out, if the TS-LKD and LVŽS come to terms as such. This could be a signal to the Conservatives to not form a united front. But overall I doubt that there is any serious agreement currently or any serious contemplation on a coalition between the LSDP and LVŽS.

- But would the Conservatives be prepared to join a coalition without the Liberals?

Why not? Of course looking at the long term, there is a sort of solidarity from the time of the Andrius Kubilius cabinet, but taking a rational and utilitarian view, I see no major reason why the Conservatives would absolutely need the Liberals. Unless, of course, there are fears of the “Peasants” being some sort of unstable coalition partner.

- Exactly because of this because with the “Peasants”, many say, no-one can say for sure, whether the party called non-partisan can be a reliable and stable coalition partner. Perhaps because of this?

Of course there is a risk like that. Not necessarily a risk of the party fracturing because politicians should be rational and remember the past, after all what happened to the parties that broke apart and where are they now? But of course there is a possibility of pieces breaking away because some individuals appeared in the electoral roll half a year, even a few months, prior to the election. The Conservatives could be calculating that a coalition of just two parties could be unstable.

- But we are still talking about a mathematical calculation – how many one side will get, how many the other. There is still compatibility based on existing and declared values. Are the “Peasants” closer to the Conservatives in this regard, compared to the Social Democrats?

Overall I would not overestimate those values. If we have a multi-partisan system of 5-6 parties, expecting a coalition that is ideologically consistent is impossible. As such other issues surface – interest, for example who was in power earlier? Overall I would find it odd, if some incumbent parties would remain because to the winning parties it would be tough explaining to voters. Why they won the elections, earned a fresh mandate from the nation, the nation clearly has no faith in the incumbents because looking at those numbers there is a paradox, the Social Democrat cabinet earned fewer votes than that of A. Kubilius, which was incredibly unpopular, along Kubilius as PM. If the “Peasants” or Conservatives decide to enter a coalition with the Social Democrats, they immediately betray many of the voters that trusted them. Of course they are in such a… Everyone is in a difficult situation, they as well, but going with the Conservatives who earned 270 thousand votes is better than joining with the Social Democrats who earned 180 thousand votes, if we consider the trust of the nation.

- But what would be better for the LSDP themselves? To be in the next coalition government or the opposition? Do they necessarily need to govern now?

They should really do some calculations that two years ago, based on some polls they had over 30% ratings and earned 38 mandates in the previous election, forming a fraction of, I believe, 40 individuals. And now in this election they will most likely not be far above 20. What is the trajectory then? Another 4 years in power… Are they thinking that there will be no tough decisions, no minister will find himself in a scandal? It is natural and happens to other parties as well, be it the TS-LKD or Liberals, such is politics – you cannot keep everyone happy while in power. No, you will make decisions and inevitably repulse a number of people. But what does this mean for the next election? In the next election it could mean that the LSDP, after another 4 years in power, could be struggling for 5%. If that is the scenario the party wants, to be in power no matter what and then bid farewell and disband forever, then no doubt they should now do everything they can to attract the “Peasants” into a coalition.

- Another question that should probably not be forgotten. Prior to the second round and on its conclusion, what is the President’s role in forming coalition? She has after all always been active in this.

It is interesting that it is often forgotten. We are no putting together coalitions, but when speaking of leaders, we forget what the Presidential Palace wishes. The position of the President is very clear, they want a total change of government, with not a single incumbent party left in the cabinet. I do not believe that the President should endeavor to force any changes or say “do this, do that” because there aren’t that many pieces of leverage to use. Our constitutional doctrine for forming a cabinet is such that if a coalition government is formed in the parliament, the President cannot propose a different PM. Formally they could, but that would be such a precedent, that I do not believe the President could allow herself that. The Presidential Palace could employ diplomatic means, seeing that one party lacks a majority, by bringing certain party leaders closer together, to help form a coalition.

- Could the Liberals be given a place in this diplomatic process?

I believe that regardless what they could. Most likely the President would like a coalition to form out of three parties.

- Well then, we await the second round and then we will know far more; everything will be far clearer. Thank you.

After ELECTIONS – Field expected to get the most attention. Analysis.

There has been much talk about how Lithuania can expect change following the recent Seimas election ....

The elections have ended and we will continue to analyse the results for the next few days. Much has...