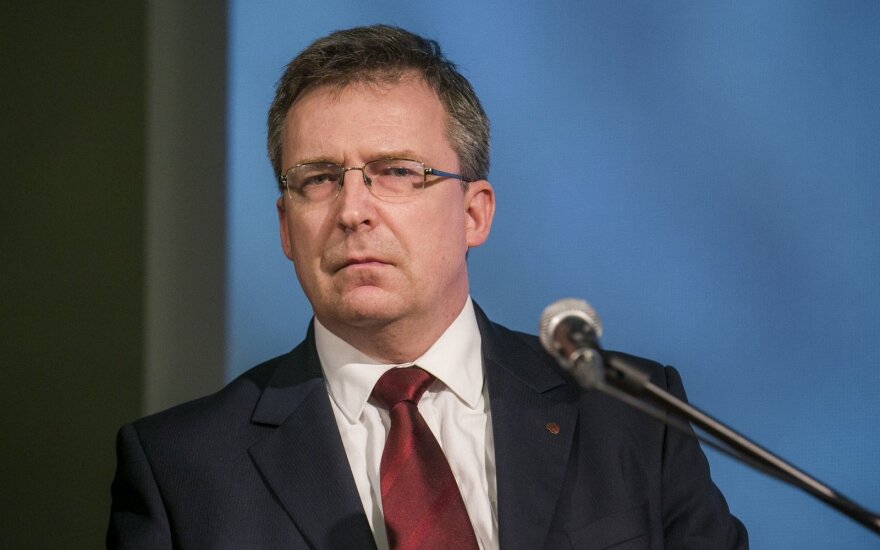 On the evening of September 13 a political debate featuring the top five largest Lithuanian parties was broadcast on LRT Television. The topic of the debate – economics. The debating parties were the Lithuanian Social Democrat Party (LSDP), Homeland Union-Lithuanian Christian Democrats (TS-LKD), Lithuanian Peasant and Greens Union (LVŽS), the Labour Party (DP) and the Liberal Movement (LS). LRT.lt interviewed a number of political, economics, business, law and public relations experts and asked them to rate party performance from 1 to 5.

VU Law Faculty Private Law Cathedral head Vytautas Nekrošius had a good impression of the debate, seeing some good ideas and a bit of preparation on part of the politicians. Nevertheless, as with many of the other experts, no party earned 5 points from him. “They started speaking on regional politics – said nothing. Just as there has been no regional policy, so it has not materialised in any party. On education, as far as that is related to economics, there was little mention too. The topic of energetics is particularly sad with an argument on who built the LNG terminal arising,” said Nekrošius.

The top scorers for the law expert were the “Peasants” and the Labour Party, each earning 4 points. He noted that the Labour Party has a system in place for what it wants to do with the economy, which earned them their score. The “Peasants” were noted for their weak start, but later picked up tempo and managed to answer about people’s dissatisfaction and the tax system well.

The Liberals were found to have remained “stable like McDonalds”. The expert was not particularly happy with such stability, with the Liberals simply suggesting they will lower taxes. According to him such policies look outdated, but the stable position earns the liberals 4- points. The Social Democrats earn the same score with Butkevičius getting embroiled in arguments with G. Landsbergis initially, but later recovering.

TS-LKD only earn 3 points from Nekrošius, with the expert pointing out that they spent two thirds of their time lashing out against the Social Democrats rather than presenting their economic plans.