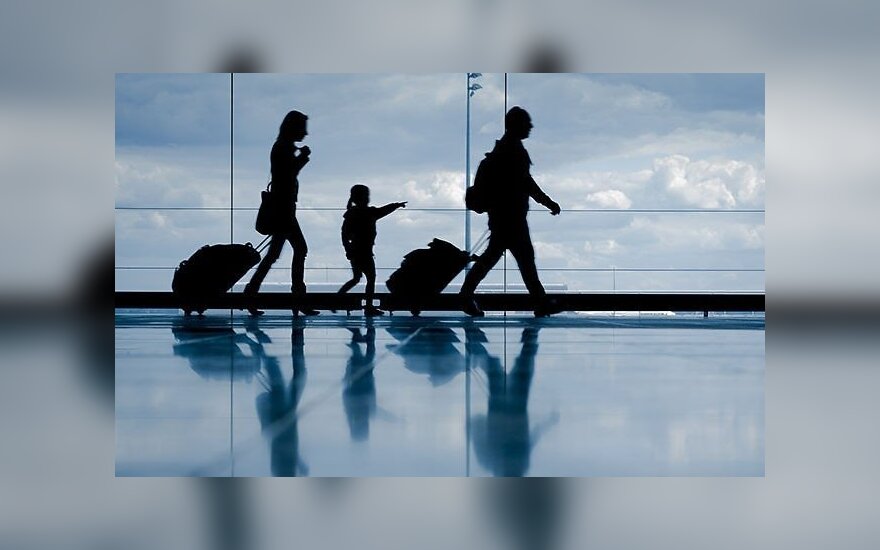 After the major party debate, experts found the Conservatives (TS-LKD) and the “Peasants” (LVŽS) to have performed the most successfully, earning 33 and 31 points respectively. Meanwhile the Social Democrats (LSDP) left the experts disappointed, earning 27 points from experts, while the Labour Party (DP) earned the fewest votes from the expert panel, only receiving 25.

R. Dargis – there were few differences

The President of the Lithuanian Confederation of Industrialists Robertas Dargis found all parties to have made some good points during the debate, giving his highest score, 4, to the LSDP and TS-LKD, with the remaining three parties in the debate earning 3+ points from him. He noted that the Conservatives were slightly more successful because of their attention to key points such as education and young families, furthermore adding that the Social Democrats already had the opportunity to do much of what they promise, while the Conservatives are exactly seeking the opportunity to. Nevertheless it is still a tough call.

V. Vobolevičius – the main LSDP mistake is the overuse of graphs

The ISM Management and Economics University lecturer, political scientist Vincentas Vobolevičius scored the “Peasants” and Conservatives the highest, giving each 4 points. He noted that Saulius Skvernelis, speaking for the LVŽS had a very successful debate, notably improving compared to the first debate. That said Gabrielius Landsbergis of the Conservatives had a strong showing as well. Vobolevičius notes that both parties had a strong showing through a large repertoire of recommendations on how to solve social issues. Vobolevičius hesitates to give the two parties top marks due to them overly focusing on economics, perhaps lacking a holistic approach that would include more psychological factors.

The Labour Party received 3 points from the expert, with Vobolevičius citing Vytautas Gapšys’ strong oratorical skills as a driving force behind the party’s performance. Meanwhile the Liberal Movement received 2 points due to their narrow statement, which apparently lacked recommendations and ideas. Nevertheless the worst performance according to Vobolevičius was that of the LSDP. The commentator noted that the party was put in a position where it had to defend its policies of the past four years, but they tried to showcase positives too much. Furthermore by using graphs to talk about matters that require sympathy and overly, they came across somewhat robotic. Finally Vobolevičius found the party to have a lack of proposals for the future, awarding the party only one point.

The Chief Editor of the LRT.lt news portal Vladimiras Laučius found that all parties performed well or decently, coming out more or less equal. The differences were in the details.

Laučius awarded the “Peasants” with 5 points, stating that S. Skvernelis “Clearly named the key problems and spoke as if an opposition politician speaking to living people, rather than a technocrat repeating a few memorised programme clichés.” The expert also noted that nobody other than Skvernelis observed that the main purpose of universities is not to prepare craftsmen for the labour market, Laučius points out that this is likely because this sort of point of view is not overly popular as of late.

The lowest evaluation from the LRT.lt Chief Editor went to the Labour Party where Vydas Gedvilas “shouted” that universities should work based on the requirements set by financial markets, which is a peculiar stance to take for the “Labour” party. As such the Labour Party earned 3 points. Laučius was not convinced by the Liberal Movement either, pointing out that the idea of mass emigration being caused by bans like a ban on smoking in balconies cannot be taken seriously. The Liberals also earned 3 points.
The remaining scores from the expert were 4 points to TS-LKD and LSDP each.

Public relations agency Nova Media Communication Specialist Arijus Katauskas observed that Gabrielius Landsbergis of the Conservatives looked more and more like a winner in this debate and appeared to have listened to the criticisms levelled against him after the last debate. The TS-LKD earned 5 points from the expert. He praised Landsbergis’ energy, activity and sharp tongue, particularly engaging with the PM and the Labour Party, while at the same time noting the disappearance of the unwarranted decibels and overly aggressive stance.

L. Kojala – the voters won and lost, not the parties

Eastern Europe Studies Centre Director, political scientist Linas Kojala scored all parties equally, giving each 4 points. He observed that the voters who want demographics problems to be front and centre in political debate won in this debate. Those who are interested in a more general context and issues of state spending lost out in this case however.

R. Lazutka – the “Peasants” are not enjoying criticism from the coalition government

Vilnius University Economics Faculty Theoretical Economics Cathedral head Romas Lazutka gave his highest score of 5 to the LVŽS, citing original ideas on emigration and moderate and measured recommendations as the reasons for the high score.

The Social Democrats earned 4 points, trying to justify their policies through positive economic metrics, but not offering much in the way of new reform. The Conservatives earned 3 points, with the expert seeing the party as trying to establish itself by criticising the coalition government. The Labour Party earned 2 points and the lowest score of 1 went to the Liberal Movement. Lazutka noted this is due to their consistent limitations, focusing only on reducing tax and regulation. The expert quipped that the Liberal’s answer to higher education reform would be as if from someone woken up at midnight – reducing taxes.

K. Girnius – the PM should be a candidate, not the defender of the cabinet

Gentvilas was praised for consistently explaining his party position and highlighting the focus on creating a Lithuania of freedoms, not prohibitions, citing the importance of dual citizenship and electronic voting. Skvernelis was praised for very specific recommendations and the need to re-evaluate the focus on combining universities. “Because if you join two poor universities, you will simply be left with one poor university and so on,” explained K. Girnius. The expert also noted that Skvernelis came under more fire this debate, which Girnius sees as a sign of other parties acknowledging the rise of Skvernelis and his party.

The conservatives earned 4 points from the political scientist, while the Labour Party earned 3 points, with him citing a repetitive focus on raising minimal wages as an issue.

The LSDP earned 3 points as well with Girnius being disappointed in Butkevičius taking too much of his time defending from criticism to his cabinet, rather than explaining what could be done in the future, especially with less clashing between him and the Conservative Landsbergis.

Ž. Šilėnas – some strong in one area, others in another

The Free Market Institute President Žilvinas Šilėnas gave the TS-LKD, Liberal Movement and Labour Party 5 points each, while giving the LVŽS and LSDP 4 points each.

He cited a weak performance in the discussion on education, where Gintaras Steponavičius, a former Minister of Education and Science saved the Liberals. When debating the development of regions, Šilėnas found that Landsbergis and Butkevičius got side-tracked by a clash regarding sawmills, while the orderly vision presented by the Labour Party was derailed by a suggestion from party member Virginija Baltraitienė regarding the purchase and division of farmsteads. This slip-up was recouped by another party member, Dangutė Mikutienė in a solid performance when debating problems regarding alcohol.

“The Social Democrats spoke not of future plans, but the present in the discussion on encouraging emigrants to return. Meanwhile S. Skvernelis veered off into poetry: apologise to the emigrants, have school children read a book and remind that economic factors are secondary,” noted Ž. Šilėnas.