aA
the electoral campaign for the upcoming Seimas term is already nearing its end. Due to the relatively low social payments, discussions on the social model, vast emigration rates and a tense relationship with Russia, political parties have been focusing on socio-economic and national defence, Ignas Vėgėlė, Chairman of the Council of the Lithuanian Bar Association, writes in DELFI 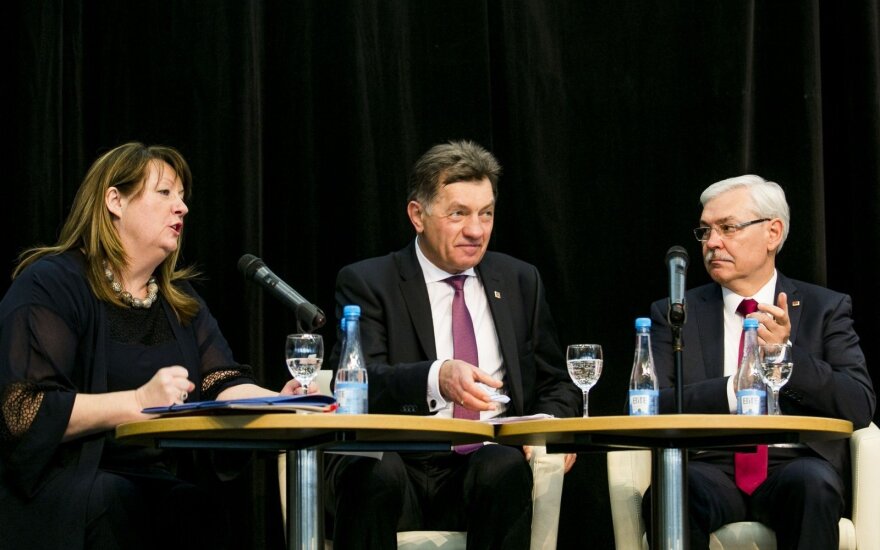 Nevertheless it is important to look into another crucial topic law and law enforcement. What are the parties’ views on the current situation? What approaches would they recommend? This analysis examines the topic of law and law enforcement in party programmes, as well as touching upon state management. It will identify the strengths and weaknesses of the approaches and attempt to evaluate the programmes in this regard.

The law and law enforcement analysis for various parties will be ordered by their numbers in the multi-mandate electoral district, except for the small parties which will be discussed together.

The Lithuanian Bar Association, as other law institutions, is an independent autonomous organisation of the highest qualification law experts. It differs from other judicial institutions in its total financial independence. This allows us to express an expert opinion, initiate and follow the creation of laws, so that the government would not breach human rights and freedoms, would continue to follow the rule of law.

The Lithuanian Social Democrat Party (LSDP) programme (confirmed in May 1, 2016) slogan is “a safe, showing solidarity and just Lithuania”. Thus the principle of justice is indicated as a core value. The principle is, however, narrowed to social justice, with accents on creating a welfare state.

It is noteworthy that the party programme reaffirms the functioning of a number of principles of the rule of law. The chapter “Guarantee for human rights and freedoms” provides for the pre-eminence of the law, seeks universally accessible law education and the expansion of quality legal aid, it speaks for gender equality, combatting discrimination and domestic violence.

The programme can be highlighted by attention to expanding state provided legal aid and the aspiration to coordinate municipal and police functions in order to ensure public order and safety, also it stresses the importance of IT technologies. An important feature to the law and law enforcement feature is included, which is a guideline for democratic reform, which focuses on the principle of the rule of law and the stability of the judicial system.

Nevertheless the programme lacks the means to improve law and law enforcement. It has to be noted that the programme lacks a separate chapter for law and law enforcement, the improvement of the functioning of judicial institutions. Only a small part of the means is included in the “Guarantee for human rights and freedoms” section. We can assume that such a limitation is due to a LSDP representative acting as Minister of Justice, while the Seimas Law and Law Enforcement Committee Chairmanship was also held by this party.

Significant changes to law and law enforcement were made during this term. Court reform was concluded (the reformed court system begins from January 1, 2017, thus it is currently difficult to evaluate the economic and legal impacts it may have), the administrative case judgement law was renewed, significantly improving the administrative process, the new Administrative Law Breach Code was passed, changes were made to the regulation of state guaranteed legal assistance, thus expanding the number of individuals eligible to receive free legal aid, fundamental changes were made to the state service law, many IT technology improvement projects were initiated as well as the means of encouraging peaceful conflict resolution – mediation.

The work done does not, however, relieve from the duty to present a more expansive plan for law and law enforcement, otherwise voters may get the impression that the LSDP shot all of its shots during the 2012-2016 term and have come up short for ideas for the coming term.

The conclusion – there is a lack of specific suggestions as to how the judicial system should be improved. Meanwhile the strong point would be the highlighting of the advance of the rule of law and the focus on the continuity of ongoing work.

With the vast number of improvements made to the judicial system, the LSDP forgot to draw up a clear blueprint for the future of law and law enforcement and thus find themselves grounded for ideas. Stating that there is continuity of action could appear insufficient to attract voters.