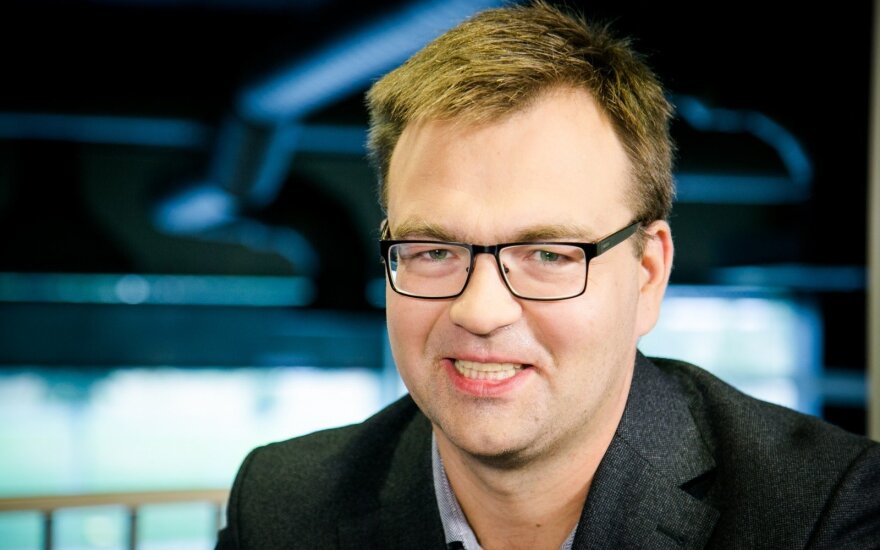 On the evening of September 13 a political debate featuring the top five largest Lithuanian parties was broadcast on LRT Television. The topic of the debate – economics. The debating parties were the Lithuanian Social Democrat Party (LSDP), Homeland Union - Lithuanian Christian Democrats (TS-LKD), Lithuanian Peasant and Greens Union (LVŽS), the Labour Party (DP) and the Liberal Movement (LS). LRT.lt interviewed a number of political, economics, business, law and public relations experts and asked them to rate party performance from 1 to 5.

He gives both the Conservatives and Social Democrats 4 points each. Katkus found that Butkevičius performed particularly well in the first half, showcasing strong oratory skills. The second half of the debate was less successful however with the PM making several mistakes. Nevertheless he was successful at defending the current cabinet’s policies. The Conservatives took the risk of attacking aggressively, particularly since the topic was economics. Katkus found the Conservatives to have been the most populist of all the parties present that night which has served to be both good and bad. Mistakes were made, but with Landsbergis successfully making the debate about him and Butkevičius, it would seem that a key goal was achieved.

The Liberals and the “Peasants” earned 3 points each. The “Peasant’s” representative Skvernelis needed to display that he is capable of being not just a minister, but also a PM, which he was moderately successful at. According to the expert, Skvernelis benefitted particularly much from his positive interplay with Landsbergis. Nevertheless Skvernelis failed to stand out and enter the limelight, simply managing to defend his positions. The Liberals were faced with several daunting tasks, one being finding a spot between the “left” and the “right” and the other being the need to deal with the party’s scandal-tarnished reputation. E. Gentvilas was successful at defending, but failed to move forward, particularly in terms of standing out.

Katkus found the Labour Party to have been the weakest contender of the night with K. Daukšys failing to stand out and having served as a “filler” speaker, rather than someone who guided the discussion topics. Given the weak performance, the DP only earn 2 points.