Ramunė Šmigelskytė-Stukienė | ldkistorija.lt
aA
Women of the early modern period, even those from the privileged estates, could not enjoy full civil rights in their countries. Their activity was very often limited by the private space of her house and a woman was seen as a wife, mother and a housewife. Simultaneously, the modern period signified the beginning of core changes as the ideas of the day, particularly in relation to women’s position in the society, resonated throughout Europe, down to the farthermost corners of the Grand Duchy of Lithuania. 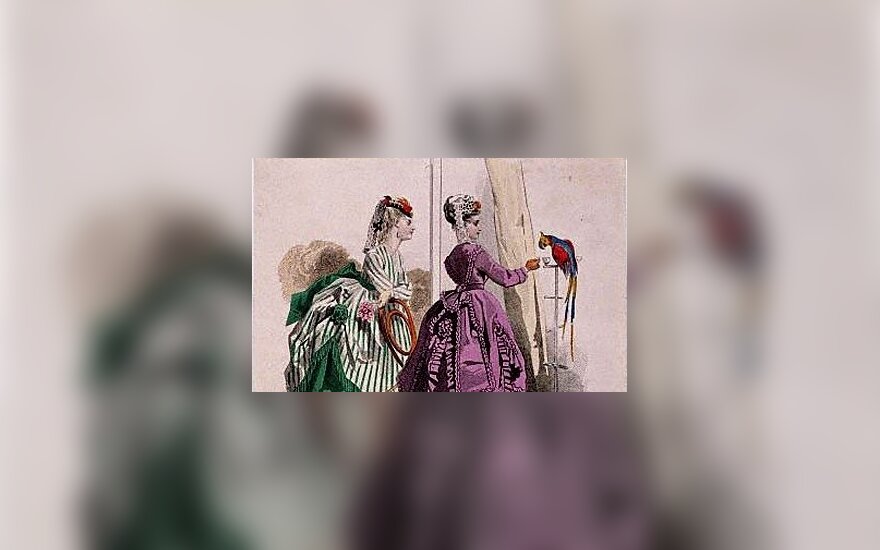 An educated wife is better than an illiterate one

The last quarter of the 18th century saw a noticeable rise in the volume and intenseness of discussions concerning the social role of men and women in the Republic of the Two Nations when the issues of proper upbringing of children of both sexes fell under consideration as part of the reform of the national education system.

The bishop of Vilnius, Ignotas Jokūbas Masalskis, was among the first to put forward the need to educate children of both sexes. The issue drew the attention of many more activists of the time, including Pranciškus Bielinskis, Adomas Jurgis Čartoriskis, Augustas Sulkovskis, Ignotas Potockis, Stanislovas Stašicas, Hugo Kolontajus and others. While following the stereotypical notion of the day that marriage is the principal mission for any woman, Pranciškus Bielinskis spoke of the importance of education for women precisely in relation with that role of theirs: "In the preparation for marriage, a woman must educate herself. In would be enough for her education if she could read, write and calculate [...]. The desire of reading should be planted into women because this habit will draw them away from the less suitable trades. Education and sophistication should be the aim for people of both sexes. A woman has a power of keeping and creating traditions, thus the fostering and creation of traditional values depends on a woman's education that should be equal to the education of men. Moral sciences must be the main subject for girls. Afterwards, maidens should learn French and German. [They] also must learn rhetoric and develop their intellection and also learn geography, history and physics as the science appealing and useful for women."

Upbringing in the patriotic spirit

Authorised by the Education Commission, Adomas Jurgis Čartoriskis drew up in 1774 the Regulations for Boarding Schools and the Reverends of Nunneries intended for the private schools that had been transferred under the supervision of the Education Commission. Girls at boarding schools were to be educated in the spirit of patriotism and responsibility for the future of their homeland. The education program covered mother tongue (Polish), including writing and reading, history of the native country, elements of arithmetic, and French and German as the subjects that supplement the general education. In addition to that, Čartoriskis included the practical knowledge about living houses and outhouses. He underlined the importance of physical training, through outdoor games and gymnastic. Unfortunately, only a few boarding schools adhered to these requirements as the inspection by the Education Commission revealed in 1778.

Čartoriskis criticised the earlier system of education of women by arguing that previously women had considered the dinner menus in foreign courts a much more important issue compared to the history of their homeland. That was, however, the fault of the entire education system rather than theirs. The responsibility of poor education of girls falls on men "who have assigned themselves power in every sphere." A woman must be ready to undertake the roles of mother and upbringer as "a bad teacher is the one who does not know much himself." He argued that "a woman is not an inactive part of the society; she has to be a citizen of the state who keeps traditions, customs and love to the homeland and conveys them to the later generations."

Why did the French governesses pose a threat to the nation?

The Regulations of the Education Commission approved in 1783 set forth the requirements for the education of girls. The key goal of the learning is to bring up girls who would become good wives, mothers and housemaids and would be ready to serve their homeland. At that time a textbook on girl education, The New and Best Way of Writing and Reading with Young Ladies Including Remarks for Teachers, by a piarist monk Antanas Maksimilijonas Prokopovičius was released. The introduction to the textbook, intended for the girls' parents, recommends choosing a Polish teacher rather than a French one because "it is time for the parents to follow reason rather that prejudices. [Because] those Mesdames or mademoiselles are genuine adventurists who abandon their own country and even flee it due to dishonest behaviour in order to seek for a shelter in Poland. We have already observed those Mesdames, the lovers of "romantic affairs", infect many young ladies of noble backgrounds with their behaviour that turns them into "romantic" heroines, family disgrace and an indignity upon Poland [...]. One must nurture the soul in the first place rather than spoil the language with barbarisms." "Isn't it that you pay those Mesdames and governesses who are ignorant of the basics of education in order to make your daughters renounce their Polish origins and feel disgust towards their Homeland?" – the author of the textbook asks. "They already detest their home-made fabrics, they do not like local bread and consider it unhealthy even though foreigners savour it, they believe their air is contagious and their parents are savage [...]." By asserting that in order to become a teacher one has be able to teach and must have a vocation for that, Prokopovičius urged to support the training of woman-teachers and the establishment of the respective seminaries.

That's how a new task was set in the Age of Enlightenment, the one of guiding the girls ready to become the socially active citizens able and capable of engrafting the core national values upon their children, and that's alongside the traditional preparation of a girl for a private life within a family. In other words, women were encouraged to contribute to the strengthening of the nation.