Media Briefing
aA
The mists over the future of UK – EU relations currently still lingers. It appears that Theresa May’s cabinet is starting to completely lose control of the situation. According to political experts, the agreement she has obtained has practically no chance of receiving support in the UK’s House of Commons. The European Court of Justice introduced even more uncertainty on Monday, by declaring that the UK can unilaterally cancel the Brexit process, economist Vytenis Šimkus writes on lrt.lt. Currently all the scenarios are plausible, but what could each of them means for the Lithuanian economy? 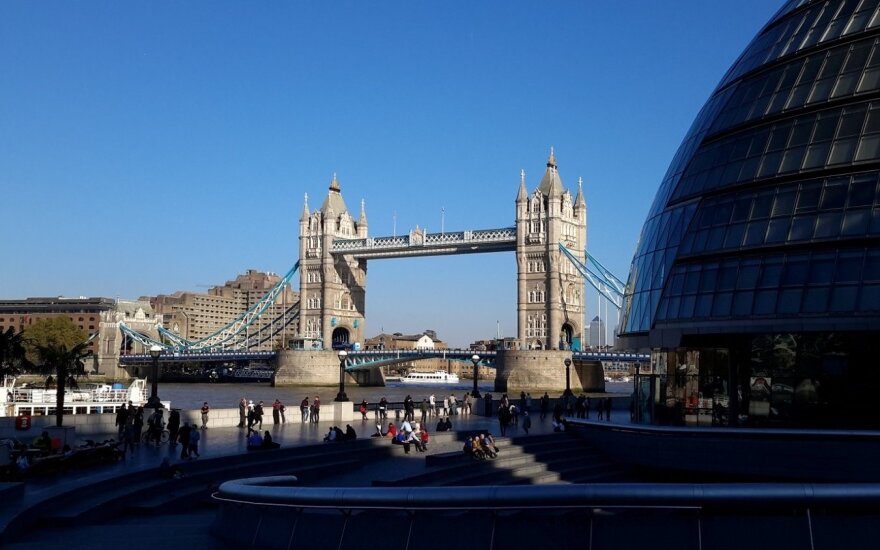 The United Kingdom is the eighth most important export partner for Lithuania, with 3.5% of Lithuanian exports going to it and 3.3% of imports coming from it (2017 data). If the UK managed to reach one of the moderate agreement variants (Theresa May's proposed Norwegian or Canadian style agreement), we could expect a moderately positive or neutral impact on the Lithuanian economy.

In such a case, there would be more clarity and conditions for the pound's exchange rate to increase would emerge. Businesses with trade links to the UK could calmly plan consumption and investment. These factors would create premises for greater demand and the export of Lithuanian goods. A stronger pound could have a positive influence on Lithuanian emigrants' transfers to Lithuania.

A completely different story would emerge if the UK departed the European Union with no agreement due to political chaos. In such a case, trade would have to proceed based on the World Trade Organisation's rules, tariffs would come into play and customs control, not seen in decades, would return. The harm of failing to reach an agreement would depend on the preparedness of financial institutions and temporary agreements on such core areas such as financial services and airspace rights.

On the other hand, the influence of Brexit would land on other important Lithuanian trade partners. This, no doubt, would influence their economic growth and demand for Lithuanian goods. For example, based on OECD and IMF calculations, due to very tight economic relations with the UK, the impact of Brexit on Ireland would be just as catastrophic as for the UK.

The average weighted export tariff applied to Lithuanian goods in the no agreement case would reach 2.4%, while the import tariff would reach 2.2%. In terms of trade overall, these are relatively low tariffs, however duties imposed on specific areas could be much higher. For example, the clothing and footwear industries or the food industry would be faced with duties in excess of 10%. Compared to surrounding countries, the weighted tariffs are not large, however due to the openness of the Lithuanian economy, the worst case scenario would cause significant harm.

On Monday, Theresa May faced yet another blow in the House of Commons and it appears that in the short term, there will not be a smooth resolution of the situation. Political leaders are of course not seeking for the UK to leave without an agreement, however failing to find an alternative, which would have majority support, this could happen. The UK's departure without an agreement, while unwanted, is an automatic outcome if a different resolution is not found.

Businesses and citizens, who have business in the UK, should consider a plan B. A sudden shift to WTO trade standards would not only mean tariffs, but also delays, product standards could change, licenses expire, contracts may need to be drawn up again.

It is likely that even under such a scenario, trading under WTO regulations would not continue for long because governments would nevertheless negotiate some trade agreement, however short term harm could not be avoided.

Seimas discussed the future of the EU

At its siting, the Seimas held a discussion on the future of the European Union (EU), including the...

Agreement on EU's next multiannual budget before mid-2019 tough to achieve: Lithuanian diplomat to EU

The European Union is facing tense negotiations on its next multiannual budget, and the goal to...

Lithuania will incur an additional burden related to the registration of medicines after Great Britain...