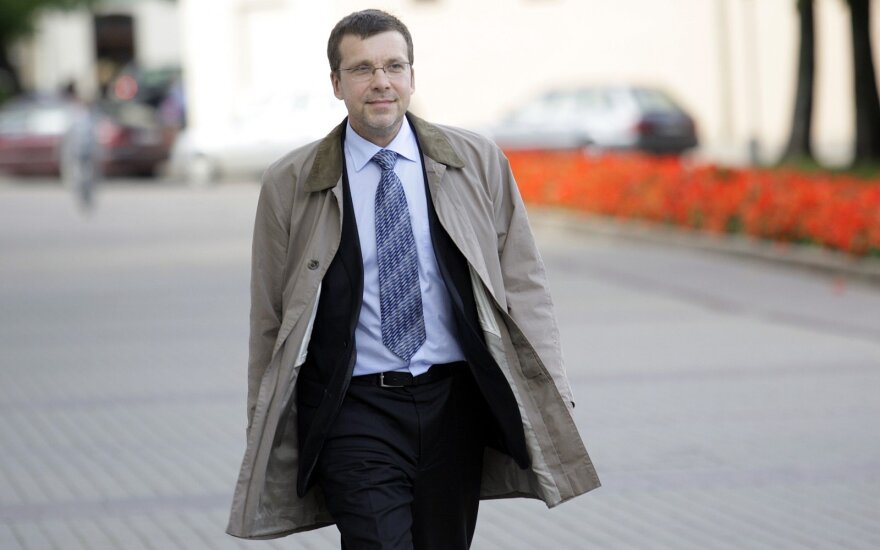 Last weekend's parliamentary elections in the Czech Republic were won by the billionaire populist Andrej Babiš's party ANO, which arose from the civic Dissatisfied Citizen's Movement. A. Babiš is fairly sceptical of the EU and is firmly against allowing refugees entry. The populist Czech Pirate Party and Freedom and Direct Democracy Party both met with success in the elections, Political scientist Saulius Spurga wrote in Lietuvos Žinios.

A wave of populism continues to sweep across Europe. That said it is interesting that it has avoided Lithuania and the other Baltic States. BNS interviewed US University of Georgia professor, Cas Mudde from Holland, who observed this peculiarity. According to the professor, the Baltic States do not conform to Central Europe which is dominated by right wing populist narrative.

In fact the Eurosceptic political powers that have taken power in the Czech Republic, Poland and Hungary have much in common. First and foremost they are political powers that oppose accepting migrants. That said it is hard to say whether Hungary's Fidesz and Poland's Law and Justice, big influential ruling parties with clear ideologies, can really be called populist despite their Euroscepticism and very specific interpretations of certain democratic norms. Nevertheless it is clear that the success of specifically such parties in the region reveals a certain trend. That such trends are not repeating in the Baltic States would appear to also not be coincidental, even though the political and economic circumstances in the three countries are varied.

It is likely impossible to specify what reasons led to the divergence in the political development of the three Central European and three Baltic States. Perhaps the Baltic states, as part of the EU periphery felt the impact of globalisation less and refugees are less noticeable in them as they are in the Visegrad states, thus the refugee linked populist slogans have less traction here. Perhaps the larger Central European states hold hopes to maintain more independent policies and believe they have a very real possibility to throw down the gauntlet to the European Commission. Many people in these countries do not believe that the Western model of democracy must be emulated. The societies of Central European states tolerate certain restrictions of democracy and free speech if the national particularities of the countries are emphasised. The Baltic States, having been incorporated into the Soviet Union, where people experienced far greater restrictions on freedom any manifestation of state ideology is unacceptable.

Likely it has much to do with the geographic, geopolitical situation, proximity to Russia. The small Baltic States cannot realistically maintain independent policy. Integration into Western structures is, in his case, a guarantee of independence and distancing from the West inherently increases Russian influence. Naturally this limits opportunities for political choice.

Such are the potential explanations though of course the future is not set in stone. There are no guarantees that the Baltic States will not also turn down the path of populism. Especially given that last week the processes of breakdown continued in two important parties in the country – the Lithuanian Social Democrat Party and the Liberal Movement. It is hard to say who will occupy the void in the political spectrum, but it is already clear that it will only serve to increase the public's disappointment in the political system.

The expectations that arose upon the fall of the Berlin Wall that the future belongs to democracy have to come true. According to Freedom House ratings released annually, democracy has been on the decline for 11 years in a row now.

It is clear that Russia has shed democracy and continues to draw further away from it. Next year the Russian presidential elections will be held. Though their results are already known, all the events related to the future elections are of great interest. An event last week was journalist Ksenia Sobchak stating that she wishes to run for president. Of course it is a sort of political theatre or perhaps it could be called a circus. Russian President Vladimir Putin is being challenged by K. Sobchak, whose father was V. Putin's mentor, the two families hold friendly relations. What a coincidence in massive Russia.

There are no guarantees that the Baltics will not turn down the path of populism.

Say it is pure coincidence that specifically V. Putin was the first to know about K. Sobchak's decision. K. Sobchak's campaign slogan is also worth attention – "Against everyone." As if some sort of "everyone" would be to blame for the political circumstances in Russia. The current Russian political system is V. Putin's personal system and if you seriously run in the elections with real, earnest intentions, you would challenge V. Putin, not "everyone." K. Sobchak announces that she is prepared to talk about Russia's woes during the electoral campaign, but it is clear that she won't step over the red line, will not identify V. Putin as the source of those woes. As such she is not a serious candidate prepared to fight to the end and it is not all that important whether she is enacting a Kremlin plan to make the elections more interesting and legitimise them or whether she is taking this role out of narcissism.

The presidential elections in Russia are worthless because they are held in a non-democratic state. No opposition leader could arise during them and reach tangible results because such results require democratic conditions, which do not exist in Russia. This starts with the freedom of speech and ending with democracy in places. What can a candidate "from nowhere" who does not belong to the "pyramid of power" say to the Russian people to interest them and so they hear his words, what can he promise to be believed? Unless he shouts about corruption akin to Alexei Navalny, however the impact of such shouting will remain limited.

When I go abroad I like to have a chat with taxi drivers – they help better understand the moods of...

Vilnius University (VU) has send a letter to Hungarian leaders to express its support for the...

Kirkilas – Multi-Speed EU is no bogeyman

German military study: could the worst case scenarios turn true for the EU?