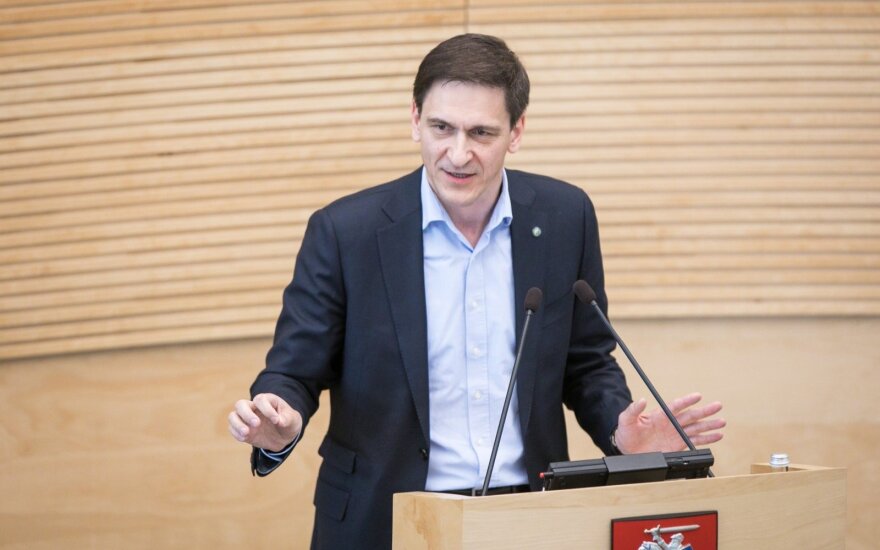 The new Energy Strategy proposed by the Government has a great vision. The expectation is that 30 years later we will be energy self-sufficient almost exclusively in renewables. There will be no energy waste as we will live in insulated houses that will independently meet their energy demand.

However, the Strategy is not only a vision. It must also have clear strategic objectives that would determine the most important directions of transformation. There is also a need for clear actions to be taken in the next 5 to 10 years, so that this beautiful vision of 2050 would turn into reality, instead of remaining just yet another rosy picture.

Wind energy as the largest generator of electricity

In today's world, wind energy is the fastest developed renewable energy. There is no doubt that it will turn into the largest electricity generator in the future. In many countries, wind has been replacing and will fully replace coal or oil prevailing so far.

The decisive factor in the rapid development of wind energy is that wind mills has been producing ever cheaper energy and its price have come close to usual prices on the electricity market.

However, wind energy has a very significant disadvantage. Wind power production is highly dependent on weather conditions. This causes a number of difficulties for electricity network managers who must ensure continuous, unrestricted and sufficient supply of energy to consumers.

Currently, a popular case in point is South Australia that embraced a particularly ambitious shift from coal to wind energy. After the construction of high power wind farms and closure of coal-fired power plants, the energy system became very vulnerable to weather extremes, this ending in a blackout last year.

In order to avoid similar cases in the future, Tesla's 100 MW lithium-ion battery was installed within 100 days. It cost the South Australian government EUR 35 million, almost 10 times cheaper than the outage effects in 2016. In the future, Australians plan to build a modern gas plant to back up the electricity system.

Therefore, adequate backup generation capacity is essential while developing wind energy. Currently, energy experts around the world agree that gas plants suit this purpose best. They are flexible and can operate within a wide range of power, which is essential for backing up wind farms.

Therefore, if the strategic goal of guaranteeing full electricity supply from renewables is to be met in the future, we have to be aware that concurrently a flexible power generator will have to be built in the Kruonis Pumped Storage Hydroelectric Plant in order to develop gas generation capacity commensurate with the capacity of wind farms. Thus, without wasting time, as soon as before 2021, we should build a fifth unit in Kruonis, thus increasing wind power installed capacity from 250 to 500 MW.

We should also not reject the possibility of making use of lithium-ion batteries, which have been sharply reduced in price recently, for storing instantaneous backup power following Australia's example. The draft Energy Strategy submitted to the Seimas does not contain similar provisions. If we want to have a real rather than declaratory strategy, an agreement on introduction of such provisions must be reached.

Though the price of solar cells has been declining fast in recent years, solar power plants still do not pay off without state support. Solar energy becomes more viable when solar cells are installed by final consumers in a low voltage electric power grid to meet their needs. The electricity is consumed on the ground, and a network maintenance fee is not charged, thus shortening the payback time.

By extending the application of this model, more consumers could gain access to it and thus install greater renewable energy generation capacities to meet 10–20 % of the total energy consumption in the country.

The draft Strategy provides for such a possibility, but it has to introduce, at the same time, a requirement that new buildings should be fitted out to be in part energy self-sufficient.

Synchronisation of the electricity network with the continental European network

The Strategy foresees the synchronisation of the Baltic States with the European electricity network as a key objective; however, it does not define any actions enabling the achievement of this objective. Without the defined actions, the objective is an empty declaration. The need for synchronisation has been continuously stressed for almost 15 years now, a wide range of studies have been carried out, but we are still at the starting point.

All the relevant external factors for synchronisation are absolutely clear. We have a direct current (DC) connection with Sweden and a powerful double-circuit line with Poland. We are aware that Poland does not and will not, in the foreseeable future, agree to the construction of the second line.

Therefore, the Strategy should explicitly indicate that when other Baltic countries disagree with the synchronisation with the continental Europe, we should do it independently by the existing double-circuit line with Poland. Poland approves of this option.

The Strategy should also specify the additional domestic power transmission lines to be built, the type of DC converters with third countries to be installed, and the schedule of these activities.

The situation is now much clearer after the recent news in the Russian media that the country (including the Kaliningrad Region) will be fully prepared to disconnect from the Baltic countries already in the following year. Until now, Russia has been closely connected with the Baltic States and the Kaliningrad Region through them by the BRELL ring. The energy system of Kaliningrad has so far been fully dependent on the interconnections with Lithuania, but the recent activities underway in the region should ensure its autonomous operation.

As Yet, the energy system of the Baltic States cannot operate without Russian reserves. This means that we will become totally dependent on Russia's good will and a potential blackmail to shut down our energy system at any time. Such a shut-down would result in a loss of hundreds of millions or even billions of euros.

This means that we have to take urgent measures to ensure that the Baltic countries can operate as an energy island. It should equally not be forgotten that we must be prepared to implement the legislative provision refusing the entry of electricity from Belarus into our energy system should the Astravyets Nuclear Power Plant begin the operation.

LNG as a transitional fuel

The new Energy Strategy should mark a turning point in the transition from polluting fossil fuels to renewable energy sources. However, the change cannot take place within one day. Changes in one of the areas, namely the heating energy sector, have already been or are being made and they simply need recognition and validation.

However, energy technologies in transport and in electricity generation are still being tested or developed. Changes here are only gradual and they may take another three decades. During this transitional period, a wider use of liquefied natural gas can be a good alternative for more polluting fossil fuels.

Therefore, we need to give a clear message that by opening the door to natural gas and electricity we will gradually reduce the oil energy. It is a pointless attempt to increase the use of biofuels or bioethanol together with the regular diesel or petrol, if we believe that these technologies are in decline. We need to consider how to replace the strategic domestic reserves, which are still stored in the form of oil products.

Requirements should be established for the transition to LNG or electricity in heavy or municipal transport or other transport used by the public sector. We should develop the network of electricity and gas fuelling stations near major roads and in cities as soon as possible. Natural gas should be validated and established as a reserve fuel in the heating sector.

The strategic role of electricity

Electricity is becoming the most essential and strategic energy resource. Any normal well-being or activity, be it heating, transport, the internet, or artificial intellect, are impossible without electricity today.

Our living environments and lifestyles have changed irreversibly and this cannot be ignored. We are totally dependent on whether any location we are at has access to the electricity grid.

However, the problem is that electricity systems are particularly vulnerable and there are simply no easily accessible tools to substantially improve the reliability of the systems.

Therefore, it is time to start realising that both households and larger consumers should be obliged, at least in part, to secure adequate electricity generation and short-term reserves. Distributed and self-sufficient generation of electricity by consumers could be a part of the future energy vision.

The energy ministers of the three Baltic states and Poland are meeting with officials of the European...

Lithuania is trying to secure Ukraine's support for its efforts to block the construction of the...

What a difference one ship makes in combination with shifts in production in less than 3 years. It...

Energy independence: is Lithuania getting away with state aid?

The EU says Lithuania can levy funds from gas consumers to finance its own energy companies. Achema,...

The US Department of State has congratulated Lithuania on receiving its first shipment of liquefied...