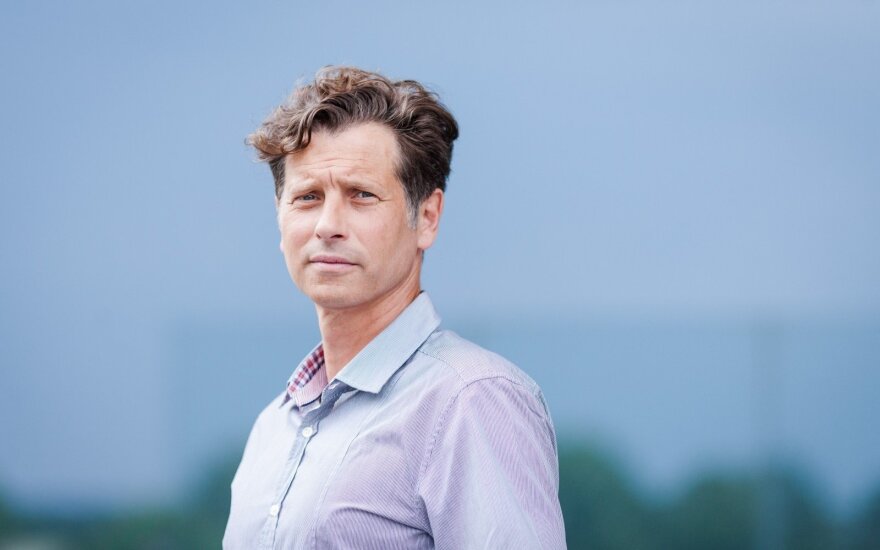 One of the richest and most influential businessmen in the country, the president of the MG Baltic concern Darius Mockus is sceptical of the Lithuanian Peasant and Greens Union (LVŽS) plans to instate an alcohol sale monopoly and undertake other means of limiting access to alcoholic beverages.

Related articles
ELECTIONS. Karbauskis on what matters to the 'Peasants and Greens'
ELECTIONS over – who will govern?

Delfi spoke to the sole shareholder and president of the concern on the LVŽS’ plans to establish a monopoly on alcohol retailing and other means of limiting access.

“What are the plans like? Plans, hmm… I do not know if any of them lived under those alcohol monopoly conditions in Norway and Sweden. I think you can live like that, but it makes for many inconveniences. Well there are such systems, but if it will be convenient for consumers, is that… Well, to put it mildly, we’ll see,” spoke the businessman.

According to him, if such plans are implemented, not only the sales and production of beverages will decrease, but also tax income which finances healthcare, education, pensions and etc.
“The stricter and broader the means, the more these things are diverted into the black market. This is how it always works with any restrictions, it is a direct link.

The more drastic the means, the larger the restrictions, if you cannot obtain, then naturally production and excises will decrease,” mused D. Mockus.

Scandinavia – more the exception than a rule

He admits that alcohol consumption in Lithuania is perhaps too high, but is more inclined to more balanced solutions.

“The whole question is the degree of restriction or a balance of intelligence, admitting that perhaps excessive alcohol consumption exists. Pray tell, if it was banned now, applying maximum restrictions, will it change?

The reasons go deeper. Some are capable of responsibly consuming and who do we take as an example? Several percent of those unable to consume responsibly and project certain personal problems of theirs onto society in general?

Looking at Scandinavia, you can look at the whole of the EU, which has no such limitations, where sales are unrestricted, yet there is no rampant alcoholism. So what is this, is accessibility a bigger problem or deeper issues, why people consume irresponsibly or too much?” spoke Mockus, observing that based on the means employed, Norway, Sweden, Finland and others like them are more an exception than a rule.

“You know, you can take the Scandinavian example, but it is an absolute minority. How many countries are there where sales are unrestricted and have better metrics than Lithuania? What is the problem then? Is it the frequency of restrictions, is it violence or is it people’s awareness and education, responsible consumption? We can attempt to solve many things with restrictions, but will this help?

I am all for a balanced solution, for criteria of awareness. We cannot compare to people, who principally do not consume alcohol and see alcohol consumption as something unwanted, which can change our lives. Balance is a must everywhere,” the businessman assured.

A potential partner for the LVŽS in the coalition government is the Homeland Union – Lithuanian Christian Democrats (TS-LKD). Their chairman Gabrielius Landsbergis has mentioned that the LVŽS proposals on alcohol sale restrictions can be discussed, but only if it isn’t related to establishing a state monopoly.

When asked if he would invest in a specialised chain of alcohol stores, Mockus said “You see there are a myriad of conditions. First of all when speaking of a monopoly, it is a state monopoly. There are no conditionalities, this is not a private monopoly.

There can be no “if” here. The retail monopoly will be the state. There is no monopoly belonging to John or Peter, or whoever else, you will not see the monopoly being controlled by anyone who is not the government.”

A potential LVŽS candidate for Minister of Healthcare is Aurelijus Veryga. He has been highly critical of Mockus himself and his influence on parties in regard to alcohol related legislation.
In a Monday Delfi conference the leader of the party Ramūnas Karbauskis said that the restriction of alcohol accessibility is one of their priorities. “Alcohol control is one of our priorities. We as a society are challenged by a myriad of problems due to it. First of all restrictions on alcohol advertising. Complete prohibition as in the Scandinavian states. Youth will only be able to purchase alcohol from the age of 20, when they finish schools because today we also have 19 year olds in schools as well. Another question – specialised alcohol stores. Grocery stores will no longer sell alcohol as they do now.

It wasn’t us who thought up the system, it works perfectly fine in Scandinavian states – Sweden, Norway, Iceland and Finland. The Estonians are implementing such a system. The only question which raises greater controversy among our potential coalition partners is whether the stores will be state owned or private,” Karbauskis said on the Monday conference hosted by Delfi.

He also assured that they intend to raise excises which will raise alcohol prices.
LVŽS refuses to include the Liberal Movement into the formation of the future coalition government.

You cannot stop change despite all attempts to do so