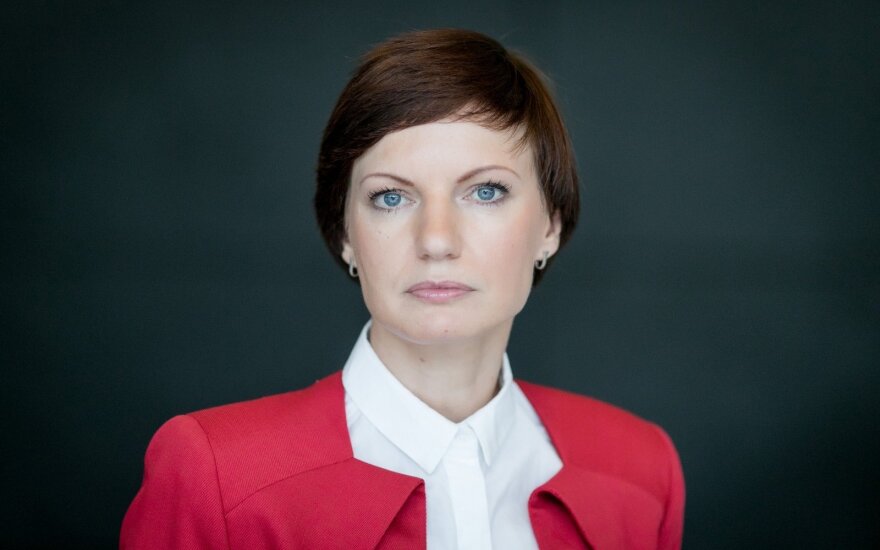 Cop, banker and manufacturer, readers complained in comments next to the Spinter Tyrimai survey on who citizens would like to see in the post of president.

Others yet suggested to elect two presidents – one for the elite, another for the rednecks. Split the wage in two, one could be president on even days, the other on odd ones.

Whatever things may be, the ratings leaders are a signal of the decline of traditional political powers.

Party affiliation was already not overly influential in presidential elections, quite the contrary – voters paid more attention to personalities and did not want a candidate with links to a specific party, bar the case of Rolandas Paksas who was elected more as an anti-establishment candidate, not partisan one.

Thus a paradoxical situation arises: it will be very difficult to win the elections without the support of party structures, the parties themselves are faced with internal and external pressure to raise or support their own candidate, however to gain the most votes it is necessary to hide them, avoid public party association.

Saulius Skvernelis. While frequently stressing he had no familiarity with political games, he somehow earned one of the highest political posts and constructed his trampoline to major politics himself.

At the final moment S. Skvernelis successfully made several risky plays: after a fugitive fled in Vilnius with an assault rifle, he not only was not held accountable for the out of control situation, but even told two of the highest state leaders to go to hell and emerged vicotious. One of them was the vastly unpopular Loreta Graužinienė, the other – the president, who long avoided clashing openly with opponents after a ratings drop following this conflict. And finally he resisted the temptations of other parties, chose the correct political power for the elections with the right position on the electoral roll.

While he occasionally does lose composure, S. Skvernelis' political abilities should not be underestimated: disregarding all the hot-headed and low brow statements, which appear more like this to the elite, S. Skvernelis has so far managed to manoeuvre in the political field quite well.

But there is a single problem: voters and especially S. Skvernelis sympathisers, who are described in the research as "middle or lower education, middle or lower income representatives, residents of regional centres and rural areas, voters aged 46 and older", in other words the poor and thus angry, but numerous "second" Lithuania care little about that threat.

The voters are already uninclined to take interest in matters of state and only have a superficial understanding of them, while the apparent threat of the police state is abstract and hard to understand for them, it may not even happen. Meanwhile the promise of S. Skvernelis' man, Seimas NSGK chairman Vytautas Bakas, to cleanse the state from the "dangerous influence of business groups on politicians" sounds tempting for voters exhausted from corruption scandals and low welfare.

Just as the readers themselves write in the comments "better the flight of the police state eagle than the flourishing of mafia and corruption." They do not care that it can become a dangerous means of suppressing political rivals. Seemingly not very interested in whether S. Skvernelis, to put it lightly, does not fully adhere to the political line which he promised during the elections and that his cabinet of professionals is composed of not really professionals.

Visvaldas Matijošaitis. Perfectly reflects the Lithuanian voters' disdain for traditional parties and the desire for "professionals" in government." In Kaunas he does things as in his company – not necessarily working based on modern management principles or acting kindly toward his employees, but working fast and effectively. Of course affairs were much eased by preceding Kaunas mayors having been more or less hopeless.

After all it is great when it appears that you finally beat Vilnius and other Lithuanian cities envy such a mayor (based on the survey, V. Matijošaitis is most popular among residents of the major cities (particularly Kaunas, Šiauliai and Panevėžys) and regional centres, respondents aged 26-45).

In V. Matijošaitis Lithuanians see Algirdas Brazauskas reincarnated and his dizzying success in Kaunas brings with it hope that V. Matijošaitis would be a suitable president, regardless of being rich, brusque and drives around Kaunas in an expensive Porsche with the license plates BBD [expletive abbreviation for "I don't care"]. This may even be an advantage in the eyes of the "second" Lithuania.

If US voters elected Donald Trump, why would the Lithuanians doubt regarding V. Matijošaitis? Stateliness, political views, experience in politics, English language skills – these are only insignificant details. As Ramūnas Karbauskis told LRT.lt, if not their own candidate, "The "Farmers" would lean most toward V. Matijošaitis' position. Based on attitudes to management and not foreign policy because I have not heard such things [about foreign policy] from him." But we should. This is because the president is Lithuania's commander in chief and main former of foreign policy. Furthermore V. Matijošaitis has business in Russia and has suffered due to its institutional decisions.

For now the intrigue remains – it is unclear whether V. Matijošaitis will run for the office, though his latest talks to the media about his late wife have once again sparked such rumours. And if he does not run, perhaps he will be able to trade his decision for something which could bring even more political capital in Kaunas.

If businesses and the demonstration of his wealth does not harm V. Matijošaitis' image, for Gitanas Nausėda links with banks may become a serious hurdle. Preferred by the elite due to his intelligence and respectableness, G. Nausėda may be as if a red cloth to the red bull of "second" Lithuania: the nation associates his name with promises that on the adoption of the euro prices will not rise. G. Nausėda's situation is further complicated by the need for substantial funding for a real electoral campaign, as well as time and relevant rhetoric, something that cannot be combined with his position in his bank. Here S. Skvernelis and V. Matijošaitis are in a far better position. Both can use institutional resources, while V. Matijošaitis even has his own capital.

Vygaudas Ušackas who started an active campaign has landed fourth in the ratings and this is a decent achievement keeping in mind how long he worked outside of Lithuania and how little diplomats impress the public. In recent years V. Ušackas appeared as a proponent of good, supposedly pragmatic, relations with Russia and not only because of his position as EU ambassador to Russia. It is no secret that business (potential supporters) and a good number of voters desire better relations, with little interest what will have to be sacrificed. Nevertheless V. Ušackas does not dare openly take the position of Russia sympathiser and from the most recent Facebook posts it can be seen that he is even trying to shed the image.

So far V. Ušackas has managed to reach the highest position among the candidates affiliated with the Conservatives and exceed (within the margin of error) Ramūnas Karbauskis. While R. Karbauskis promised not to run for president, his position in the ratings signals scandalously low popularity for the head of the largest Seimas group. Speaking of "Farmer" candidates, the name of Seimas Speaker Viktoras Pranckietis was also heard. Having recently admitted that the post of Seimas Speaker was a true adventure for him, V. Pranckietis is fairly well rated on the Vilmorus ratings. The "Farmers" themselves like to compare V. Pranckietis with Valdas Adamkus, though really these are incomparable sizes and they are only linked by being nonconflictual and having a polite stance.

In terms of potential Conservative candidates, Ingrida Šimonytė's position in the ratings is humble (6%). The most desired by the Conservatives and most struggling to decide in various elections, I. Šimonytė could be a candidate of the Dalia Grybauskaitė type, however this, some experts note, could trip her up – voters may be tired of this type and not want a very similar candidate.

What is even more realistic is that I. Šimonytė would be hampered by pension cuts and sharp rhetoric toward those on benefits during the crisis years – usually of exceptionally short memory, voters remember such things surprisingly well. Facebook, where I. Šimonytė is well liked, unlikely reflects real moods, however she has so far not declared the intention to run for president and is not taking any particular action.

The latest ratings miss two colourful recipients of protest votes – Naglis Puteikis and Aušra Maldeikienė. On the October 16-28 Spinter Tyrimai survey, the Lithuanian Centre Party with Naglis Puteikis at its head exceeded the 5% popularity barrier and is now in a similar position to the Order and Justice Party or the Liberal Movement, while in Vilmorus surveys N. Puteikis himself is evaluated quite highly.

In N. Puteikis', who is called a political upstart, rhetoric we find fighting against the elite and the system, protecting the wronged, abolishing privileges and similar populist slogans, however it is clear that he has supporters and will become relevant in the presidential elections. His votes could be somewhat consumed by the noisy economist A. Maldeikienė, if she does end up running for president. If not for her noisy style, she periodically tells off MPs, economists, journalists and whatever else may end up nearby, A. Maldeikienė could be a decent choice of the leftist electorate.
Especially when the Social Democrat favourite Vilija Blinkevičiūtė remains unwilling to swap out her cosy place in the European Parliament for the Lithuanian political meat grinder. However as V. Laučius observed, the Social Democrats will once again have their eternal candidate – Vytenis Povilas Andriukaitis.

This politician, who can be called a pro-Russian ideological communist, has his own circle of supporters among Social Democrat voters and will aim for a similar electorate to N. Puteikis.

There is still a year and a half to the elections, but the fight has already begun in the background. Unfortunately fans of pure politics will once more be disappointed because it will not be a competition of political flows, it will once more be a catch-all struggle, trying to appeal to as many voters as possible and promising things that are not the president's prerogative to complete.

But what matters most is to win, whatever come after.