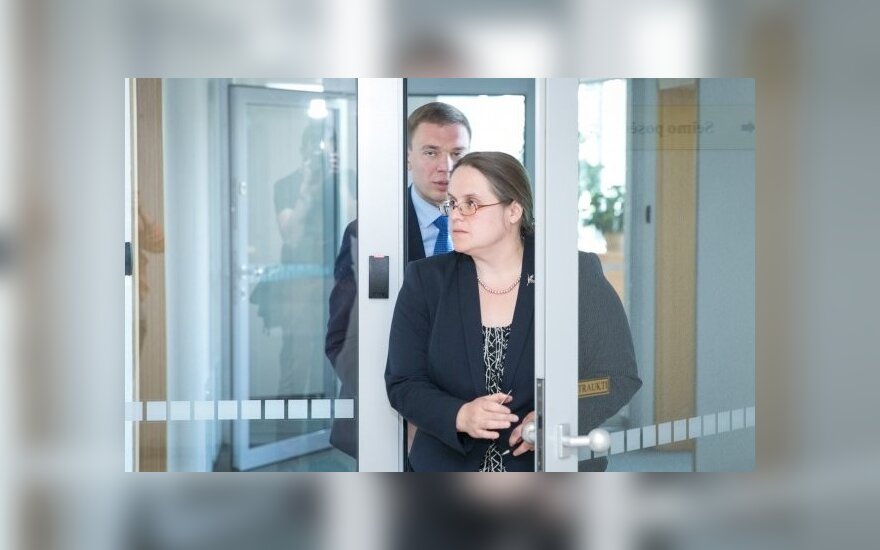 During deliberations of healthcare institution law Nr. I-1367 article 15 amendment project, the committee was presented with a findings report, which was not signed by the compilers of the report and member of Seimas Remigijus Žemaitaitis claims that he was not even presented the project itself.

Related articles
Ruling party's leader, 2 other MPs breached statute
Tension is growing: Kremlin's friend Bastys can drag others down with himself

Apparently the Healthcare Committee was presented with Social Security and Labour Committee secondary findings that were voted on by the committee, but later, during voting for the third proposal of this committee it was found that the Social Security Committee had not passed any ruling regarding this question yet.

Committee Chairwoman A. Širinskienė admitted that she had only received a verbal confirmation that the project will be deliberated on. The commission's discussion was delayed.

"The commission chairwoman has led discussions unethically and with bias a number of times and this time presented a fraudulent document with the aim to have the committee discuss the question and agree to it because the question has already been included in tomorrow's Seimas agenda. Meanwhile my proposal presented at 4 pm yesterday was not even included in the findings project, based on the claim that it was presented too late," said member of Seimas Antanas Matulas.

The member of Seimas has queried the Seimas Commission of Ethics and Procedure a number of times, whether it is normal that the committee chairwoman assigns herself as the compiler of the committee's findings when discussing legislative projects. The Commission of Ethics and Procedures recommended her to recuse herself from the position of compiling findings when discussing questions she proposed herself.

We remind that the committee chairwoman is already known for her minor cheating by registering other members of Seimas for statements. Due to this and other cases of the majority's cheating, the Seimas TS-LKD group registered a Seimas ruling "On the non-tolerance of minor cheating cases in the work of the Seimas of the Lithuanian Republic," highlighting the repeated cases of minor cheating in this term's Seimas, for example the falsification of committee protocols or the use of other members' Seimas cards.

The Lithuanian parliament's Commission for Ethics and Procedures found on Wednesday that three...

The Seimas Committee on Health Affairs (CHA) does not plan to make its decision on the ratification...