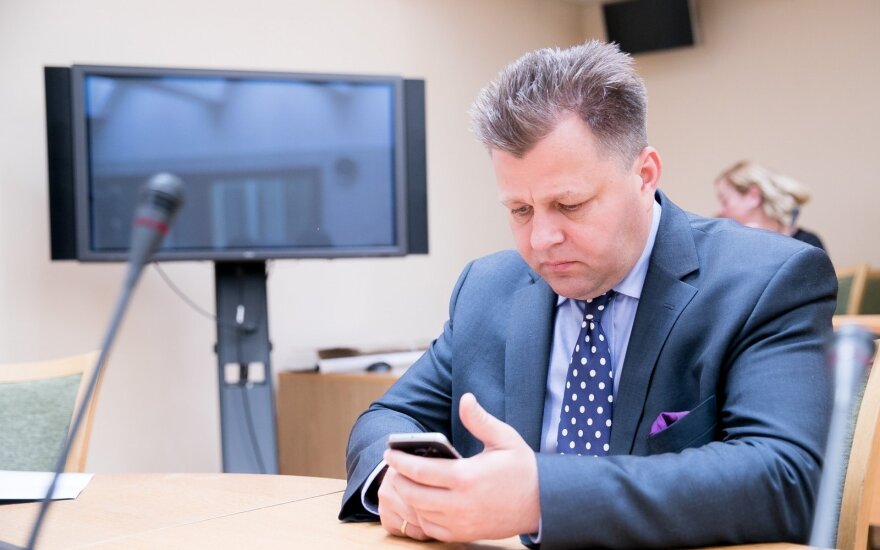 Members of Seimas Andrius Kubilius and Mantas Adomėnas propose to redo the plans for university reform. In their proposal “On State University Network Optimisation Plan Approval” they suggest to halt the continued discussions on university reform and start it anew, moving work for the reform plan and strategy from the cabinet to the Seimas.

“The largest problem of the university reform is not the content, but the process itself, how it is to be implemented and how it is discussed in Seimas. It is simply impossible to continue talking about the content because it is unclear what the cabinet is proposing, what the minister and majority’s position regarding it is. This is why we propose to simply move the continued preparations of this reform into Seimas by forming a special commission for this crucial question and include objective individuals into it, ones who hold no personal interest regarding the conclusion of the reform, experienced politicians,” A. Kubilius states.

Related articles
Increasing passions over higher education in Seimas: Karbauskis has a new proposal for Kaunas
Over 22,000 applicants invited to study in Lithuania's universities

The parliamentarians stress that the cabinet’s proposal on university reform that has been submitted to Seimas has become a document without any clear content and on approving it, it will become completely unclear what university is to merge with what university, how the mergers will be handled, what the universities will be named and what schedule the tasks will be done under or what results are expected from the consolidation.

“We cannot allow for this reform, so important to the future development of Lithuania, to become hostage to lobbyist interests in Seimas. We have waited for this reform for decades and we cannot allow for it to be destroyed by the short term interests of some in the majority. The future of higher education cannot be based on the personal sympathies, antipathies or institutional interests of the Education and Science Committee chairman and Seimas Speaker.

Even if the Prime Minister and Minister of Education and Science are inclined to ignore this for some reason, that the vision they proposed is being destroyed in Seimas, we cannot stand for this. The creation of quality higher education is a question of the common good and the future of the country, thus we cannot hand over the decision to a narrow group of people, who have already displayed an intention to oppose progressive reform at all cost,” stated M. Adomėnas.

Over 22,000 applicants invited to study in Lithuania's universities

Over 22,000 applicants have been invited to study in Lithuania's universities and colleges, including...