Aivas Ragauskas | ldkistorija.lt
aA
Coffee, tea and chocolate were exotic drinks in Europe as they became popular in the 17th and 18th century reflecting the increasing integration between the Old World and other regions and Europe’s certain openness to the world as a consequence of geographic discoveries and the development of the colonial system. Chocolate was the most exquisite product followed by tea. Tea became very popular in Russia and England. It was coffee though that eventually claimed the top spot throughout Europe leaving tea and chocolate behind. Coffee was not always used in its pure form as the noblemen enjoyed genuine coffee while peasants could only afford “coffee”. 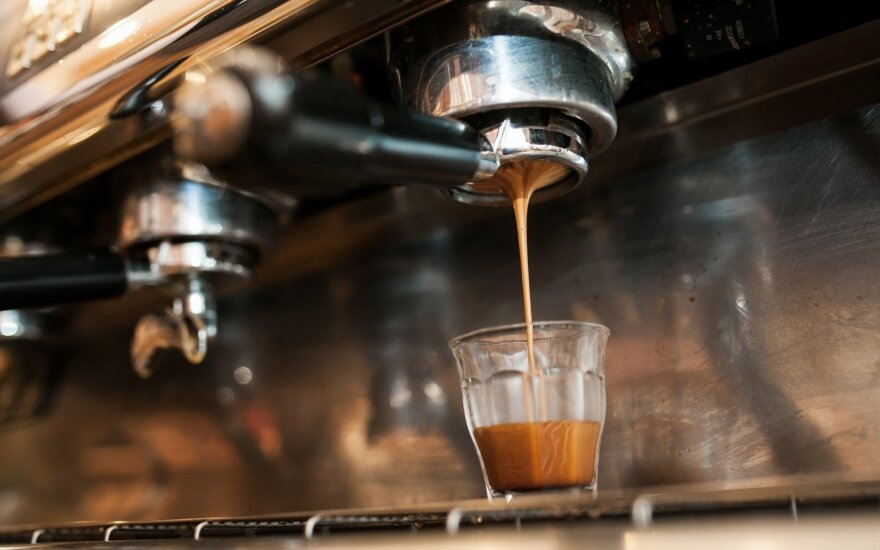 The Drink of the Enlightenment People

In the late 16th century, coffee was already very popular in the Ottoman Empire and throughout the Muslim world where coffee became a common treat to welcome merchants, diplomats, scientists and travellers. They brought coffee to different European regions from Turkey, Egypt and other countries around the mid-17th century. The Polish Lithuanian Commonwealth (further PLC) that shared a border with Turkey was among the first European countries to adopt coffee drinking among its elite. Coffee, just like tea and chocolate, entered the society top towards bottom. Like many other novelties, coffee received a distrustful welcome in the beginning because the product had arrived from the Muslim country. Despite that, coffee gradually became a native drink.

Related articles
When did potatoes enter Lithuania?
What did burghers wear in Medieval Lithuania?

Historical sources from 1666 reveal that the family of John Sobieski, the future king who was the hetman of Poland at the time, consumed coffee because he wanted his wife to ensure they always have fresh milk with coffee. One year later, he complained about an Armenian merchant who had sold him bad coffee. Elite noblemen, clergy and burghers throughout the Grand Duchy of Lithuania began consuming coffee from the mid-17th century. Coffee often was considered a medicine too – quite reasonably so, as sources reveal. Coffee increases blood pressure, reduces headaches and intensifies urine. On the other hand, many people were against coffee.

It was not before the mid-18th century that coffee became popular among broader society. However, it seems like peasants remained unacquainted to coffee. Generally, coffee was never as popular in the PLC as it was in Western and Northern Europe. Despite that, for the nobility, for city residents, intellectuals and artists, or at least for those of them who stood for modernisation, coffee was an everyday drink and even a certain symbol of the Age of the Enlightenment in the late 18th century. They propagated coffee as a drink fit for a modern individual. This is why conservative people did not like it. The first coffee addicts apparently emerged at about the same time, as some people became dependant on the uplifting drink.

According to historical sources, court councillors, burgomasters and other representatives of the city elite in Vilnius, the capital of the Grand Duchy of Lithuania, began consuming coffee in the middle of the 18th century. Their property inventories feature copper and silver coffee pots, one or more coffee grinders, milk cruets and tiny coffee spoons as well as special coffee sets and coffee tables. The same is true speaking of wealthy provincial nobility. For instance, documents reveal that the Nagurskis family bought a coffee table for their Kurtuvėnai manor in 1749 in Konigsberg. They ordered another similar coffee table in 1756 and had a splendid 27-piece coffee set mentioned in a 1762 document. The family consumed large quantities of coffee as they purchased a total of 270 pounds of top-quality product in 1773 for 167 złotys. In 1777, the family bought 350 pounds of top-quality coffee, 200 pounds of "good coffee" and another 20 pounds of medium-quality coffee for a total of almost 300 złotys. The local parson borrowed 30 pounds of coffee and 50 pounds of sugar from them in 1778, the fact that shows that provincial clergy also consumed coffee.

Estates All Equal by the Cup of Coffee

Usually coffee was a morning beverage that partly replaced warm beer with additives. Some people would also consume coffee for lunch, dinner and during late night parties. Some people drank it with sugar, milk and cream, others liked it without additives. A number of coffee varieties were available throughout the country, from mokka originating in Arabia to coffee from the island of San Domingo. Coffee making included bean grinding in small grinders or crushing in mortars before boiling in water. Specific two-level coffee pots, the predecessors of modern coffee making machines, first came in Lithuania in the 18th century.

According to contemporary witnesses, even beggars consumed coffee in the Polish cities. This statement is, of course, a fantasy because that "coffee" most probably contained no real coffee at all. First public coffee shops opened doors very late in the PLC compared to Western Europe where first cafés date back to the mid-17th century. The spread of coffee shops in the PLC was hampered by insufficient number of customers who, in turn, help to develop the tradition of coffee consumption. First cafés in Warsaw, the capital of Poland, are known from about 1724. The assumption that Vilnius saw its first café opening at about the same time is very unlikely. The earliest mention of coffee shops in Vilnius is from as late as the last quarter of the 18th century. Meanwhile, there were at least 101 cafés in Warsaw in 1792. The 1787 document speaks of a café, opened without permission, which offered coffee and had a special signboard outside.

Café was a more modern place compared to an inn because café-goers were usually less concerned about the estate-related differences. Therefore, coffee was fostering the democratisation of the society, although indirectly. Cafés usually offered various drinks alongside coffee. Cities in the Grand Duchy of Lithuania were, however, dominated by inns where people gathered to drink beer, vodka, mead and other alcoholic beverages.

Tea, which was considerably more expensive than coffee in the PLC, became far less popular. Tea was consumed from the second half of the 17th century but usually just as a medicine. People in the PLC would import tea mainly from England and Holland in the 18th century. In the mid-18th century Vilnius, only few representatives of the elite consumed tea. They had teapots made of lead or copper as well as special silver spoons. There were no tea houses in Vilnius at the time as only the rich nobility consumed tea. The aforementioned provincial Nagurskis family would usually purchase several varieties of green Chinese tea, half pound of each sort for a total of three to eight złotys. The same is true speaking of other wealthy members of the nobility who would normally buy ¼ to ½ pounds of tea at once. They usually drank tea early in the evening.

Chocolate, which was gradually finding its lovers in Europe from the 17th century, was three or four times more expensive than coffee. Chocolate became popular in the PLC in the 18th century but only the richest noblemen, city dwellers and top clergy could afford it. The Nagurskis family would purchase several pounds of chocolate at a time for their manor in Kurtuvėnai paying 2.5 złotys a pound.

Vilnius was a vibrant trade centre in Eastern Europe in the mid 15th century. Merchants from various...