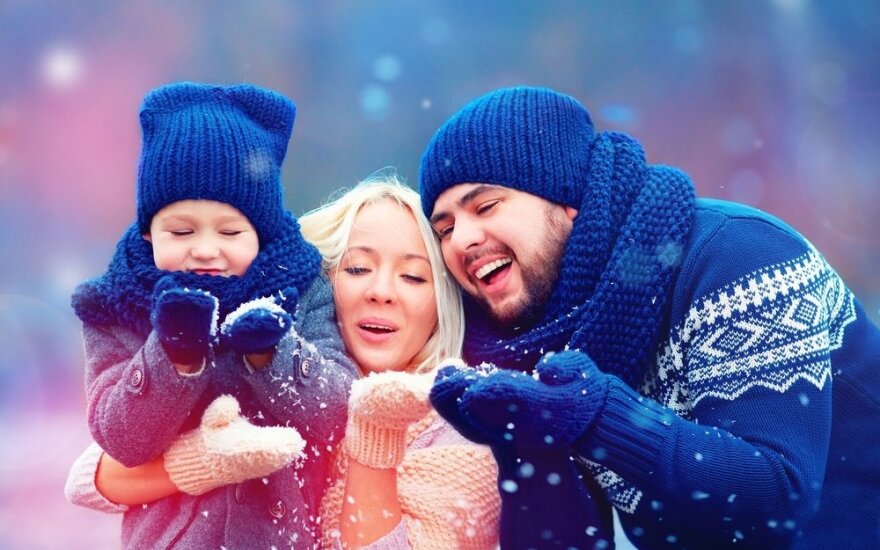 The government programme project presented to Seimas on December 5 contains benefits to young families, those raising children and those planning to have children.

The ruling coalition assures that having analysed the family policy followed since independence it is clear that instead of an active and integrated policy, there has been a devolution into solving problems separately. According to them, attention to families in social risk groups cannot become the main axis of all family policy. As such the changes proposed by the government focus on not only them.

That said discussions of extra grants are left rather ambiguous, while just a month ago exact sums were identified.

“We will seek to implement equal support for each child in a family – children’s money, depending on state financial capacities. This way we will contribute to supporting families and will reduce motivation to conceal incomes, when seeking to obtain welfare payments. The usage of such funding in families in social risk groups will be monitored and, if need be, controlled,” proposes the project.

Delfi reminds that based on current legislation, a periodic disbursement of 28.5 euro is paid periodically until the child reaches two years of age, but only when the income allotted per family member is less than 153 euro per month.

Meanwhile in the draft of the government programme made in early November we can find the following: “We will seek to implement equal support for each child in a family – children’s money. Depending on government financial capacities, it is realistic to plan a 60 euro condition-free disbursement for each child in 2018. This way we will contribute to supporting families and will reduce motivation to conceal incomes, when seeking to obtain welfare payments.”

Benefits in obtaining housing for young families, but only in the regions

“We will create means to support all young (up to 35 years old) families, irrelevant of income, in obtaining housing outside the large cities,” the project stressed support for younger families.
This is intended to not only assist young families, but also to contribute to stymieing emigration, rejuvenating the regions and balancing internal migration flows.

It also outlines plans for improving access to flexible forms of work. There are plans to establish flexible work forms in state institutions.

“Opportunities to work with a flexible schedule, partially work from a home work place, working part time and such,” the programme explains flexible work.

“These means will encompass – expansions in the network of pre-school education institutions, encouraging workplaces and academic campuses to create kindergartens; encouraging family kindergartens, where mothers on childcare leave would have the opportunity to take care of several other children for a wage, without reducing the disbursements to the mother, establishing night-time kindergartens and etc.” States the document.

“The state will ensure adequate assistance to families in maintaining family stability – accessible psychological and other help for families in conflict; opportunities for the development of communication / cooperation skills, mediation services for families experiencing divorce and mandatory mediation for divorcing families that have children,” it states.

It also notes that municipalities will have expanded service centres for social risk families: “We will support the spread of day care centres in suburbs that are relatively distant to the centre of their municipality.”

Special needs families are also not forgotten. It is promised that quality and flexible services oriented toward special needs families will be expanded. Specialised day care and youth centres, services provided at home or “break” services are to become more accessible and not only in the large cities.

“We will establish compensational educational and leisure means for children, who experience the negative effects of an “incomplete” family,” the document states.

The programme project dedicates attention to families planning to have children as well. It explains that taking into account good practice from foreign countries, infertility prevention will be supported, as well as treatment opportunities for infertility.

“We will encourage a responsible attitude toward the life of unborn children, so that families and pregnant women would be faced with crisis situations where abortion is considered as rarely as possible. We will ensure that families or lone women experiencing crisis during pregnancy would receive timely consultations and social services up to delivery and beyond,” the document outlines.

The programme also stresses the pursuit of a favourable condition for family life in society, presenting positive examples of this.

It pledges that prior to the Seimas, cabinet or ministries accepting legislation, an analysis regarding impact to families will have to be done.

“We will prepare and implement compound programmes for family and demographic strengthening, which would strengthen all Lithuanian families and enable increases in birth rates, as well as in lifespans,” it pledges.

The section of the programme which discusses favourable family environments and the encouragement of labour and family prerogatives identifies that the experience of France and other countries shows that specifically supporting working families, tax policy related to number of children in a family and providing social services to working families provide significant contributions to resolving demographic problems and encourage birth rates.

They add that considering the demographic characteristics of the Lithuanian populace, it is clear that families in Lithuania are faced with issues and problems which are beyond the scope of just the efforts of the family and its nearest environs.

According to data from the Statistics Department, divorce rates have consistently risen for the past three decades and almost half of all marriages end in divorce. In 2015 21,987 couples were married (7.6 marriages per 1000 citizens), while 9,371 couples got divorced (3,2 divorces per 1000 citizens). The divorce statistics result in a large number of children living without fathers. Almost a third of all births are in families that have not registered their marriage.

Low birth rates and plans to stabilise them

“Birth rates, which have seemingly stabilised in the past few years, even beginning to grow, only reach 1.70 child per woman and, on the European scale, Lithuania remains one of the states with the lowest birth rates. As such a harmonious generation shift is not ensured. In order to ensure it, we must raise the metric to 2.1. Low birth rates along with the emigration of youth ensure a rapid aging of society. As such in the long term it will be difficult to maintain the stability of the social and healthcare systems,” the project observes.

It also outlines that around 30,000 children are born in Lithuania per year, while 6,000 pregnancies are aborted, meaning that a fifth of all potential births are lost. As such there are pledges of effective assistance to women experiencing crisis because specifically this group of women is the most likely to opt for abortion.

“A trend has been observed in Lithuania that young families, understanding that giving birth to and raising children makes it difficult to participate in the job market, postpone having children as late as possible or decide to have only one or at most two children. Due to having children late more and more frequently, more women of older age give birth (30-44). This trend, as well as the large number of divorces and the fact that during divorces children are usually left with the mother mean a rise in single mothers raising children. This is usually women of age 25-45 that is women who have reached their most productive age, for whom it is important to remain in the job market, regardless of them raising a child along. As such not just assistance for single parents raising children is important, but also that they could work and adequately take care of their children without risking the material welfare of their family,” the government project explains.