Civil war within the Lithuanian healthcare system: flawed budget planning has to stop 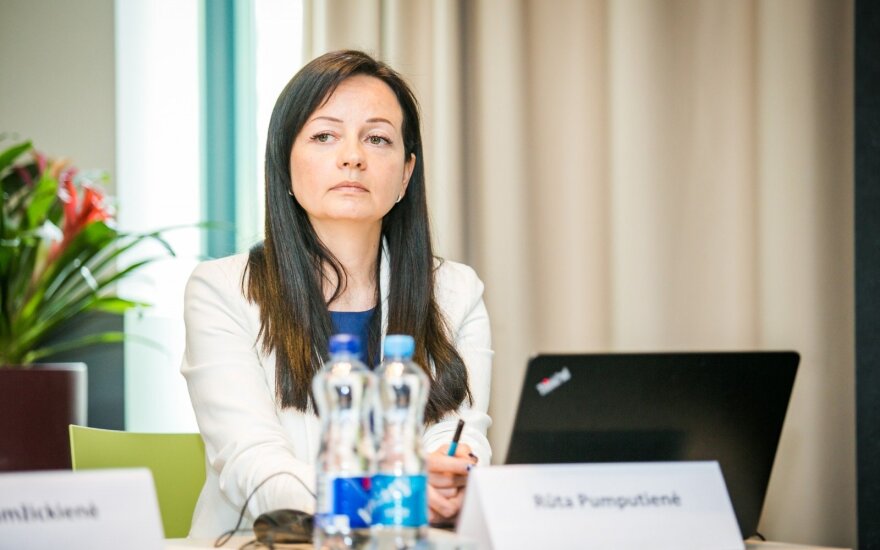 The Lithuanian Ministry of Health's initial optimism regarding Lithuania's Compulsory Health Insurance Fund's (CHIF) increased budget has sparked a civil war within the Lithuanian healthcare system, a situation leaving doctors, patients and the industry all unhappy. A lack of information about the how the additional funds will be distributed first led to justified discontent among both healthcare professionals and the general public. Healthcare workers and doctors have both demanded a significant increase in wages as of January 1, 2017, with the Ministry in return expressing an inability to comply with these demands. One thing led to another, and last week several oppositional political groups initiated interpellation procedures against the Lithuanian Minister of Health Aurelijus Veryga to wit the Minister will be questioned concerning the situation with compensated medicines, the refusal to increase wages and other questions about the transparency and ethics of his work at the Ministry. It's obvious that the Lithuanian healthcare system has come to a dead end and that the planning and management of the Compulsory Health Insurance Fund has to change.

Recently the Lithuanian Ministry of Health published an optimistic press release stating that the due to the increase in the average salary and an overall drop in unemployment, next year's CHIF's budget will be increased by 11 percent or €173 million to €1.75 billion, thus allowing the system to compensate more healthcare services, increase doctor's wages and otherwise improve the state of the healthcare system. This all sounded too good to be true. Today it's clear to see that this hasn't become a reality, a situation reflected in the previous weeks when several different doctors' associations demanded an increase in wages or face the prospect of strikes.

Healthcare is generally very complicated and a lack of funds is felt in nearly all of its sectors. At the moment Lithuania's healthcare budget amounts to only six percent of GDP, one of the lowest figures in the EU whose current average is around eight percent. If the current trend of an ageing society continues, the situation will get even worse leading to healthcare costing even more for the taxpayer and standards in treatment lagging even further behind the EU average.

We can't however say that the situation is unique or that our problems are unsolvable. In order to tackle these problems, the CHIF budget should be planned strategically, abandoning the current accountant-like attitudes behind. Lithuanian decision makers must first set clear priorities for the future, five, 10 and 15 years in advance, priorities that focus on the reversal of the Lithuanian healthcare specialist brain drain, an increase in the accessibility of innovative treatment for Lithuanian patients and so forth. These priorities need to be clear and tangible after proper consultation with healthcare system professionals.

Of course, declarations and strategies are irrelevant if they're not honored, something Lithuanian policy makers appear to be particularly good at avoiding. For example, in the new medicine guidelines it's stated that if the CHIF budget increases the budget for medicines should be increased by the same percentage. In reality however, this year the budget increased by around 11 percent, whilst the financing of medicines rose by just 6.6 percent.

First problem: no clear criteria when planning the CHIF budget. Moreover, no needs analyses are being conducted, which are fundamental in the planning of clear, future-oriented and sound resource distribution.

Second problem: so-called medicine price discounts or funds which are returned to the state by the medicine manufacturers don't return to the budget line of the medicines and are spent elsewhere making it more difficult to compensate more effective medicines for patients.

Third problem: budget expenditures for medicines don't correlate with the reserve medicines list. This should be corrected by ensuring that when planning the CHIF budget an increased need to compensate such medicines is taken into account

Fourth problem: taxpayers pay more than the state for uninsured individuals. According to some calculations, when covering the insurance of uninsured individuals, the state pays around three times less than the average working person. Since the majority of the CHIF budget consists of compulsory insurance fund payments, this situation puts additional pressure on the entire CHIF budget making it more difficult to meet the most pressing needs.

In general, in order to improve medicine budget planning, Lithuania must clearly define and prioritize the needs and values of compensated medicines and use the principles of the healthcare technology evaluation system to apply the various correct compensation mechanisms, e.g. compensating medicines only after monitoring their effectiveness and the successful results of their clinical tests.

In general, it appears that the type of decision making used when planning the budget is both erratic and based on outdated practices from the past. With the increase in the CHIF budget this year it was decided to form a special working group which will decide what kind of new services can be compensated and which service fees can be increased. Based on his, a natural set of questions arise, namely who will be appointed to that group, will the group consult the best analysts, what kind of criteria will be followed and will the group follow the outdated practices or will new practices be adopted?

Budget planning must be based on objective planning guidelines, principles and specific measures, otherwise it won't be possible to ensure an effective use of the funds.

It's probably unnecessary to explain that without strategic and long-term budget planning, as much as without a stable political situation, Lithuania won't be able to provide the good business climate essential in promoting investment within the Lithuanian healthcare sector. Due to a lack of foresight and stability, the Lithuanian healthcare system loses millions of euros in investment whilst patients miss the opportunity to access the newest and most effective treatment, services and medicines.

The current CHIF budget planners are, in essence, right to defend themselves by saying that the budget is being planned 'righty and in accordance to fiscal discipline law' and so forth. It indeed is, but this is no longer enough. If it's not properly prepared for, increased healthcare expenditure will bring about an even worse situation in the future.

Epilogue: current civil war within the healthcare system is the result of old problems

It's hard to blame the current government for the discontent among doctors and the general public. CHIF budget planning criteria have long been unclear, leading to justified discontent within society.

We all deserve to know where the Lithuanian healthcare system is going next.

Rūta Pumputienė is an attorney at law with over 12 years’ legal experience, specializing in life sciences sector and other regulated industries (food, tobacco, alcohol, gambling), as well as intellectual property law area.

Lithuania's opposition has collected signatures under the text of interpellation against Health...