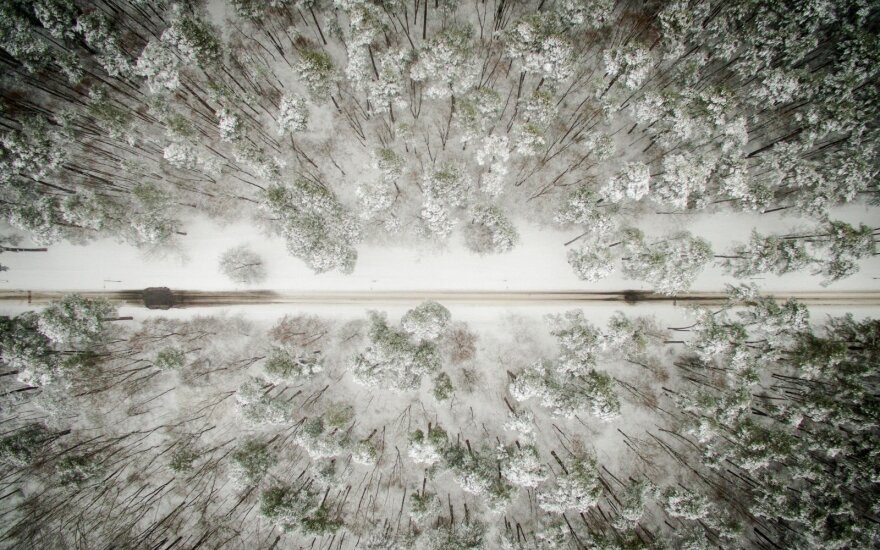 The new cabinet will aim to storm a bastion not scaled by any prior government – the state forest management system. There are plans to close down 42 forestries that have so far been operating as separate enterprises. Expectations are that with them being merged into one it will be possible to achieve savings in the millions of euro, while raising wages for foresters, rangers and other specialists working in forests. A major portion of the forestry community objects to this, however, as do the Farmer and Greens‘ coalition partners, the Social Democrats. Is there truly a need for a fundamental change in state forest management? This was discussed with Minister of the Environment Kęstutis Navickas, Social Democrat Seimas group deputy prefect Juozas Olekas and Kaunas forest Chief Forester Saulius Lazauskas, LRT.lt reported.

- Mr. Navickas, what is the essence of this reform and what goals does it have?

K. Navickas: The main goal is greater returns to the state and the public. Not just economic returns, but also ecological because the forests are a part of the ecosystem.

- You say that currently the ecological returns are lesser than they could be if the forestries were merged into a single holding?

K. Navickas: We have data that currently reinvestment into forest added value is around 76%. According to scientists if we want to achieve stability in forest ecosystems, this figure must be at least 80%. On the other hand management effectiveness is important as well. Currently 35% of the forestry turnover goes to administrative needs. This is a large expenditure. We are unique in having 42 separate managing entities, more than any other EU country, bar Hungary. Furthermore the Constitution outlines that state enterprise is managed by the government; the Seimas decides otherwise and enters 42 forestries into legislation.

Related articles
Will the Government have enough support in the Seimas for reforms?
Why are the Social Democrats fighting forestry reform?

- Mr. Olekas, entering 42 forestries into the current legislation does not appear to be a wise use of state resources. After all the situation could change at any time.

J. Olekas: Yes. This is why I registered a legislative project, based on which the number of forestries should be such that they would be economically effective and could accomplish the tasks set by the Ministry of the Environment.

- You are proposing that forestries would have between 25 and 60 thousand hectares of forest, there are currently even smaller ones. You have been categorically against merging the forestries into one. What are your arguments?

J. Olekas: My arguments are based on suggestions made by scientists, how they view the future for Lithuanian forestries. The forestries are out pride because they were reinstated in 1919 and then again in 1990 once we became free.

J. Olekas: I agree. By the way, Lithuanian forestry has been evaluated as one of the best in the world. Why should we merge the forestries into one? These disputes have been going on for a long time. I believe that centralisation would be harmful for economic activity in those places, the regions where people work. They will be left unemployed and it will be a major social issue.

- However the state should not be resolving social issues through state enterprises. That is what social institutions are for.

J. Olekas: We are speaking about jobs. All those companies, even the small ones, were profitable last year. We have to look at what reform is needed, perhaps centralised accounting is in order. The greatest danger in the proposed reform is that large industries will stifle minor regional businesses.

- Mr. Lazauskas, how many years have you been a chief forester?

S. Lazauskas: I have been the head of the forestry for only a few months, but I have worked in the forestry sector since 1984. During our work, both me and my colleagues, are constantly faced with various parties intent on taking over forest resources. These customers are well known to us and we always ask the question – to what end is the reform being put in place?

- You mean that this reform was commissioned by major lumber processing companies?

S. Lazauskas: In 2008 the media wrote about Ikea planning to reform the forestries and establish a single company. At the time Gediminas Kirkilas was prime minister. During the privatisation of Girių Bizonas, the Ikea representative set a condition that they will privatise and invest only when there is only a single forestry. A single forestry is necessary for materials control. Ikea both sells and manufactures in Lithuania.

- But it would also be more beneficial for the state to effectively control the raw materials if they are managed by a single entity?

S. Lazauskas: The raw materials would be managed by a private company which would have the sole aim of reducing resource costs. We know of stories where politicians become tools for business groups. Business groups places a person into a post of a certain company and tell them what to sell and at what price.

- Mr. Lazauskas, how would you counter the argument that a third of all forestry budgets go to administrative expenses?

S. Lazauskas: The Minister of the Environment is employing inaccurate numbers. The administration is the foresters that are planned to be left behind. Furthermore it is inaccurately claimed that the forestries pay too little income tax. Based on their metrics, that is by the normalised income margin, forestries exceed energy companies twofold. These are impressive numbers. We do not understand why profitably operating companies should be destroyed.

- The Kaunas forestry manages 17,000 hectares of forest. How many people work in your finance department?

S. Lazauskas: Three women. The forestry has a total of 87 employees.

- Mr. Lazauskas, you say that with a single company, it can be bought or bribed. Can’t this be done with small companies?

S. Lazauskas: They are clearly declaring that it is difficult to come to terms with 42 forestries, but they will be able to with a single one.

S. Lazauskas: There are those who do.

- Mr. Navickas, you are being accused of the reform potentially being ordered by major businesses to make deals easier. What do you think of this?

K. Navickas: Delusions. On the other hand the OECD, in reviewing our state company effectiveness, clearly stated that we must separate the management of state companies and political influence. This is one of our goals. There are now talks of a single company, but that is not the case. There are 25 branches, in essence 25 forestries.

- But this is also an important moral moment that Juozas Olekas spoke of. You are planning to abolish the almost 100 year old term “urėdas” [Chief Forester]. Is this not a certain mistake in terms of values?

K. Navickas: These are details, I see no great issue. Currently a working document has been prepared, it outlines 25 branches, 25 regions. Let me stress this is not a single company.

- 42 forestries are hard to manage even in a control perspective. It would appear that lumber auctions are a very objective matter – whoever offers the greatest price wins. It is no secret, however, that one type of lumber is bought in auctions, then a bribe is given to the forester and then higher quality lumber is loaded. This has surfaced in the public sphere, even in the cabinet’s analysis.

S. Lazauskas: The greatest corruption is in the ministries. Identify at least one individual from the forestries who has been convicted for corruption. There are none.

J. Olekas: An investigation was performed on the corruption of the Ministry of Environment. The forestries were little implicated in this investigation. Other institutions were more preeminent. We sometimes throw unsubstantiated accusations about.

S. Lazauskas: People in the forestries are shocked. Having worked in the forests all their lives they are now hearing that they will be fired. 4,000 staff will be notified they have lost their jobs. This was stated in a meeting with the chancellor of the Ministry of Environment. Let me add that the scheme presented by the minister integrates political, economic management and control in a single place. Let’s say one minister is transparent, but the next may not be so. He immediately changes the management, appoints a person owning billions in property – all of the state forests.

- Mr. Navickas, according to the chief forester there is no clear proof that the current system is not working with transparency. Do you agree?

K. Navickas: Two months ago the chief forester of Rietavas was arrested for suspect public procurements. Speaking of management independence, there will be criteria the minister will have to focus on. The criteria will clearly specify that 4 of 7 management members will have to be unrelated with forest management and unrelated to any political party.

- Should this reform not be done in stages, rather than immediately? You are pitting the massive forestry community against yourself. This is a difficult process to control. What do you think?

K. Navickas: The reform will definitely not be put in place over night. It will begin from reorganising a single company, merging several forestries into one and naming it the Lithuanian Forest Enterprise. The process will last a whole year. I do not wish to lie and say that will not be the case. The foresters’ proposals suggest leaving 20 forestries, another variant suggests 9. These are not numbers made up by the ministry. 25 branches were chosen with social responsibility, strengthening the forester and ranger institution, that these people would not have to be fired. Currently, at the minister’s orders, it has been specified that no restructuring is to be done in the forestries while discussions are ongoing.

S. Lazauskas: We are not against reform, quite the contrary, but its goals have to be clear. So far no goal other than transparency has been specified. Alternatives, specialist evaluations, cost and benefit analyses, these have to be presented as well. The minister has not presented a single number, only visions. Can you treat state property this way?

K. Navickas: Cost and benefit analysis has been done, the General Forestry has this data. I do not have the numbers at hand and cannot say exactly.

After the Lithuanian environment minister initiated restructuring of state forests, analysts say the...