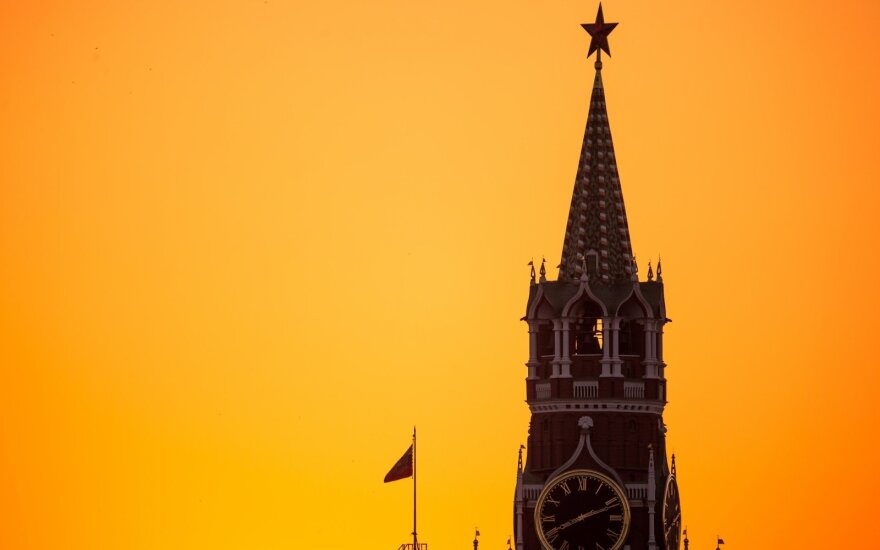 Can the coming year bring change to the EU and Lithuanian relations with Moscow? Are we right to say that the threat posed by Russia is the most relevant? Lietuvos Žinios discussed these and other questions with political scientist dr. Laurynas Jonavičius.

Relations with Russia are nigh on at an all-time low since independence, L. Jonavičius notes that if Russia will begin actually talking to anyone, it will certainly not be with Lithuania, given large states' unwillingness to be brought down to the smaller country's level and in Lithuania's case to communicate with a country whose sovereignty in itself is seen as a misunderstanding by Russia.

Related articles
Kęstutis Girnius. Hybrid wars should not be fought in the dark
Zapad approaches – threats and impressive numbers

Instead he believes that if Vladimir Putin will initiate dialogue with anyone over the coming years, it will be with the major European players – Germany and France. The exhaustion felt in Europe over the continuing conflict with Russia will likely encourage dialogue. Nevertheless for Lithuania the coming 5-6 years do not promise any changes in relations, despite a myriad of issues that need discussion, ranging from Kaliningrad Oblast to diplomatic property.

The political scientist does not believe sanctions will be lifted as there is no basis for it. Despite this, the major EU states, in their exhaustion with the status quo, will seek ways to talk to Moscow, but this may take a long time and even then it may not bring success. The only way Russia could seek to challenge the current sanctions, according to L. Jonavičius is by seeking bilateral deals with individual EU states, rather than the EU as a whole.

All of this is unlikely to influence the Lithuanian position. Even if the major states propose dialogue with Moscow, Lithuania would likely declare it unnecessary until the expected changes are made, standing by a confrontational policy line. The political scientist observes that objectively there is no basis for any other stance, meanwhile Russia sees no reason to make any changes because the current situation in Ukraine remains to its tastes. There is room for changes upon the end of Vladimir Putin's fourth term, but even with V. Putin no longer being president, L. Jonavičius notes that the regime and its stance on the Baltics may not change.

Russia may need to show positive signs in order to improve relations with EU states, but the expert points out that likely this would only be a softening of rhetoric, pretence at willingness to negotiate on Ukraine or a withdrawal from Syria.

"It is also likely that Moscow will strive to appear as civilised as possible over the coming elections, to present at least a minimal image of them being real.

The question of elections will dominate the Russian agenda for the coming year and thus it will draw back a little externally and will focus on domestic issues," L. Jonavičius says.

Since 2014 Lithuania has been particularly vocal about Russia's military threat. The political scientist explains that the military element may take a back seat to other threats – hybrid, cyber, propaganda and such, but nevertheless emphasis on the threats posed by Russia will continue. This will be done not solely by Lithuania, the investigation of Russian meddling in the US elections will continue and attention on Russian threats to the West will remain.

The military element may return to relevance once more if elections in Russia do not proceed as planned by the Kremlin and it seeks to resolve domestic issues via external action, but the expert does not believe this will happen.

Broadly speaking, L. Jonavičius believes that the greatest threat posed to Lithuania by Russia is the large neighbour's efforts and ability to influence domestic policy in other countries. He nevertheless believes that Lithuania is relatively resilient to this compared to Latvia and Estonia, pointing out that the sensing the Russian threat has almost become a part of Lithuanian identity, a consolidating element.

Recent investigations of Lithuanian political links to Russia may suggest otherwise, but the political scientist explains that this is namely the proof of resilience – intensive oversight is ongoing and such links are brought into daylight. "This monitoring is holistic, it is done by the news media, by security structures, by society itself. Perhaps Russia does have agents who care not about national interests, but their ability to act is fairly limited," he says.

Regarding accusations on Vladimir Putin that by seeking enemies abroad, he is seeking to divert attention from domestic issues, L. Jonavičius admits that this is also done in Lithuania, but he emphasises that this is the case everywhere, stating "This is done not only by the Russians, but also the Americans and us, as well as the rest of the world. Certain political powers in Lithuania are playing and will continue to play the Russian card just to retain voter attention. There are politicians for whom this is simply the only way to be visible and remain in the political arena.

Out specific is that where usually the Russian question is used to divert attention from other problems, it instead veers off in the direction inherently – people are interested in this topic. On the other hand the Russian threat is too important a question for politicians to say "Let's forget Russia and focus on resolving a different problem.

We cannot claim that no-one desires to resolve issues such as poverty or low pensions. However these problems are complex, while with Russia everything is clear and every politician has something to say about it. And you almost need not do anything – talking suffices."

In terms of post-Putin Russia, L. Jonavičius believse that the scenario seen at the end of Boris Yeltsin's presidency will repeat with the president's entourage selecting the successor. With the selection of Vladimir Putin it was hoped that he could be controlled, but these plans failed and V. Putin created his own system of government.

"I believe that a successor will be chosen again and the changes will be transformational, not revolutionary. How deep they go will depend on a number of factors, beginning with who the successor will be and ending with what the prices of energy resources will be in international markets. Looking at the moods dominating Russian society today, big changes shouldn't be expected.

Russia is ruled by groups linked by interests, controlling politics, the repressionary apparatus and the economy and they share these spheres with one another. Their joint interest is to remain in power and ensure that no-one can insert themselves into their circle from outside. They may compete with one another, but they do not allow other oligarchs or the public to join the decision making process. It is a vital interest to these groups to find a successor suitable to all of them, who would maintain the current system.

Keeping in mind that today Russia is ruled by very pragmatic people who defend their interests eagerly, one must think that they will succeed at achieving an equally pragmatic agreement. As for what it will be – no-one can say," L. Jonavičius concludes.

The Kremlin can only have an effect on Lithuania's society, if it is shaken by internal problems, says...

Lithuanian radio, TV channels may be told to dub over Russian content

Lithuania's radio and television channels may be ordered to provide Lithuanian-language subtitles for...