Centre of Registers audit finished: schemes uncovered with damages in the millions

Viktorija Chockevičiūtė
Parašyti
autoriui
aA
When suspicions arose that exclusive conditions were granted for certain companies to pay several times lower prices for data at the Centre of Registers, audit was initiated. Now, the audit’s results have confirmed suspicions. 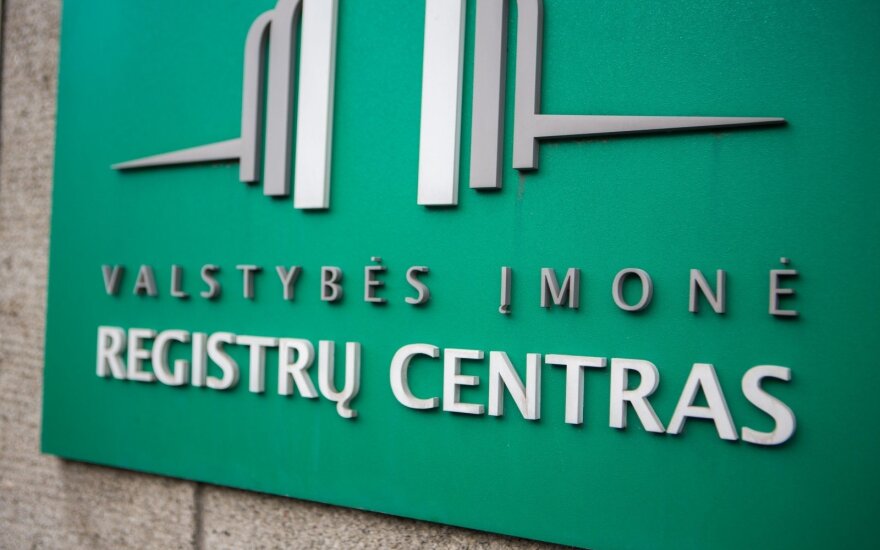 It has been calculated that the Centre of Registers provided data for 330 million euro, while receiving only 740 thousand euro for it or in other terms, just 0.22% of its value. The minister of transport and communications says that this shows the scale of how thoughtlessly the data was provided.

In his presentation of the audit results, Minister of Transport and Communications Rokas Masiulis stated that a scheme was formed, which granted exclusive conditions for several related companies. They were allowed to take pole positions in the data sales market, while at the same time, other companies paid the usual 27 cent fee for a unit of data.

It is calculated that just due to the provision of data for 6 cents instead of 27, the Centre of Registers lost 1.3 million euro in income.

R. Masiulis noted that the involved companies' names cannot be revealed at the moment while law enforcement has not concluded its investigations. It was only mentioned that one company has around 50 staff and exclusively obtained data on deaths for 3 cents each. Also, exclusive conditions were granted to two small companies, which had up to 4 staff each. Questions arise whether such small companies were capable of processing the massive amount of data received or if they did not transfer it to third parties, thus failing to ensure data security. It was specified that in 2017, a foreign company also appeared, which took interest in citizen registry data and was also granted exclusive conditions.

Centre of Registers head Saulius Urbanavičius stated that action has already been taken due to this practice. The contracts with data recipients that were found faulty were changed by the end of last year. He also stated that it was agreed for large data recipients to receive different prices and pricing has been prepared already, pending approval from the government. It is stated that it was prepared based on business expectations and the most expensive services will be paper-based inquiries. The cheapest service will be digital data transfer, from system to system.

The Special Investigation Service is continuing a pre-trial investigation launched in September 2018 on potential abuses in granting exclusive conditions for private companies to receive registry data. In September 2018, the Ministry of Transport and Communications together with the Centre of Registers' new management launched an audit of the centre, which sought to evaluate unsuitably low pricing provided by the state enterprise to certain large companies for its data.

Delfi reminds that audit has also been performed regarding the e-health system. The Centre of Registers contacted the prosecutors regarding potentially illegal actions and property damaged caused by them after performing the audit in December 2018. During the audit, it was uncovered that the system's flaws must have been known already in 2015, however no one took to fixing them at the time. The audit of the e-health system showed that three companies may have been granted exclusive public procurement conditions and one's staff later were given employment in the Centre of Registers, receiving pay from tax payer's money.

Centre of Registers calls on prosecutors due to potentially illegal actions in the e.health system

After performing an audit of the e.health system regarding potentially illegal actions and their...

Urbanavičius takes office as head of Lithuanian Center of Registers

Saulius Urbanavičius , a former head of Lithuania's Special Investigation Service , has been...

Political entities feared by the parties: questions on transparency and accountability