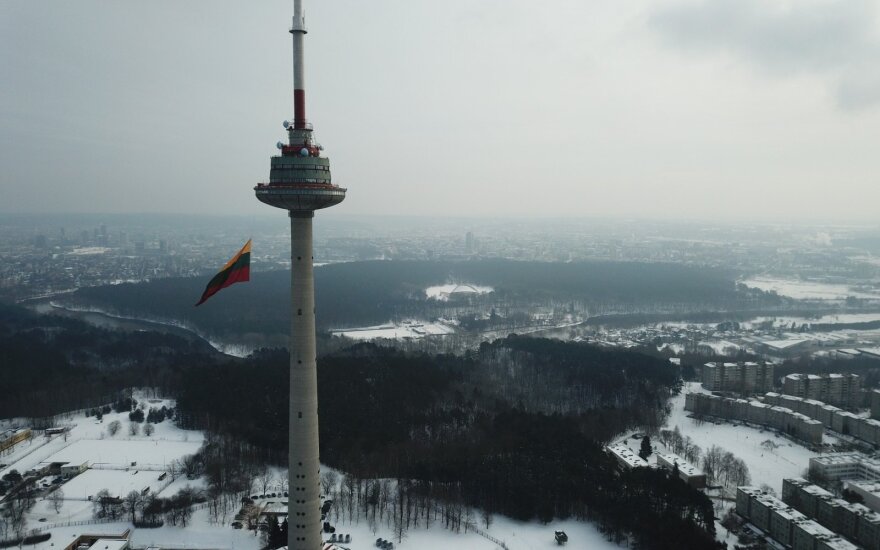 The Lithuanian people view themselves as patriots, are particularly proud of their forefathers' land and its rich history, public opinion researchers say. However we have certain unique features which make Lithuanian patriotism unique even compared to neighbouring countries'.

According to a recent Human Study Centre psychological climate and people's perception research, Lithuania met its centenary of restored statehood with improved moods.

Almost 70% of the country's citizens feel happy or rather happy, while the number of those proud to be Lithuanian citizens grew from 69% to 82% over the year.

"It is obvious: when asked if they are proud to be Lithuanian, whether they are proud of Lithuania, the absolute majority respond positively. People care about their homeland, the land of their forefathers, its history, its language. But questions about state government and politicians are a wholly other matter. The impression arises that Lithuania is as if some sort of dish, whose content is good, but the government is not appealing. These poles are greatly separated," public opinion and market research company Vilmorus head Vladas Gaidys told Delfi.

Related articles
Vytautas Sinica. Do we still need the state of Lithuania?
St. Casimir's Fair kicks off in Vilnius with special focus on Lithuania's centenary

According to him, in this respect, the Lithuanian public differs from those of the other Baltics.

"Say in Estonia, the Protestant sphere, the position is held more that if you see evil, you have to report it and fight against it, call on someone, write petitions. If I'm not doing that – why talk about it. There is a greater moment of civic-mindedness, based on active efforts," he said.

When asked why our neighbours view their own and their country's future more positively than Lithuanians, V. Gaidys mused that this is also due to cultural differences.

"Say in Estonia, lack of self-confidence, negative views of one's own country is hardly possible because it is unfitting to be a loser in the Protestant cultural areal. In Catholic Lithuania, complaining is perhaps even a sign of a good tone," the sociologist said.

He recalled how 20 years ago, a colleague visiting from Sweden was shocked.

"He was left with a massive impression by a phenomenon we had – station huts, this sort of little truck. A protest would be held in it regarding some sort of problem via starvation. The Swede explained that in his country, if a problem arises, people write letters to their representative, explain the issue. But for a Swede to go on a hunger strike? Hardly imaginable. They would unlikely take up such passive actions," V. Gaidys said.

Speaking of Lithuanian inter-war patriotism, he pointed out dedicated belief in Lithuania, the Homeland, symbolism. The sociologist believes that patriotism was also maintained by external pressures – the conflict with Poland, the slogans of "We won't rest without Vilnius" and other circumstances. Pride in very successful state building of the young country, where the results were evident also contributed to it.

"We can see from various sources that inter-war Lithuanian residents valued the independent state they created, the feeling of pride was also encouraged by what was achieved over just 20 years, performed with the blooming of latent enthusiasm in literature, architecture and industry. It is hard to believe even now that so much was achieved over so little time. After all, from 1918 to 1938 Lithuania changed unrecognisably, became a European state," V. Gaidys spoke.

According to him, if you directly ask contemporary citizens, what can be prided of in Lithuania, they will mention historical facts, sports achievements.

"However from various research I can see that pride is increasing in more global matters, high technologies. It is almost stereotypical to say that Lithuania is a "country of lasers", a perception is arising of Lithuania as a developer of information technologies, there is talk about the fastest internet and such. In other words, the symbolism of the country for Lithuanians is no longer just zeppelins, with particularly the younger generation finding other metrics important," the sociologist noted.

"First of all I must say that with the celebrations of the centenary of restored statehood, more optimism appeared in the Lithuanian public. This was reflected by the seemingly banal fact that with the celebration nearing, even state flag production couldn't keep up. However after February 16, in my subjective impression, the wave of optimism settled. It is truly hard to tell whether the optimism, which appeared during the centenary, will last," he said.

According to A. Krupavičius, with the wave of enthusiasm settling, the public sphere was once more overrun by sensationalist articles, scandals and it is as if Lithuania returned to the swamp of negative communication messages once more after February 16.

"This is not just about politics. If prior to the centenary celebration, optimistic tones were prevalent, now they are dissipating. Sometimes you can be left with the impression that the Lithuania of March 11 did not happen, that it is still an incomplete project," the political scientist noted.

In his opinion such moods ca be explained through differing time distances.

"If we look at the centennial perspective, irrelevant of occupation, war, massive social, economic and other shocks, Lithuania survived. We have a state, it is fairly safe in geopolitical terms. All of this makes significant room for optimism. But when we look at the short term, the past 28 years, the picture is far grimmer.

After all, Lithuania entered democracy, independence as one of the strongest former Soviet republics, dictated political trends for not just the Soviet sphere, but all of Eastern – Central Europe. If not for the Lithuanian Sąjūdis, our democratisation and independence movement, truth be told, would the fall of communism in Central and Eastern Europe have been so rapid?" A. Krupavičius asked.

In his opinion, with 28 years passing, during which Lithuania has made significant strides, particularly in terms of geopolitical security, significant problems still exist in the state, primarily in the social level.

"Our social inequality is one of the worst in the European Union, we have a demographic crisis which manifests itself via low birth rates, high death rates and emigration. At the political level it is clear that we are a democracy with flaws, the public is passive and the politicians are unable to formulate the visions, which would unite the public.

When we talk about centennial Lithuania, we see more optimism, hope and prospects. However when looking at the March 11 Lithuania, the past 28 years, it is a different picture. We have yet to reach the expected advancement and the list of problems and hindrances remains long," A. Krupavičius explained.

More optimism for the future

V. Gaidys points out that during the years of independence, numerous positive changes also happened. He highlighted that trust in important state institutions grew in Lithuania: trust in the military doubled, in the police – tripled and in the courts – almost doubled.

"As such, let us meet March 11 with most state institutions, bar Seimas, the cabinet and the parties, holding positive evaluations. But this is not unique to Lithuania," he explained.

According to V. Gaidys, when evaluating public moods, research such as Eurobarometer presents questions like whether the people of the country feel content with their lives.

The Eurobarometer research, which was performed in November 2017 across the 28 EU member states, presented at the end of this February revealed that 70% of Lithuanian citizens are content with their lives. Unfortunately Lithuania still lags behind its neighbours in this regard – 85% are content in Poland, 81% in Estonia and only Latvia has a slightly lower number than Lithuania – 69%.

"I remember, however, how 20 years ago there was a time where only 40% of Lithuanian citizens were content. In other words the trend toward improved moods is consistent," V. Gaidys noted.

A slightly different situation appears when considering the country's economic situation. The Eurobarometer research shows that when evaluating Lithuania's financial situation and family finance for the coming 12 months, the positive responses decline by 21 to 25%. Across Europe these metrics are several percentage points higher and their trend has been improving over the past years, if ever so slightly.

However V. Gaidys states that while Lithuanian economic metric evaluations are more negative than positive in the citizens' eyes, when asked about family financial and material conditions, most Lithuanian citizens view it positively.

"The newest Statistics Department data shows that looking to the future, Lithuanian citizens hope that their families' lives will be even better. There are also optimistic moods in terms of state growth," the sociologist noted.

St. Casimir's Fair kicks off in Vilnius with special focus on Lithuania's centenary

St. Casimir's Fair , known as Kaziuko Mugė in Lithuanian, is kicking off in Vilnius on Friday with...