Butkevičius speaks up – important “Farmer” reforms will not be supported 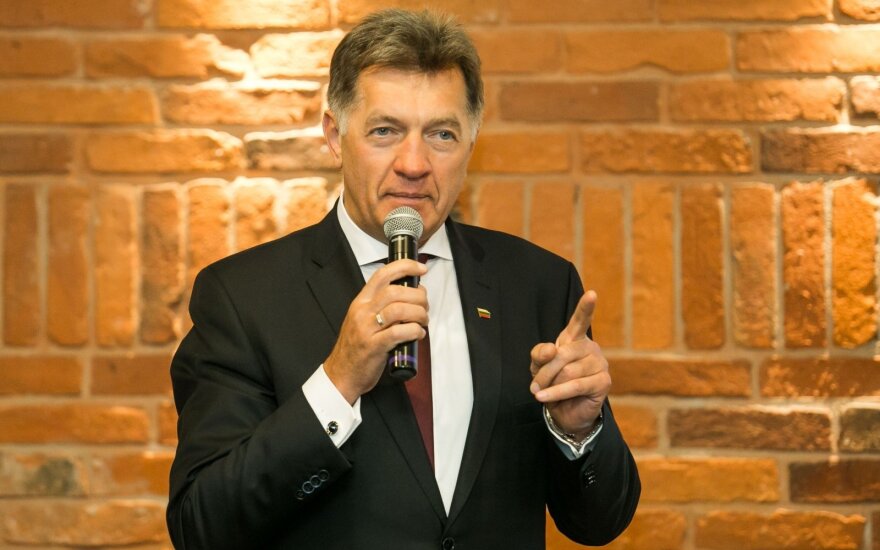 The Lithuanian Farmer and Greens Union (LVŽS) coalition partners, the Social Democrats are complaining that they are essentially unsure how the Saulius Skvernelis cabinet intends to implement most of its intended reforms.

During a Saturday Social Democrat presidium meeting, former Prime Minister and Lithuanian Social Democrat Party (LSDP) Chairman Algirdas Butkevičius said that he has seen no legislative projects for reform (for example to combat alcohol consumption), just that he was given the impression from talks with “Farmer” representatives that the Farmer and Greens fraction only has 4-5 people making decisions.

According to Butkevičius, the cabinet will only begin the cabinet and ministry chancellery reform soon. It will be presented to the staff of the cabinet chancellery and ministries on February 27.
The politician claims that the Skvernelis cabinet has not even approved a plan for implementing its programme.

“As we are in a coalition together, we have to see the project, we have to clearly state whether the plan adheres to the government programme contours. And since we are coalition partners we should have the right to make suggestions if we see that something has not been done,” the Social Democrat chairman, who will not be running for re-election to the post, said.

According to Butkevičius the Social Democrats do not even have joint discussions or negotiations with the “Farmers”.

“Imagine how just one group in Seimas decides what legislation to propose, what decisions to make. Having had the opportunity to spend a week in Strasbourg and speak with Farmer and Greens Union representatives, I understood that even in their group they do not organise meetings or discussions,” the former PM said.

“You know, in those informal talks it became clear that in their own group the situation is such that decisions are being made by just 4-5 people. Everyone else is only there so that the group would distribute papers with questions and they could place a plus or a minus,” the Social Democrat leader said.

He also stressed that the Social Democrats will likely not support the forestry reform that is being backed by Minister of the Environment Kęstutis Navickas.

“If the minister’s position will remain categorical, I cannot guarantee that such a harsh position will be supported,” the politician said.

The “harsh position” in this case is K. Navickas’ proposal to merge the Directorate General of State Forests and 42 forestries into one state company “Lietuvos Valstybiniai Miškai” [Lithuanian State Forests]. Based on the initial proposal there would be 25 territorial branches of the company.
The “Farmer” Minister of the Environment is currently being upbraided regarding the matter even in the Farmer and Greens Union. For example the Seimas group’s member Virginija Vingrienė called the merger of state forestries a bulldozer reform in a Facebook post. Meanwhile President Dalia Grybauskaitė supports the idea. In political couloirs it is being spoken that certain forestries are rife with corruption. State Control has declared that the state forestry sector is insufficiently transparent and effective.

But the Social Democrat chairman says that the reform is far too radical. “Going in this direction, I do not believe we will support the idea,” Butkevičius said.

The politician also posed the question of why the forestry centre should be established in Vilnius. In his opinion it could be placed in Šiauliai, Panevėžys or Kaunas.

A. Butkevičius also complained regarding the duration of terms, supposedly why would someone who worked in a position for twenty years not be seen as a good specialist. According to the politician is does happen that someone who worked in a position for a lengthy time still has ample ideas.
Saturday also featured a debate between candidates to the post of Social Democrat Party chairman. A. Butkevičius will not pursue leadership this time, there are currently 8 confirmed candidates - Zigmantas Balčytis, Mindaugas Bastys, Kristina Miškinienė, Andrius Palionis, Gintautas Paluckas, Mindaugas Sinkevičius, Artūras Skardžius and Mantas Varaška.