Rimvydas Petrauskas | ldkistorija.lt
aA
After the Deluge that devastated the Grand Duchy of Lithuania in the middle of the 17th century, a family appeared along the Radvila and Sapieha clans at the top of the government that had a nice short name that you will soon find out that had Roman origins. The family came from the town of Rozhanka in the environs of Grodno. 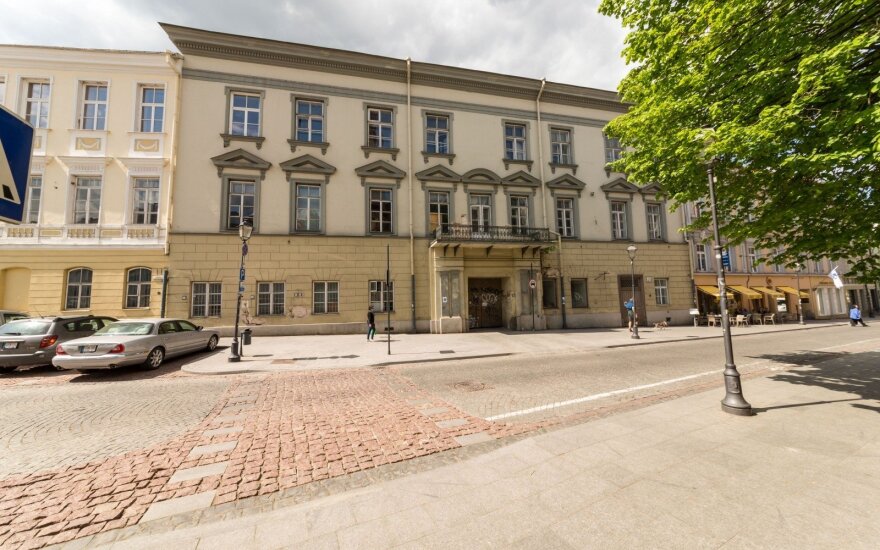 One comes across members of the family from the beginning of the 15th century among the figures of GDL nobility. However, it was only in the second half of the 17th century that the Pac family was to position themselves among the elite. At the time, the most important secular and church duties of Lithuania were in the hands of three Pac family members. Krzysztof Zygmunt Pac became the Chancellor of the GDL, his brother Mikołaj Stefan Pac, was the bishop of Vilnius, while his nephew Michał Kazimierz Pac was the field hetman of the GDL and voivode of Vilnius. For the Pac family, who rose to the hights of the political class, it was to rewrite the history of their family. The primary tool for this historical narrative was the theory that Lithuanians descended from the Romans (a theory accepted at the time), which families like the Goštautas family, Radvila family, Alšėniškis family, and Giedraitis family used to find their venerable roots. It was wise to understand the beginning of a family's history, as according to the understanding of the time, it was at the beginning one needed to look for an explanation for future events, phenomena and actions.

Fictitious preconditions were an inseparable part of historical thinking and you just needed to reconcile them to the historical data at hand. It could be that in the middle of the 17th century, Lithuanian historian and heraldry specialist Wojciech Wijuk Kojałowicz (Albertas Vijūkas-Kojalavičius) who found the name of Roman consul and pontifex Cosmus Paccius among monuments of ancient Rome provided the foundation for the new tradition of the Pac family in Lithuania. The similarities of the names were amazing, and it is worth sharing this discovery. In following Kojałowicz, other writers gradually created a comprehensive genealogy that the Pac family came from Italy.

A conclusion was made that the relatives of Roman senator Varono Pazzi who came with Palemon stayed in Rome, while their descendants were the current Italian nobles from the Pazzi family. It is not hard to guess who the first was to point out the amazing similarity of the Lithuanian Paces' name and the Florentine Pazzis' name. It would have been a family discovery of the Pac clan, who had travelled in Italy a number of times, and the observation of the well-read genealogical experts. Thus, the similarity of the names could be at once believably explained to all those who knew the context of the story that Lithuanians came from the Romans. Thanks to the combination of the names, the Paces found out both the origins of their family, and found blood relatives in Italy.

Advantageous changes: a venerable past for a bright future

That is how the personal acquaintance and communication between the Paces and Pazzis began. In the 17th century, it not the best of times for the old Florentine patrician Pazzi family in a city ruled by the Medicis, however they could lean on their ancient and venerable history. The wealthier Lithuanian family of nobles was becoming famous, and for the Pazzis it was a good pretext to emphasize their international ties. Already in 1624-1625, on his trip through the manor estates of Europe, Stefan Pac visited Cosimo Pazzi at his home in Florence and discussed the ties between their families. Most likely, a result of this trip was the departure of Cosimo's son Lorenzo Domenico to Lithuania, where he planned to receive valuable lessons in manor life and military practices. In Lithuania, he found the Pac family at the height of their career – he lived there almost two decades and worked alongside Stefan's son Chancellor Krzysztof Zygmunt and Vilnius Bishop Mikołaj Stefan Pac as well as their nephew Field Hetman Michał Kazimierz Pac.

Lorenzo Domenico felt like a true relative of the Pac clan and in letters to his homeland, he wrote the Lithuanian Pac family's last name in what for him was the regular form – Pazzi. In addition, in what was a regular part of court life, he would use his letters to inform his rulers, the Medicis, of events going on in these countries, as the Medicis had specific political and economic interests in Poland and Lithuania. Krzysztof Zygmunt, who organised a number of marriages during his life that were useful for him and others, did likewise for his Italian relative, who married a woman from the manor of Polish Queen Eleanor (as the happy groom wrote proudly in his letter, the entire Pac family participated in the wedding). Thanks to his influential protectors, Lorenzo Domenico also received the title of count.

The Pac family received much use from this acquaintance. What was meaningful was the fact that thanks to their family ties with the Florentines, the Pac family could take advantage of the veneration of Saint Mary Magdalena de Pazzi. The Pac family spread the cult of this saint in Poland and Lithuania and themselves became a part of the history of "Magdalena Pacaitė or de Pazzi" (as Jesuit professor Baltazar Dankwart wrote). Not long after other memories of the legendary history of the Pazzi family were adapted in a creative manner. In the genealogical trees of the Pac family at the end of the 17th century, alongside their Roman origins, we also find a story about the participation of the Lithuanian Pac family (later the names Wilhelm and Stephen were found for them) in the first Crusades, liberating the grave of the Lord from the Turks (a clear chronological inconsistency borne from 17th century realities, that being the wars with the Turks).

This story was important for the Pac family in the context of events of the time. Field Hetman Michał Kazimierz Pac led the GDL troops against the Turks in the famous Battle of Khotyn in 1673, while his life was guided by the ideal of the miles christianus that was revived in the Baroque period. In the Saint Peter and Paul Church of Vilnius, which he funded, he had indicated plans to build a Chapel of Knights, in which trophies from the battle would be kept, which were two Turkish drums. The "discovery" of his predecessors that had become famous through their knightly merits gave his military victories a historical parallel. With Roman beginnings, Crusader fame and a halo of holiness, these three prominent Pac family members gained a secular and spiritual history that was on par with their political influence.

The changes of historical, literary and hagiographic plots reflect the character of the communication between various European regions at the time, the pragmatic interests of the participants and cultural values. The personal ties that developed between the nobles of Florence and Lithuania are real evidence of the GDL's aristocracy immersing themselves into the world of Europe's royalty. The European "discussions" that arose in the 18th century concerning the origins of the Pac family reflect the image of the class unity of Europe's royalty that had formed, in which the families of GDL nobles had a place as well. The Western-leaning foreign policy of the GDL in the period of its union with Poland was not as strong as before. However, one cannot maintain that there was no such policy at all, or that only Polish diplomats carried it out. It would more be more accurate to say that relations with Western Europe entered a different kind of phase, taking on a form of relations between people or families.

The theory of the origins of the Pac family, the various literary works tied to it, and the iconographic heritage allows one to feel the power of genealogical tradition, which easily elevated some from one place in Europe to another, and was creative in creating unbelievable family ties and misleading even the most sceptical of critics.

English Aristocrats in Kražiai in the Middle of the 16th Century