lzinios.lt
aA
Discussions in the public sphere and political couloirs testify that Lithuanian political powers have yet to grasp the scale of their loss in the municipal elections. Led by the understandable desire to fight to the end, party politicians seek to glimpse hope and prospects in numbers, thus they inevitably turn away from the unpleasantness of reality, Bernardas Gailius writes on lzinios.lt. 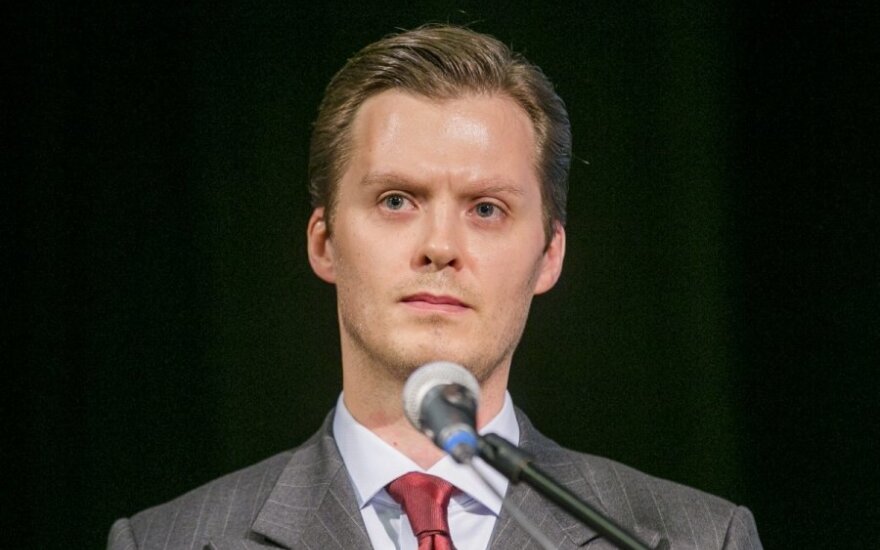 An excellent example is the Conservatives celebrating victory. After all, it is not all that important the Conservatives earned the most mandates of all parties. For them it is just the difference of a dozen mandates compared to the 2015 elections.

If even the highly committed Conservative voters are moving to the side of the committees, what are we to talk of other parties. Perhaps it is normal that party representatives dare not look at the abyss looming right under them.

The Social Democrats are in the worst position of all. They lost to specifically the "Farmers" and are likely doomed to continue dissolving. In the forming new political divide between oligarchy and democracy, Social Democrat voters are seemingly more inclined to the oligarchic party.

Thus, these voters will choose the power best representing the oligarchic worldview and the dominant power on that side of the political barricades. The Social Democrats are certainly not fated to become such a power any time soon.

In the 2015 municipal elections, the Social Democrats won and gathered the most mandates (not just among the parties like the Conservatives this time, but the most overall). However, in 2016 it was the "Farmers", who won the Seimas elections. Current results show that this process has accelerated, not halted.

Thus, the Social Democrats are in dire straits. Incompatible interests will continue to rip them apart.

Social Democrat politicians, who will catch the scent of real power for themselves, will demand for the party to walk in line with the "Farmers". Those, whose personal future prospects will be more in question, will justifiably speak about the necessity to take distance from the "Farmers" as much as possible.

Either the Social Democrats begin collapsing already in the run-up to the Seimas elections or in 2020 they may face an even greater explosion that in 2016.

However, it may turn out, today one thing is clear – the oligarchic party is taking charge. In essence, most of the electoral committee votes should be attributed to the "Farmers" and their ruling coalition.

Most of those voters directly or indirectly, consciously or subconsciously, every one due to their own reasons concedes to the benefits of oligarchy. Direct mayoral elections revealed and strengthened their inclination to seek chiefs, who have "proven" their ability to lead.

It matters not if such a desire for a good chief is due to faithfulness for paksist "serious man" archetypes or if it is the liberal comparison of politics to management and the "professional" image that arises from it. The "serious man" and "professional" are simply two sides of the same coin.

Both images help to form a "ruling class", which rules over "common people." Voters of electoral committees, which gathered around leaders, see this divide of "ruling" and "ruled" as acceptable or perhaps even natural.

Just look at R. Šimašius and Visvaldas Matijošaitis' campaigns and find ten differences. "The Mayor and his Team will create a city of the future," such a summary fits both of them. (By the way, the capitalisation is not made up by me, but taken from R. Šimašius' committee's Facebook page: "During this term, Remigijus Šimašius and his Team drew Vilnius out of the swamp of fraud and debt. Let us not allow the dark times to return to our beloved City."

The same imagery of an indebted past, improved now and bright future, the same young and energetic faces and voices, the same "professionalism." Of course, this is also influenced by both mayors heading major cities, which compete on everything, including a stadium.

However, R. Šimašius and V. Matijošaitis' rhetoric is not just similar. It is nearly identical. This is not a superficial or accidental happening. Behind both lies the same political worldview, which has come to believe in the naturality of the "ruling class." It lies behind R. Šimašius' rival Artūras Zuokas too, but this changes nothing.

Thus, voter support for committees means support for the new political direction represented by the "Farmers." It very much seems that voters will choose this direction also in the 2020 elections.

The future fate of Lithuania will depend on how much influence democratic opposition will retain and how well it will fare to maintain the fundamental constitutional rules of the political game.

Politicians and political scientists will analyse for a long time yet, how Adolfas...

Last weekend, the Lithuanian capital city of Vilnius elected the first openly gay politician to its...